A few years ago, a friend asked me what my comfort movie was.

“I have a couple,” I said. “But probably the first one that comes to mind is this French movie, La Faute à Fidel! Blame It on Fidel, in English.”

“It’s about a nine-year-old girl in the ‘70s whose parents become socialist activists.”

“OK,” said my friend. “That … sounds like a pretty weird comfort movie.”

Maybe it is. But maybe it’s not. When I first saw it, it was 2007, I had recently turned 20, and I had just realized I could see movies by myself. It was a time of great change in my life, though I didn’t recognize it as such. Somehow, subconsciously, I felt drawn to a movie that was all about change.

In Blame It on Fidel, the debut film by Julie Gavras, Anna de la Mesa is living a comfortable life in a Parisian townhouse with her brother and parents. She loves her Catholic school, her Cuban nanny, Filomena, and stories about princesses. But then her aunt and cousin arrive from Spain to stay, indefinitely, and an uncle she never knew dies. This family tragedy and a changing world propel her parents into a new way of life, and Anna and her brother François are brought along for the ride. Her journalist mother Marie and lawyer father Fernando are fighting for what they believe is a better world: she is writing a feminist book called The Right to Live Differently, and he is on the actual other side of the world, in Salvador Allende’s Chile. Anna does not see this. All she sees is change, upheaval and loss, and she can’t understand it.

“There’s something about this movie,” I told my then-boyfriend, a film major. “I don’t know what it is, but it’s stayed with me.” I don’t know how many times I saw it in the theater. Friends watched it with me and enjoyed it, but no one had the same connection with it that I did. At one point, I brought it up in a theater development class and talked at such length that my teacher had to say, “I’m going to stop you there, because otherwise you’re going to go on about this movie forever.”

It was a warm, wise, funny little movie, but for me it went beyond that. I couldn’t fully explain why, which was frustrating to me, because like Anna, I wanted to know the answers to things. Fidel was most definitely not the story of my life: when I was Anna’s age, I was a moderately famous child actor living a lower-middle-class life with a recently widowed father. He was a libertarian.

So yes, my situation was different. But what Gavras got right was the feeling of being a child, and knowing something is going on, but not being able to understand what. As someone who has been reading scripts about children since I was five years old, I’ve got to say it is rare for adults to get a child’s point of view right. Either the kids in scripts are just like adults, or they are there just to look cute. But Fidel follows Anna closely. What we learn, we learn through her eavesdropping, or the little bits her parents are able to explain to her. More often than not, the camera is literally tilted up, looking up at adults’ faces, trying to make sense of what they say and do. When Anna goes to a protest with her parents, all she can see are grown-ups’ backs. Phrases she overhears, like “group solidarity” and “May ‘68,” are beyond her comprehension. Then there are all the questions, some of which her parents can’t answer. Why can’t she go to catechism class anymore? What’s the difference between the strange bearded men who took everything from Filomena in Cuba, and the strange bearded men coming to meet with her father late at night? What does any of this have to do with her? 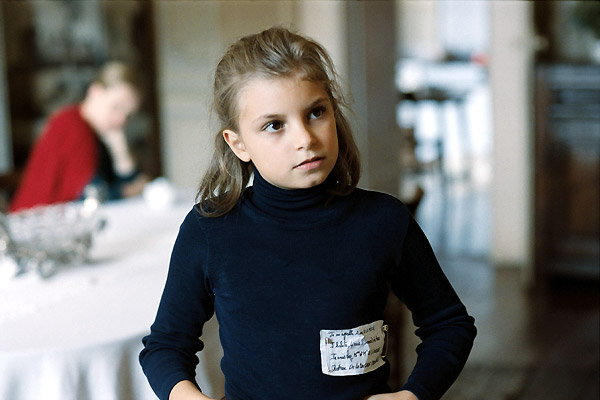 Nina Kervel-Bey perfectly embodies Anna. I’ve heard agents say that what they look for in a child actor is being able to “look into their eyes and see something deeper.” I didn’t know what that meant until I saw Blame It on Fidel. At 20, it was my first time looking at other child actors the way an adult might, from an objective distance, and I could see that look in Kervel-Bey’s eyes. Depth. Concentration. Curiosity. Kervel-Bey, as far as I know, stopped acting after that, or at least put her career on hold for a while. People tend to feel sorry for child actors who work once and then don’t work much after that, but sometimes I think that is the best way. They have less of the struggles of living in the public eye, but all the fun memories of getting to be in a movie, and the benefit of going out on a high note. And a high note it is: Kervel-Bey is very real, very adorable, and very funny. When Fernando insists to Anna, “We are doing this for your future,” the look on her face is priceless as she retorts, “Pour moi?”

But she comes to learn what he means. For that reason, Blame it on Fidel has been accused of being a moral fable for progressives. Critics have said it likens conservatism to selfishness and childishness, something to be overcome as one grows. It’s funny to me, because I grew up believing the opposite: I heard far too often the canard that all young people lean left until they become adults, make money, and learn better.

It’s a belief I had a hard time shaking: when I first saw Fidel, my boyfriend had only recently gotten me to admit that I was not, in fact, a “moderate.” Perhaps that was some of the comfort: while I wouldn’t have called myself a socialist at the time, it was a relief to see an honest depiction of passionate adults who believed in many of the same things I did.

But while you can fight to change the world, nothing is harder to fight than your own family. Marie struggles to stand up to her conservative Catholic Gaullist parents, which affects their relationship with Anna. Fernando’s past is darker: his parents were supporters of Franco, and his sister Marga’s husband was imprisoned and executed for opposing the regime. He fled instead of fighting, which is a source of deep shame and conflict within him. 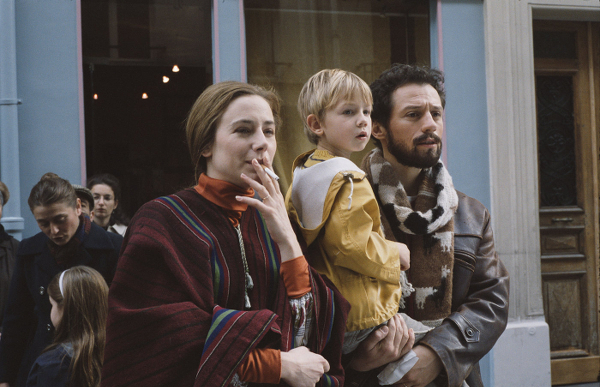 The film does not take an idealistic view of Anna’s parents. That’s one reason why I like it: it’s easy to relate to her, but also to her parents, despite their faults. All Anna can do is try to deal with the changes, and learn to appreciate what her parents are trying to do. And, to some extent, she does. Growing up may not be about taking on your parents’ beliefs, becoming more conservative or more progressive, but it is about acceptance and understanding. What is there to do when her father’s hero, Allende, is killed in a coup? All she can do is take his hand to let him know she’s there.

Sometimes I feel as if I had several different childhoods. There was the time I spent on film sets, with studio teachers who had protested against Vietnam and for unions, with punky assistant directors and gay wardrobe designers, with actresses I kept developing crushes on. There were the years spent with my mother, a Jewish firebrand who channeled her passion into improving our community. There were the years after her death, being raised by my conservative father and my three intellectual older brothers. There were the many changes after my father married my Filipino Catholic stepmother, with a new house and a new set of parental rules. There were my teenage years at an arts boarding school, spent alongside children of “limousine liberals.” Nothing ever seemed to last very long, and it was a struggle to pin down what I believed and who I could trust. I got used to change, upheaval and loss, but that didn’t mean I liked it. Anna’s experiences were not mine, but her feelings were.

Watching Blame It on Fidel as an adult still feels like a comfort. It can be a hard movie to find, and to prep for writing this, I had to go over to a friends’ house to use their DVD player to watch it. One friend, a socialist activist himself, was interested from the beginning, and I figured my other two friends, visual artists, would stick to drawing. But halfway through the movie, everyone was still watching. Maybe it’s because it’s more timely now, or maybe because we’re older, or maybe just because it’s a good movie.

Everything changes. But it’s a comfort to know we’re not alone in that.