Stacy Rukeyser is an award-winning creator, showrunner and executive producer whose new show is the Netflix hit Sex/Life, about a suburban mother who takes a fantasy-charged trip down memory lane. Previously, Stacy was the showrunner and executive producer of the critically acclaimed, award-winning drama UnREAL, about the inner workings of a reality TV show. Her other writing credits include the Golden Globe Award-winning and Emmy® Award-nominated series Without a Trace, as well as Crash, One Tree Hill, October Road, Standoff, Greek and The Lying Game. A cum laude graduate of Princeton University, she resides in Los Angeles with her husband and two sons.

“This is a show about female desire.”

That’s the sentence I wrote at the top of everything – the first story document, the first outline, the first script for Sex/Life. It was an announcement. Because I knew, even then, that telling such a story would be daring, risky, controversial. Mostly because female desire has been seen for centuries – millennia, even – as one of the most dangerous forces in the universe.

And she’s a mom who wants sex? Well, now you’re really pushing it – straight into the face of the lingering Madonna/whore complex of our patriarchy. Martyrdom is the ideal. Sacrifice, part of the gig. Gratitude, the only allowable emotion.

And yet, here I was, giving voice to the secret truth that it is possible for a woman to be incredibly grateful for her many blessings, to adore her children, to love being a mom – and still want more. To yearn for something dreamy and steamy and romantic and titillating, something that will take you away – or, if you’re lucky, back – to a time and a place and a person you once were. To dream of being a wife and mother and ravenous sex goddess, all at the same time.

Turns out, creating a show about a woman who admits she’s had sex and wants more of it – better sex – without making her the villain or punishing her for her appetite is, in itself, a revolutionary act.

To me, Sex/Life is an honest study of a marriage, of a woman’s experience of motherhood and identity – forged in my own late nights in the nursing chair, merged with a sparkly, fever-dream version of my own fabulous single-girl nights on the town in New York City with my best girlfriends and the impossibly sexy men with whom we were obsessed.

It was exciting, as a woman with a fairly healthy appetite of my own, to imagine a new look at female sexuality – nostalgia-fueled, empowered. The kind of sex we dream about, the way we want men to touch us, the way we want it to feel. The female gaze. How could it be otherwise? An all-female directing team, guiding bodies in slow motion, under magical, jewel-toned lighting, the camera focused on our heroine Billie’s experience, lingering on the male bodies, if anything, for Billie’s (and our) pleasure. All wrapped up in a haunting piano score by the Emmy-nominated dream team of Oscar nominee Mark Isham and Isabella Summers (The Machine, of Florence and The Machine). A love letter to men, that’s what this show is, in many ways.

I could see the end of the season. I knew that the dam of desire would break open, that Billie would come to the horrifying yet exhilarating realization that this watered-down, suburban version of herself is not enough. She tries for so long to be “good,” to forgive her husband’s shortcomings, to deny her appetite, and accept – as current feminist thinking tells us – that we can’t have it all, at least not all at the same time. And I knew the audience would be split as she ran to her ex-boyfriend – that half would be yelling at her to stop, to come to her senses, and half would be cheering her on, living vicariously through her release. We crafted it that way on purpose. Fierce, gutsy, unapologetic.

I’m not unaware of misogyny, of the double standard, of how hard even women can be on other women. This is not my first foray into complicated, flawed female protagonists who are, in other words, deeply human. Don Draper cheats on his wife at the end of the pilot. Billie struggles with her decision for eight episodes. Yet Don Draper is seen as rakish, charming, forgivable, whereas Billie, for some people, threatens the very fabric of our society.

I know, I know… It’s not what a woman is supposed to want. We’re supposed to wait. To accept. To allow. We are the receivers, after all. But we all want. Some of us take. And the rest of us just dream about taking. About being brave. About saying out loud what we want. What we need. What we demand. There is a freedom in saying it out loud. And there is a danger. To ourselves, and to the ones we love. And this show is about both.

What has been most gratifying is the number of women from whom I’ve heard who feel this series speaks to them on such a deeply personal level, who feel so seen, who feel we are shining a light on a predicament for women (and mothers, in particular) that no one ever talks about. For them, we have provided a framework for important conversations about identity and fulfillment and purpose. And if that is threatening to the patriarchy, I understand.

At the end of the day, Billie isn’t a “good girl.” She doesn’t stay in her place, doesn’t do what she’s told, doesn’t follow the rules that we teach little girls (consciously or unconsciously) from the time they are oh-so-little. She doesn’t squash her very female desire and simply accept a shadow of the life of which she dreams. Which is good news, I suppose. Because, at the end of the day, neither do I.

Stacy Rukeyser is an award-winning creator, showrunner and executive producer whose new show is the Netflix hit Sex/Life, about a suburban mother who takes a fantasy-charged trip down memory lane. Previously, Stacy was the showrunner and executive producer of the critically acclaimed, award-winning drama UnREAL, about the inner workings of a reality TV show. Her other writing credits include the Golden Globe Award-winning and Emmy® Award-nominated series Without a Trace, as well as Crash, One Tree Hill, October Road, Standoff, Greek and The Lying Game. A cum laude graduate of Princeton University, she resides in Los Angeles with her husband and two sons. 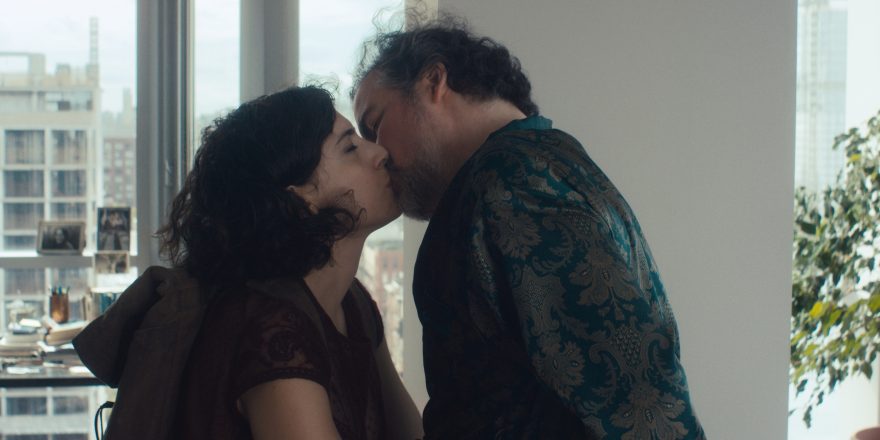