Roger Ebert once said that movies aren’t about what they’re about, they’re about how they’re about what they’re about, and Fred Durst’s The Fanatic is a case in point. A quick description of the premise – an obsessed fan (John Travolta) turns against his favorite actor (Devon Sawa) after the actor is rude to him – makes The Fanatic sound like any one of dozens of similar stalker movies, from Tony Scott’s The Fan (and Ed Bianchi’s The Fan, for that matter) to Martin Scorsese’s King of Comedy. The Fanatic owes something to all of those films, but what sets it apart and gives it a greatness all its own is its precise evocation of a side of Hollywood that is familiar to those of us who live here but is rarely well captured on screen. If Once Upon a Time … in Hollywood is a dream of Hollywood’s past, The Fanatic is a nightmare of its present, a relentlessly unsettling portrait of figures who drift around the city’s margins filled with passion that has no proper outlet, people who love the movies – or at least the idea of the movies – but have not been blessed with the talent to apply that love in any meaningful way.

Moose, the disturbed and disturbing but, thanks to John Travolta’s bold and brilliant performance, touching and tragic autograph collector at the heart of the story, is a spiritual cousin to characters like Mary Beth Hurt’s Joey in Interiors or William H. Macy’s Quiz Kid Donnie Smith in Magnolia, people who, as Donnie says, have love but nowhere to put it. Puttering around the dingier areas of Hollywood on his scooter (contrast these scenes with Brad Pitt cruising in his convertible in Once Upon a Time … in Hollywood and the differences between the two movies and their worlds crystallize immediately), Moose is motivated only by a desperate need to connect with people, a need that manifests itself in an obsession with collecting memorabilia associated with the stars he loves. His primary fixation is on Hunter Dunbar, an arrogant and rude movie star completely unworthy of Moose’s adoration; when Moose is finally able to make contact with his hero, he is driven to psychosis by the disconnect between his fantasy of Dunbar and the cruel reality.

This schism is at the heart of everything Durst and screenwriter Dave Bekerman get right in The Fanatic, a movie that is sympathetic toward Moose and the oddballs like him who haunt L.A.’s collectible stores and repertory theaters, yet completely cognizant of the ways in which their peculiar fanaticism makes them off-putting and barely able to function in the off-screen world – a guy like Moose is only comfortable relating to fantasy figures on screen who can’t actually interact with him. His apartment is barely better lit than a typical screening room, and most of his meaningful conversations are with himself or people he imagines in the room with him. He’s caught in a hopeless feedback loop that originates in his own head; his social ineptitude forces him to withdraw into his fantasy life, which makes him even more socially inept, which forces him to withdraw further, and so on, until he completely loses his mind – a mind that was extremely unstable to begin with.

One of the many impressive things about Travolta’s highwire performance is that he starts the movie at a pitch that seems impossible to sustain, and then consistently ramps up the intensity with every scene. It’s an astonishingly brave performance in its refusal to soft-pedal Moose’s many alienating qualities, yet early on Travolta finds the innate humanity in the character and manages to convey it clearly and affectingly without winking at the audience or betraying the truth of the troubled outcast that he’s playing – it’s similar to what De Niro achieves in Taxi Driver. While that film and King of Comedy are clear touchstones for Bekerman and Durst, echoes of another Scorsese masterpiece resonate throughout The Fanatic. Its Hollywood is, like the New York of Bringing Out the Dead, a city of ghosts – both the ghosts of an idealized past that Moose longs for as he clings to the nostalgia supplied by the artifacts he collects, and the living ghosts who haunt Hollywood Boulevard, lost souls cast aside and forgotten. Whereas Once Upon a Time … in Hollywood opens with a montage of glamorous people in glamorous settings, the defining image of The Fanatic’s opening credit sequence is that of an immobile homeless man on the sidewalk – a man who might be sleeping or might even be dead. Who would know?

All of this might make The Fanatic sound more depressing and dreary than it actually is; in fact, one of the most remarkable things about the movie is how entertaining it is amidst all of the despair and loneliness it depicts. Bekerman and Durst have a great eye and ear for the rituals and vocabulary of the offbeat loners who exist on the periphery of the Los Angeles film scene, and many of Moose’s interactions in book and poster stores and on the street are as funny as they are awkward and uncomfortable (again, comparisons with King of Comedy seem apt). The best scenes in the film elicit complex and contradictory emotions not just from the characters but the audience; when Moose and Dunbar’s conflict escalates in the final act, the complicated tensions that have been carefully developed by both the screenplay and Travolta and Sawa’s performances culminate in moments where the viewer’s sympathies are skillfully jerked back and forth. It’s hard to overstate just how good both actors are in these later scenes; they’re playing types that we’ve seen many times before, but the specificity of their behavior is totally unique to these characters and this film.

In the end, The Fanatic feels like the logical culmination of Travolta’s work thus far, even though it’s a character unlike any he’s ever played. It’s of a piece with films like Saturday Night Fever, Urban Cowboy, and Perfect, movies that endure because of their meticulous presentations of distinctive subcultures. This has always been what made Travolta one of our greatest stars, his ability to burrow into the minutiae of a carefully circumscribed world (the original title of Saturday Night Fever, “Tribal Rites of the New Saturday Night,” says it all). It’s also what makes him one of our finest actors; like De Niro at his best, Travolta consistently inhabits his characters so thoroughly and with such committed attention to detail that he always seems to be playing himself – a stunning fact when one considers how completely different Tony Manero, Jack Terry, Vincent Vega, Moose and all Travolta’s other creations are from one another. As someone who has been a celebrity since he was in his early 20s, Travolta presumably has a lot more in common with Hunter Dunbar than he does with Moose, but somehow he finds himself in the character in a way that allows us to find ourselves in him too. Given where the movie and the character go, it’s an achievement that’s moving, chilling and, ultimately, deeply rewarding. 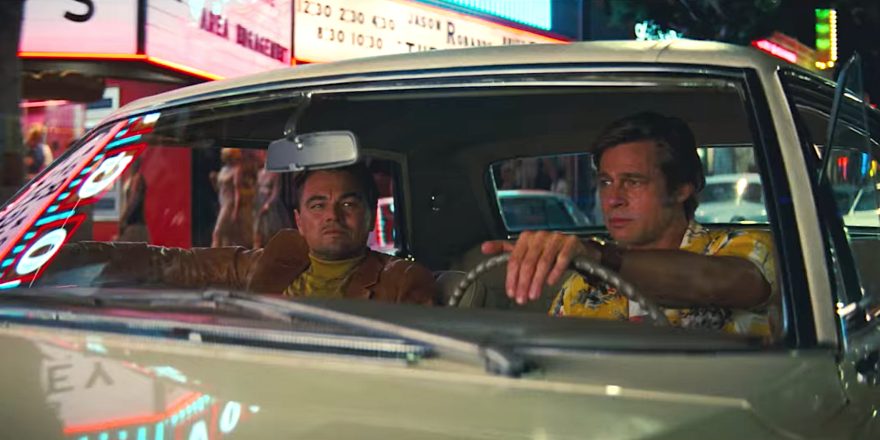 Once Upon a Time … in Hollywood is … My God, What a Movie! 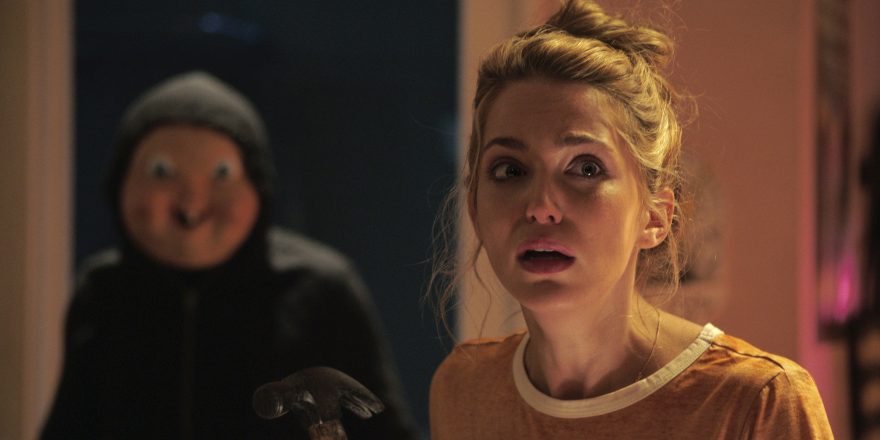