Hanif Abdurraqib is a writer from the east side of Columbus, Ohio.

The thing songwriters like Springsteen never get enough credit for is how they don’t obsess over the neatness of resolution. At the end of “Atlantic City,” everything is pretty much as fucked up as it was when the song starts. There’s no real letdown in this, for me. When people who write songs are tasked with providing hope to groups of people with varied interests, concerns, and heartbreaks, there is sometimes nothing to do but reaffirm the mess. To treat an ending simply as an ending.

Dan Campbell is one of these specific kinds of writers. A thread through all of his work, both with The Wonder Years and with Aaron West and the Roaring Twenties, is that no one in this world is obligated to love you. To lift your wreckage from the earth and carry it around as if it is theirs. Sometimes, loneliness is the answer until something better comes along but ain’t nothing better on any horizon that can be seen.

There is a new Aaron West and the Roaring Twenties album, Routine Maintenance. This is the third project from the outfit born out of Campbell’s imagination and desire to refine his guitar playing. We Don’t Have Each Other was released in 2014, Bittersweet, an EP, was released in 2016, and now this album. The Aaron West Universe is cinematic in nature and relies on a listener immersing themselves in all of the songs, chronologically. One can drop in at the middle of Bittersweet, for example, you might marvel at the winding lyrical threads, or the sonic and emotive explosions, but the story itself might be a little hard to zoom in on. Aaron West is a complicated and delicate character, on who Campbell has put a lot of thought and energy into crafting. To listen to these albums is to be a witness to a project that is just as much a literary endeavor as it is a musical one. As you wouldn’t open Gatsby to a random page and seek to understand each character’s movement’s, Aaron West is someone deserving of a full scope of engagement — from start to finish. The project of Aaron West is one of heartbreak, primarily. But not the overarching nature of it that is sometimes glossed over in movies and, yes, in songs. Aaron West lost his father, his wife, and his unborn child, all within a year. It would be tempting for a writer — particularly a writer inventing the interior of a character — to hammer away at the loudest parts of grief. Instead, the first two Aaron West projects deal mostly with ideas of distance and isolation. The part of heartbreak that so many people often get wrong: what happens when you have decided to survive, despite all the reasons you might not want to.

Routine Maintenance is the richest and most layered of the Aaron West albums from a standpoint of sound. The horns and small vocal choirs burst through with clarity. Silence is as much of an instrument on the album as anything else. Campbell has gotten seemingly more confident with his guitar playing in tandem with the band through every Aaron West album which, from my estimation, has made his song writing on this project more narratively daring and committed to propelling Aaron forward with empathy and vision, not for a neat resolution, but for a difficult one.

The redemption arc for Aaron West becomes clear on this album, and it’s not like I didn’t love reveling in the mess of Aaron West for all of the songs before these. It was good to hear songs where someone was deep in the shit, with no plans of crawling out. Because I’ve been there. I’ve not wanted to get out of bed some days, and so I didn’t. I’ve taken to the road with no destination in mind and driven until it got dark, and then driven some more. It was good to hear loud, sad songs about a guy who just couldn’t get it together. But you can’t sell that forever.

And so Routine Maintenance is Dan Campbell’s great act of generosity. One might get the sense that Campbell, having built the protagonist of Aaron West, grew tired of West only being a vehicle for suffering. On the other side of suffering is, sometimes, more suffering. But with newer, and fresher eyes on the world. In Routine Maintenance, Aaron West doesn’t become OK with the world, but he does become OK with himself.

The album opens with “Lead Paint & Salt Air” where we find West painting houses in Asbury, content with the fact that he’s taken up smoking again — a habit he was trying to kick when we were introduced to West on the first album. In “Wildflower Honey,” West ruminates on the pains and pleasures of hitting the road and playing songs. He’s still a haunted character, of course. “Bloodied Up In A Bar Fight” is exactly as it sounds, ending with West as the owner of fresh black eyes, realizing he’s got no one he loves that he can call. But those moments are balanced with the New Aaron West, who seems committed to finding his own purpose through all he’s endured. There are dark highways, and lost family, and plumes of cigarette smoke. But a listener gets the sense that West is more controlled than he was in the earlier parts of his story, where he’d break phones or be quick to lose his temper. He once craved the calmness of a shoreline, and now he can almost touch it.

Coming up, I found myself invested in so many genres of music where men wrote about heartbreak and punishment as synonymous entities. Pop-punk, hardcore, emo, whatever sits at the intersection of all those things. Men wishing revenge on someone who simply stopped loving them. It was the easy way to get the boys singing along. To build a world where they imagine themselves as victims, all of their pain capable of being traced back to someone else.

It is much harder, instead, to write about how one becomes responsible for their own pain. How, of course, love is a choice. Shared love, a choice between two people. And sometimes, one person decides to stop choosing. And, even in the days or weeks or months after that moment, your own pain becomes your own responsibility. As much as I look back on the songs I once sang along with, or the victim I once thought myself to be, it remains exciting to hear Dan Campbell taking the more difficult way out with Aaron West — the project and the character himself. The songs are all about that which is beyond repair, which in this new/forever America feels like everything at once, and in our respective small Americas feels like even more. It is, it seems, one thing to look across a great distance and know there is that which you cannot fix. It is entirely another thing to look in your own mirror and see yourself as an unfixable thing. Not always unfixable, but for a moment or a tapestry of moments that feel like a lifetime. Throwing your fist against some immovable object until a little light spills through. Routine Maintenance is the light spilling through. And I would like to close, once again, with generosity. How, through Campbell’s textured approach to writing, I once again feel like I am allowed to be present with this imagined character. A person I would not know even if they were real. And yet, I am there with Aaron West. Painting a single strip of a house, or dragging him from a bar fight, or watching him puff large clouds of smoke into the night, fading and then gone.

Hanif Abdurraqib is a writer from the east side of Columbus, Ohio. 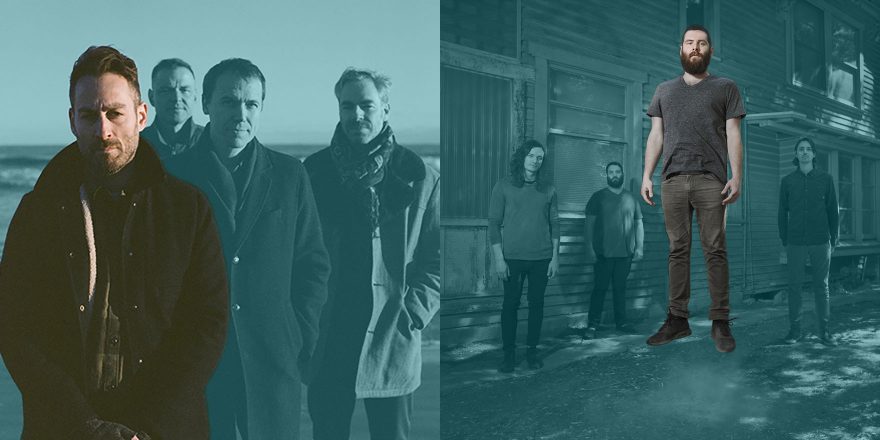