I’m not really a film connoisseur or cinephile. It’s one of my main insecurities. Having not gone to film school or even had what one would call a “love” or “obsession” for the medium, I never in my adolescence developed a watching habit.

To cure my insecurities and inform my “work,” I have devised and procrastinated on implementing many strategies designed to fill the gaps in my knowledge of film history, technical achievements, aesthetic leaps forward and the like.

One unused strategy was taken from my music-consumption strategy. Choose a director or actor or writer or D.P. who I’m interested in and watch their filmography top to bottom. I first tried this with Fassbinder, but after his early career masterpiece Ali: Fear Eats the Soul, I started jumping around.

Masterpieces have a way of interrupting my expectations of where the filmography will go after. That film was a sort of ballast in Fassbinder’s oeuvre after which my palette was gilded – trained toward a combination of tastes that are inherently irreplicable.

In Taika Waititi’s filmography, Boy was that film for me. It is a masterpiece that came so early that it created a set of expectations for his subsequent films that are inherently unmeetable.

If you haven’t seen Boy, remedy that now. Or. Maybe. Don’t.

Go see What We Do in the Shadows, then see Eagle vs Shark. Then see Thor: Ragnarok when it comes out. Then see Wilderpeople, then wait for his next film. Then after that film, go see Boy. It will make the other films feel like a crescendo, a pleasurable ascent to the summit.

Actually, do the above. But also go see Wilderpeople this weekend because it’s a fantastic film that is best experienced in a movie theater with humans and darkness and lots of speakers and a big blockbuster-y screen. And popcorn, if that’s your jam.

I realize that everything I wrote above makes Wilderpeople seem like a letdown, but I assure you it is not. It’s a pitch-perfect action comedy that nails the maximum degree of difficulty gestalt of pulling consistent sincere laughs with the same torque as it pulls heartstrings.

It also makes it super clear that something must have happened with Taika’s parents. Between this film and Boy, you have a sort of diptych exegesis on the effects of fatherlessness on young indigenous boys in a white supremacist society that others both their physical bodies and their culturally defined construction of masculinity. (See the protagonist in Boy‘s obsession with Michael Jackson and the protagonist in Wilderpeople‘s obsession with Tupac, both men of color negotiating the intersectionality of the Eurocentric construct of masculinity, brown-skinned African-ness in America, and visibility in a society that renders people that look like them invisible. Also dig deeper and get into the fatherlessness that both felt; I’d argue that Joe Jackson was more of a demanding manager than a father.)

This movie’s min strength is its lead. The character is written as an absurdist take on what we seemingly arbitrarily decide is normal behavior for a child (especially a child dealing with the psychological trauma of the foster system). An opening montage lists a litany of (insignificant) stuff as the reason why this kid is being sent to the end of the earth to grow up in isolation. His rebellion is similarly cast as a complete absurdity; running away means waking 100 meters from the house, where he has fallen asleep. He becomes a fugitive when he burns down a barn after the death of the only maternal figure he knows. This last transgression – that really isn’t one – is met with an outsized reaction: the state hunts him like he is literally a fugitive murderer or something. They have body armor and AR-15s and helicopters. Echoes of the more grave criminalization of the brown body come to mind when I think back on the film now, but at the time the deeper meaning of this absurdity was mostly couched in the subtext and maybe even arose from Waititi’s subconscious, if it arose at all.

The movie has two young stars who are worth calling to the forefront. Tioreore Ngatai-Melbourne makes an impressive turn as Kahu, a sort of mirage/siren who turns out to be real and benevolent, who takes in our young hero, Ricky Baker, and sings him to sleep and calms his many anxieties about his place in the world. She exudes a majesty and comic genius that made me hope to see her in many films to come.

Julian Dennison, who plays Ricky Baker, is a rare find. He’s just fun. He exudes pure joy and delight. He’s hilarious in his own dry, innocent way that flirts with some deeper-seeded darknesses and an obsession with guns and thuggery (the fashion no-no that is AOP hoodies, for example).

I love this kid and I love this movie and I have nothing more to say other than I hope you vote with your wallet and go see it. 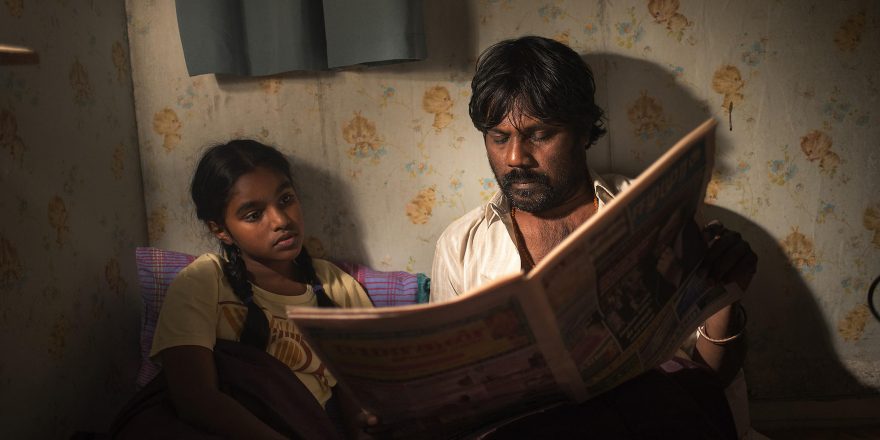 Terence Nance on Why Jacques Audiard’s Dheepan is Essential Viewing