Costa Rican psych-rock band Las Robertas took a break from recording their next full-length album to put together this week’s Talkhouse Weekend Playlist on Milq. Below, you’ll find the perfect mix of summer psychedelia for Costa Rican sunshowers. And take a moment to check out the latest tracks from Las Robertas on their Bandcamp page.

Donovan — “Hurdy Gurdy Man”
We were just in San Diego recording our next LP, and one night, we were listening to records with Jon, our producer, and he showed us this song and it was so perfect.

The Beatles — “Rain”
It rains so much in Costa Rica, and it’s very easy to get moody and lazy because of the rain, so this is a happy rain song, that helps me drive through tropical storms in the afternoons with awful traffic.

The Rolling Stones — “2000 Light Years From Home”
I simply love the mysticism of this song and it definitely shows a weirder side from The Stones. We really want to cover this.

The Babe Rainbow — “Evolution 1964”
Sometimes it’s so hard to believe that this is a modern band… their songs, design and band image are SICK and this song, really explains the feeling and fantasy to hop in a time machine and go back to the ’60s.

Nancy Sinatra & Lee Hazelwood — “Summer Wine”
We listened a lot to this record, especially on our way to practice, we had to drive for around 1 hour every Friday, and this was basically our soundtrack.

Moodoid — “Je suis la montagne”
We love the sound of this song is a mix between old ’70s psychedelia with modern spacey ethereal voices and acid guitars, definitely the name reminds me of Jodorowsky’s Holy Mountain and the lyrics full of psychomagic. Very trippy stuff! Would love to hear them live one day!

King Gizzard & The Lizard Wizard — “Work This Time”
The band not only has a great name, this song is perfect for a chill mood, love the downtempo, the bass and guitar riffs are crazy good! The voice subtle and fades away with those liquid guitar effects in the chorus. We love this band!

Harumi — “Fire By The River”
This has been a recent discovery from 1968, this band is a great reference for that classic psych-pop. The story behind this band is crazy and to cut it short Harumi was produced by the legendary producer Tom Wilson, he found out this great Japanese male artist with a girl’s name and took him under his wing.

Lorelle Meets The Obsolete — “The Myth of The Wise”
Here is an amazing Mexican band. Sound-wise for us they have everything going for them, is a great mix between the old sound with the modern sound, rad acid guitar riffs with heavy distortions at times but smooth trippy airy voices. Definitely this is a band we have listened a lot lately and has inspired us in many ways since it came out.

Crystal Stilts — “Spirit in Front of Me”
This band has had a big impact on us through the years. The reverse guitars, the deep basses, and loopy drum arrangements are something to dream about.

Morgan Delt — “Barbarian Kings”
This is also a new discovery. Reminds us of that experimental phase of the Beatles mostly the choruses are very George Harrison and John Lennon-ish, the guitar arrangements are beautiful and the voices so classic as well as the album artwork. 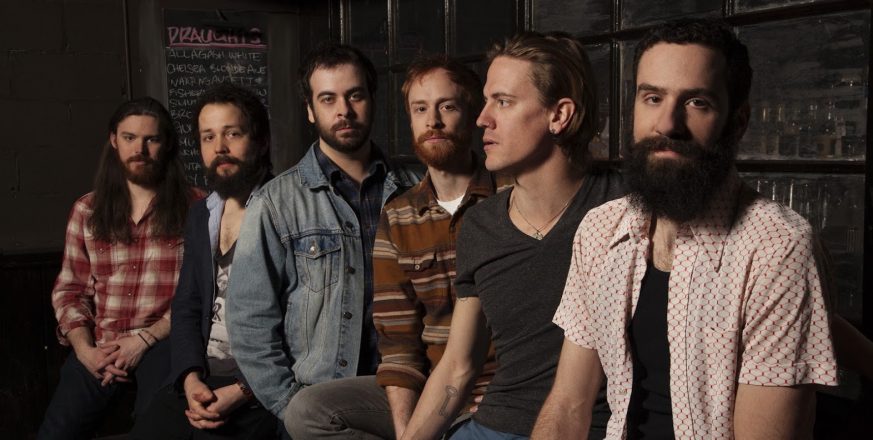 Talkhouse Weekend Playlist: The Hollows are Full of Summer Vibes and Inspiration