I first came across Penelope Isles on KCRW, and I was instantly hooked. The UK group’s first full length, Until the Tide Creeps In, is due out this Friday via Bella Union. And following the success of their hit single “Leipzig” — a song inspired by their time touring in Germany — we asked the band about their Autobahn soundtrack. Check it out here!
—Keenan Kush, Talkhouse Operations Manager

Oh, how could we possibly whittle down the hundreds of anthems we love singing our hearts out to in our beloved van? This is what we got… Here’s 10, for your health.

Bloc Party ‬— “Like Eating Glass”‪
The opening track to one of the greatest indie guitar albums of all time! This is the perfect tune to get into the van and pull out of the driveway to… but we don’t have a driveway, or even park near our house as the parking restrictions where we live in Brighton suck. So we usually have to cycle a mile to the van and then blast ‪Bloc Party‬ and hit the road. A massively important song to us. What a banger.

Flaming Lips‬ — “Race For The Prize”‪
One of the most feel-good tunes ever recorded; always accompanied by a lot of air drumming! Our sound engineer Max is most prone to playing this song. Such a massive drum sound and the main synth/strings riff resembles a beautiful orchestral song, which yanks hard on our heartstrings. Always a reliable pick-me-up if we are feeling particularly sluggish or spiritless in the van. It will be an absolute honor to support ‪The Flaming Lips‬ in Glasgow in September later this year. #goodjobwayne

Joe Jackson — “It’s Different For Girls”
We listen to a lot of BBC6Music on the road and this was one of many finds when listening in. We often text in to get a shout-out but never seem to make the cut! 6Music if your reading… holla at us! “Its Different For Girls” hits the spot on a regular basis.

Frank Ocean — ‪‬”Ivy”
Has an angel fallen from the sky? Does he need a warm blanket and a hot choccy? Oh no, it’s just little ‪Frank Ocean‬. One of the most beautiful love songs written in 2016. An incredible blend of chorus/tremolo/rock ballad guitar, and sweet, soulful R&B vox. Oh, the passion. Not to forget the finishing lyrics, “I could drive all night,” which is fitting for long journeys back to Brighton. #blondeshavemorefun

Steely Dan — ‪‬”Turn That Heartbeat Over Again”
Our dad is called Michael. One of our besties is called Michael. Singing this chorus in unison is a salute to all the marvelous Michaels. Can’t Buy a Thrill has got to be one of the most musically satisfying, creative and coolest albums ever. A real challenge to pick one track as we often blast it start to finish, but this one holds a precious memory of driving to End Of The Road Festival together last summer. #steelydanmeansdildo

The Magic Numbers — “Ride Against The Wind”
Absolute tune. We were lucky enough to tour with the Numbers last spring. Not only did we hear this album live every night, but we listened to it in the van on the way to the next venue too. This track represents badass women, with hard talent and mean leather jackets. Windows down, turn it up, let the Isley Brothers’ guitar ride the wave of the family-filled harms, and that classic Magic Numbers butterflies feeling. #recklessmama

Deftones — ‪”Diamond Eyes”‬
‪Deftones have always been close to my heart, especially from a younger age when getting into playing guitar music. I have always related to Chino’s falsetto style of singing. The gentle floating melodies soaring over the loud guitars has always stood out. “Diamond Eyes” usually gets a play late at night providing the sound to the lights of the city and the motorways. Everyone else is usually asleep so I get my ‪Deftones‬ and Tool Fix. ‬

Radiohead — ‪‬”Glass Eyes”
A beautiful piece of music from ‪Radiohead‬’s latest album, A Moon Shaped Pool. It’s another song that sounds so beautiful on a late drive after a show on the way to somewhere else. So sonically beautiful and perfect in its little pocket of sadness.

The Replacements — “Swingin’ Party”
Some songs just hit the spot! A fairly new discovery/addition to the Penelope Isles van anthem list! Big up the guy from Amsterdam who was wearing a Replacements t-shirt the other day.

Neil Young — ‪”Tell Me Why”‬
A song that reminds us of our brother back on the Island, Brian Brough, who we used to sing this with years ago. Neil has a way of bringing out your happy tears, always managing to hit that sweet spot (particularly throughout After the Goldrush). We are hoping to cover this for a few festivals this year. So far, all of our covers have been ‪Neil Young‬ songs. #addictiyoung 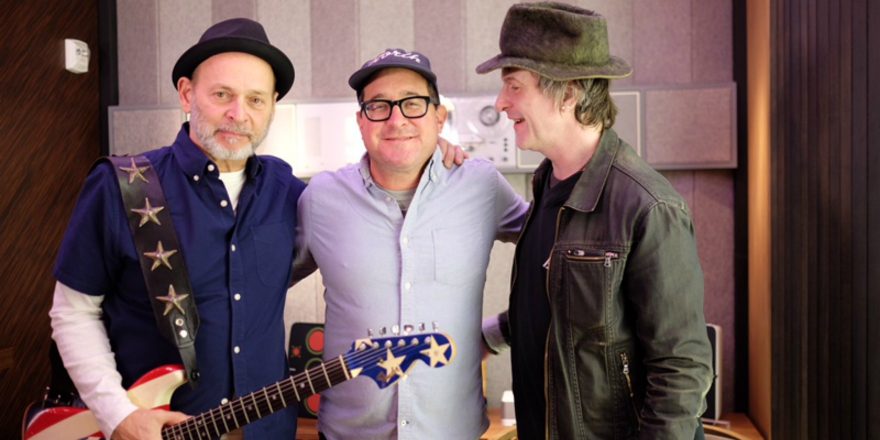 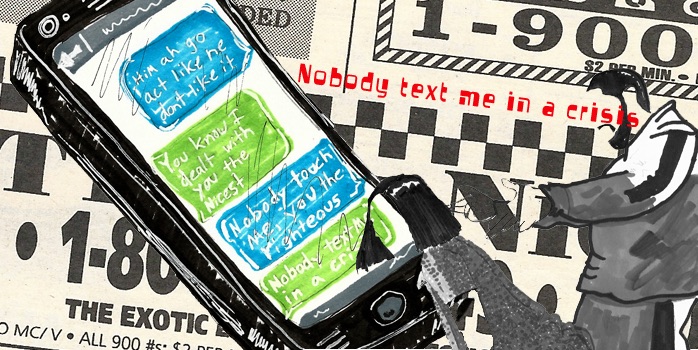