Ren Aldridge is the frontwoman of the feminist hardcore punk band Petrol Girls.

I took my younger sister Lottie to her first festival when she was 16 and I was 20. 72 precious hours of throbbing bass, hands clasped through heaving crowds, rum and coke mixed in a plastic bottle and slurped between warm beers, shrieking with laughter in a ball pit. A mud-baked shark onesie, faces sticky with glitter and sun cream, and a foiled attempt to steal an inflatable dinosaur from the top of a food truck. The relief of rolling over to see the top of her head poking out of her sleeping bag, having sworn to our mum that I wouldn’t let her out of my sight. Crawling out of our sweaty tent to cool sore heads on dewy grass.

Boomtown Festival, near our home town of Bristol in the UK, hosts a riotous mix of music genres, including both Lottie’s world of drum and bass and my passion of punk rock. Little did either of us realize that it would also become the first place that our vastly different musical paths would cross, as we returned to the festival a few years later, this time, as artists: Lottie as drum and bass/Jungle DJ Frenetic and myself as part of the feminist punk band Petrol Girls.

My knowledge of drum and bass is literally at the, “but where’s the drum kit? I don’t see a bass guitar?” level, but I wanted to interview Lottie, not only as my sister, but as another young woman making waves in a male-dominated music scene. There are many parallels in our experiences.

Ren Aldridge: How do you think 16-year-old you would react if you could time travel back and tell her she’d play at Boomtown? Do you think she’d believe that would be possible?

Lottie Aldridge: No, not at all! It was exciting to go back ‘cus the first Boomtown in 2011 did a lot for me musically. It got me into a lot more Jungle and drum and bass, so to be able to go back and actually play that music to people was crazy. It was very surreal and pretty special. I’d never have believed it would have been possible.

Ren: In the past both of us have been involved in organizing events: you in drum and bass, and myself in the punk scene. Was there a specific point when you decided to… Can I say “take to the decks” yourself?

Lottie: I guess you could say that. [Laughs.] To be honest, I’ve been wanting to learn to mix since I was about 16 but I could never afford the DJ equipment and no one really gave me the time of day to be like, “Yeah come round and have a mix, I’ll show you.” It’s something I’ve been wanting to do for ages and I guess I just gave up for a little while, but I loved being involved in the drum and bass scene, helping out with the promo, flyering, running room 2’s and running my uni’s drum and bass society. I did love being involved in events and stuff. I did it for ages. It was just nice to be involved in the scene and it was really good networking as well. It made my life a lot easier coming back to Birmingham from my year abroad as a DJ, because I already knew all of the promoters.

Ren: That’s ace! So I’m going to cut right to the feminist stuff. What barriers do you face as a woman in the drum and bass scene, and how do you deal with them?

Lottie: Oh god, I don’t know where to start. There’s a lot of misogyny and sexism within drum and bass, particularly in certain subgenres. I can walk into a drum and bass night and there’ll be an MC on stage chatting in quite a violent and aggressive way about having sex with a woman. That’s never a nice thing when you walk into a venue and you’re jumping on the decks in ten minutes. Dealing with that is difficult because it’s very ingrained in the scene. Some of the founders in the drum and bass scene and the MC world have spoken about women like that for a very long time, and a lot of people take inspiration from that, so it’s very difficult. And as a girl, it can be very hard to tell people off for it — and I do! I’ve turned someone’s mic off before because of it. I’ve kicked someone off my set for it. And I’ve also had words with MCs that wanted to work with me. I turned around to one guy and just said, “No I’m really sorry, I rate you as an MC but your lyrics aren’t really what I’m about.” I was really nice about it, and actually had a really positive response back, which was cool.

I just think it’s been allowed to happen for such a long time. I don’t even clock it myself sometimes when I’m DJing. Sometimes I can’t hear the MC through the booth monitor, or I’m just deep in the mix and someone is being really misogynistic on the mic — you’d think they’d know better with a woman stood there behind the decks. No one’s thought to ever say anything, which is just really weird. From what I’ve heard there was a similar situation with homophobia in the drum and bass scene in the earlier years, and then it just died out because people started being like, “Hang on, that’s not very cool, please stop saying stuff like that,” and it doesn’t happen anymore, or not that I’ve ever experienced. So hopefully we’ll start seeing that happen with sexism in drum and bass as well. But we shall see.

The other thing that really gets me is that if I get a booking, I always feel like I’m the token woman on the line up, and that’s why I’ve been booked. It’s a bit of a confidence killer because I’m like, am I here because people think I’m talented? Or am I actually here because they feel like they need to get a girl on the line up? I’ve had male friends that have been a bit jealous of bookings I’ve had, who’ve turned around and told me I’ve only got that booking ‘cus I’m a girl. It’s basically them telling me that they don’t think I’m good enough to be getting where I am, which is really horrible for confidence.

Ren: I can imagine! I feel like if you’re a woman in music you can’t win. Whether you’re doing really well or totally failing, there’s always people that turn around and blame it on your gender. It’s so predictable. In the punk scene we’ve had some issues with groping and harassment at shows. I was wondering if you have similar problems at raves?

Lottie: I’ve not really experienced it. I think the drum and bass scene as a whole is a very safe place. I know it sounds stupid, but I feel very safe in a rave. I wouldn’t dream of going clubbing now because of all the creepy blokes and stuff, but you don’t really get that in drum and bass ‘cus it’s such a niche thing to be into. People are there for the music. No one’s really there for the purpose of creeping, it’s a very rare occurrence. I think that’s why the drum and bass scene remains so strong and it’s got such unity, because it’s a coming together of people that would not normally come together and get on. It’s one of the few underground music scenes that isn’t totally dominated by white men. A lot of the founders of drum and bass are people of color. And there were a few women — you had DJ Rap, Kemistry and Storm, Dazee.

There were quite a few pioneering women in the scene, a few of them do get overlooked. In my opinion Dazee gets overlooked hugely and deserves way more recognition for what she’s done for the scene. She runs one of the oldest jungle/drum and bass labels in the UK, Ruffneck Ting, based in Bristol and Birmingham, and it just makes me think, if she was a bloke, would she be as overlooked? Kemistry and Storm founded Metalheadz alongside Goldie, which is probably the most widely known drum and bass label. Kemistry really tragically died 20 years ago in a freak accident, but her and Storm… I would love to have seen what difference it would have made, in terms of the encouragement of having more women in the scene, if Kemistry hadn’t died. They were the pair. Obviously I wasn’t around at the raves back in the day, but that’s what everyone says.

Ren: Do you think it’s helpful to have those women role models?

Ren: Yeah, I had exactly the same thing with punk rock. I definitely had to see other women doing it to be like, oh, I could do that! So who are the women playing at the moment that inspire you?

Ren: Awesome, so, what exciting things have you got coming up?

Lottie: I’ve got a fun festival season coming up actually, looking forward to that! Playing at Hospitality in the Park in September, which is probably the biggest drum and bass day festival in the UK. I’m opening up the Jungle stage there, which is really cool because Hospitality got in touch with me for that, which I never thought would happen! I’ve got Hospitality on the Beach in Croatia, and a few more festivals, including Truefest as part of the Rumble in the Jungle takeover, Nass, MADE, and another I’m yet to announce. I’m starting a new monthly Rough Tempo show with the Highway Code in Bristol, headed by Trafic MC.

Lottie: I want to be able to make my own tunes and find my own sound. I think at the moment, because production (and DJing, to be fair) has become a lot easier, cheaper and more accessible, the market is saturated. There’s so many people, so it’s a lot harder to get noticed, and everyone’s trying to copy the same sort of style at the moment, so I’d like to bring something a bit different to the table. And I’d just like to start releasing on some labels and take it from there. I just want to make tunes and DJ. I just like making people dance, it’s my favorite thing in the world.

Ren Aldridge is the frontwoman of the feminist hardcore punk band Petrol Girls. 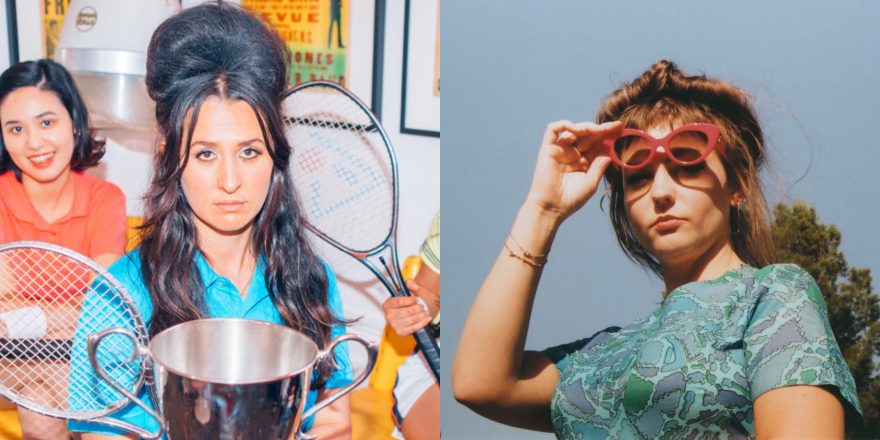 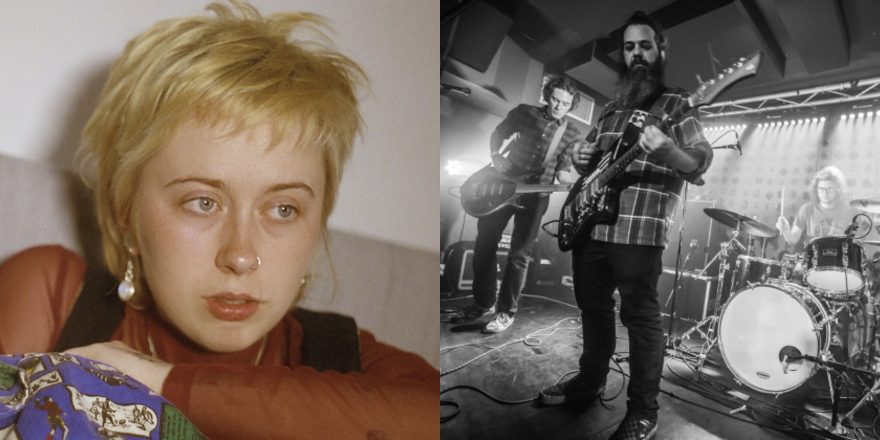 In the Groupchat with Harmony Tividad and Duster