Sophia Takal is an actor/director/producer. She directed the feature film Green and is editing a new one called Always Shine. She produces and acts in her husband, writer/director Lawrence Michael Levine’s movies like Gabi on the Roof in July and Wild Canaries, which just came out on Netflix! She also acts in other people’s movies.

I got my period as I was waiting in line to see Judd Apatow’s Trainwreck. It was five days early, but I guess the sheer feminist power of Amy Schumer’s on-screen persona was enough to pull my cycle forward.

Amy Schumer is really cool. You all know that, right? You know that she sticks up for her vagina and the other vaginas around her and wants her and other vaginas to be treated nicely and with respect? There are other really cool people with vaginas who do similar things and right now I think that we’re living in a very pro-vagina/vagina-centric environment. Which feels good to me, someone who was born with a vagina and continues to stare at it, touch it and generally think about it on a daily basis.

I was really excited to see this movie because what could be more fun than a lady who is more average-looking than most movie stars being funny and having sex. Also, watching LeBron James act (I’ve been a fan of his work ever since that cell phone commercial he did where he watches a shot of someone shooting hoops and gets excited).

Because my vagina was bleeding, I’d just gotten into a big fight with my husband Larry and I was feeling pretty guilty for yelling at him. I have rage issues, you see. And the rage is usually directed toward “men” in the abstract sense and sometimes him because he has a penis and happens to be standing there.

I wish I wasn’t as angry, or I wish I could turn my anger into the best jokes about women on the internet or even into a movie that Judd Apatow directs that I star in and that LeBron James co-stars in. But I haven’t figured out how to do that, so instead I’ll just watch Amy Schumer do it!

The movie is starting and the blood is flowing and I am laughing right away! Everything Amy Schumer says is so funny! Her character is such a mess! She’s regular! There are even jokes about tampons, which really speaks to me right now because I wish I had one but all I have is this bunched-up toilet paper.

I think Trainwreck is truly funny, and sure maybe that Village Voice article is onto something re: monogamy and conservatism/Squaresville, but it’s a Hollywood movie, so one baby step at a time, right?

And LeBron James really lives up to my expectations! I knew he was really good from that commercial, but nothing prepared me for how fun and personable he is on screen! I don’t know how many of you are into basketball, but I’ve been watching a lot lately because Larry loves watching it and it’s hard not to absorb some of the things he’s watching, like clips on YouTube of LeBron James or maybe Steph Curry or an entire season of basketball. From the periphery of basketball fandom, I had decided that LeBron James was kind of a bad guy because of, you know, The Decision. He never seemed like much of an underdog, so I never wanted him to win because I always root for the underdog.

But it was easy to root for him here, because here he is the underdog. He’s not an actor and he’s going toe to toe/head to head with some of the funniest people in the biz.

And he really shines as LeBron James in this film. He plays LeBron James with such ease. He’s funny, he’s cool, he’s everything a movie star should be. I think this guy is going places. I think he could be the next Amy Schumer if he puts his mind to it. Which I think he is going to do.

Later, after the movie, I Googled “LeBron James Trainwreck” and found a cool Instagram picture King James snapped. He’s playing it cool, but you know he’s psyched to be a movie star.

Headed to #Trainwreck premiere in the Big Apple with my Queen. Coming to a theater near you worldwide this Fri July 17th

So, worldwide buddies, go see LeBron James and support his early work! It’s going to be so fun to see him grow as an artist. Years from now you’ll get to say you saw him in his first big screen role!!! He already has a production company and all of these things in development! I hope he realizes that he should star in all of the things. Man, I haven’t been this excited about a basketball star in a movie since:

Sophia Takal is an actor/director/producer. She directed the feature film Green and is editing a new one called Always Shine. She produces and acts in her husband, writer/director Lawrence Michael Levine’s movies like Gabi on the Roof in July and Wild Canaries, which just came out on Netflix! She also acts in other people’s movies. 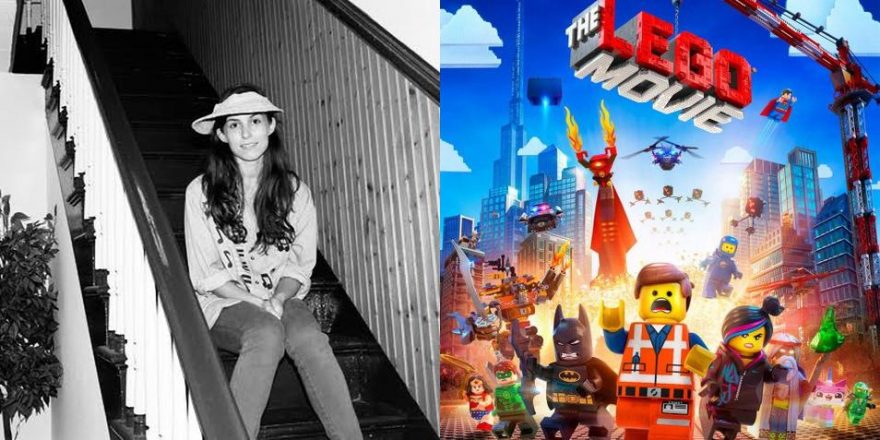