Morality plays in the form of police procedurals are nothing new in American television or cinema – they’ve been a staple of mainstream storytelling at least as far back as Otto Preminger’s noir masterpieces of the 1940s and early 1950s, and recently TV series like Blue Bloods have thrived by combining traditional formulas with attempts to address contemporary issues, such as the Black Lives Matter movement. One might be forgiven for thinking that the last thing the world needs is another cop show, especially considering how completely Shawn Ryan reinvented the form with The Shield just a few years ago. Yet as great as that show was, it didn’t quite achieve the kind of cinematic alchemy that NBC’s Shades of Blue pulls off, synthesizing the classical virtues of Preminger’s crime films with the moral complexity of Sidney Lumet’s best work, as well as longform television’s ability to work over characters and themes for all they’re worth.

The comparison with Lumet is inevitable, as Shades of Blue’s premise immediately recalls his string of masterpieces documenting the difficult choices of morally conflicted law enforcement personnel (movies like Serpico, Prince of the City and Night Falls on Manhattan). Shades follows NYPD detective Harlee Santos (Jennifer Lopez), a single mom who belongs to a corrupt unit. Santos and her boss, Bill Wozniak (Ray Liotta), rationalize their crimes by claiming that the alliances they form with crooks keep the city safe and the extra money that goes into their pockets is just to take care of their families. The unit itself is its own kind of family, a group of cops who would literally kill or die for each other – which makes the betrayal that kicks off the series so wrenching right from the start.

When an FBI sting traps Harlee, she’s forced to become an informant – or at least pretend to – as part of a plan to bring Wozniak and his associates down. Under series creator Adi Hasak’s guidance, what follows is an increasingly elaborate and compelling series of moral decisions in which characters who care about each other tell one escalating lie after another – sometimes to protect themselves and sometimes to protect the people they’re lying for, but almost always with unforeseen ramifications. As with the aforementioned Lumet classics, the show’s main appeal lies in its particularization of universal questions; it takes tensions that are fundamental to the human condition – between individual needs and the greater good, between friendship and family, between survival and sacrifice – and explores them with both a profound empathy for the characters and an unforgiving indictment of the system that forces them into these choices.

Though the combination of sophisticated ethical inquiry and New York location shooting make comparisons to Lumet (and his ’70s peers) easy, Shades of Blue is no mere imitation – it starts where Lumet left off, but is then able to develop his themes into a novelistic tapestry thanks to the open-ended running time television provides. One of the show’s strengths is the total integration of the characters’ home lives and work lives; in taking the time to fully develop and address how each of the cops’ relationships affects what they do on the job and vice versa, Shades of Blue goes beyond even the best cop movies. Michael Mann’s Heat gets at some of the same ideas, but there’s never much true tension between his protagonists and the demands of their home lives – they pick the job every time. And unlike the Armani-clad cops of Heat or Mann’s Miami Vice, the police in Shades of Blue are working-class family men and women who, like many Americans, are hanging on by a thread financially – one crisis away from losing everything.

Hasak and his writers deftly trace the connection between financial stability (or the lack thereof) and moral decisions, and how both affect and are affected by the vagaries of the human heart. It’s easy to take the moral high ground when you have nothing to lose; Shades of Blue is about the choices we make when we’re afraid of losing everything, and about how that very fear sometimes leads us to make the wrong choices. More often than not, the wrong choice has to do with lying – virtually every character on the show, no matter how minor, is dishonest with someone, and as the series progresses the secrets pile up so high that the characters are nearly suffocated by them. The show has the relentless suspense of a great Hitchcock movie thanks to the exponential effect that the lies have, and the tension is raised even further by the notion that some of the lies are necessary – but it’s not always easy to tell the difference between the lies that save and the ones that destroy.

The characters and their deception lead back to what Shades of Blue has in common with older films like Preminger’s Where the Sidewalk Ends and Fritz Lang’s The Big Heat: it’s a show that not only contains remarkable performances, it knows how to showcase them in the grand classical style. I didn’t realize how much I missed truly blinding Hollywood star wattage on screen until I rediscovered it in the form of Jennifer Lopez and Ray Liotta’s performances here; obviously movies and TV are filled with great acting, but Shades of Blue offers something more – actually, one of the last times I remember seeing it was in another Jennifer Lopez vehicle, Steven Soderbergh’s Out of Sight. Like that film, Shades of Blue exhibits respect not only for performance but for sheer star quality – the framing and lighting is designed to give the actors that paradoxical but potent quality of being both larger than life and completely accessible and relatable. The first couple episodes of Shades of Blue are directed by Barry Levinson, and he does for Lopez and Liotta what he did for Robert Redford in The Natural: he exploits his stars’ familiar qualities as a kind of cinematic shorthand that allows them to dig deeper and yield extremely powerful emotional effects.

Liotta, for example, is used here much in the way John Wayne was used in The Searchers, or the way Nicholas Ray used Humphrey Bogart in In a Lonely Place. When Liotta walks on screen, we’re not just seeing his character as written in Shades of Blue, we’re seeing all the morally compromised men he’s played in movies from Goodfellas to Copland to Narc – we read things into Liotta’s visage, and Liotta takes advantage of this familiarity to both fulfill and play against expectations. Our awareness of Liotta’s persona allows him and the filmmakers to skip over the usual expository requirements and get right to the meat of the character, who turns out to be one of the most riveting men I’ve seen on television – he’s right up there with Walter White and Tony Soprano. Wozniak is a brilliant, sweet, paranoid, terrifying, loyal, conflicted, tragic, brutal figure; the character offers Liotta the kind of range some actors don’t get to play in their entire careers, let alone in one part, and Liotta rises to the challenge like you wouldn’t believe. Like the great stars of the Hollywood studio era – Bogart, James Stewart, Cary Grant – he’s both truly iconic and genetically incapable of a false note; by the time season one of Shades of Blue is over, he’s been called upon to convey every emotion one can imagine, and his choices are both unfailingly truthful and totally original.

Liotta’s performance is the best I’ve seen by any actor in any medium all year, which makes the fact that Lopez holds her own opposite him all the more impressive. If Liotta is our generation’s Bogart, Lopez is Gloria Grahame, Rita Hayworth and Grace Kelly all rolled into one – humor, rage and anguish delivered via an insanely glamorous package. Her work in Shades of Blue is the best she’s ever done – even better than Out of Sight, because it’s so multi-layered. Her character pathologically lies to everyone around her – to Wozniak, to the feds, to her daughter – and ultimately lies to herself in her belief that the lies will make things better and not worse. The genius of Lopez’s performance is her ability to sell the notion that she’s successfully hiding her lies from the other characters while simultaneously conveying the fact that she is lying to the audience – and then she takes it one step further, exhibiting the character’s internal angst in a manner that’s subtle and natural yet razor sharp in its clarity. Her dancer’s training has provided her with an economy of gesture that is put to brilliant use here – like Liotta, she is able to suggest so much with so little that her performance takes on an astonishing cumulative power that, taken together with Hasak’s ambitious conception and the expressive direction by Levinson, Millicent Shelton and others, yields one of the most absorbing cop shows in television history.

Across the Aisle: The Fosters Shows America As It Actually Is (Not As We Want It To Be) 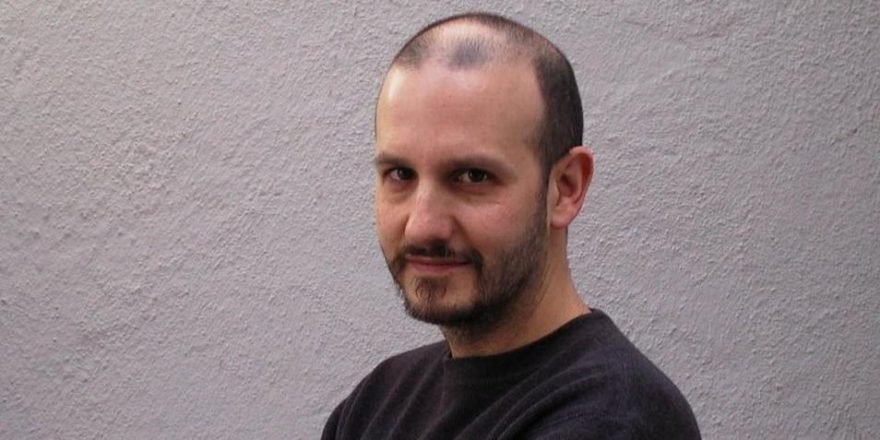