Σtella is an Athens-based painter, visual artist, and performer. Her record Up and Away is out now on Sub Pop.

Growing up in Greece, we did have some American movies and cartoons that I used to watch when I was a kid. The first time I heard the Marvelettes’ “Please Mr. Postman,” I must have been five or six years old, and the song was in a cartoon. I remember rewinding to the scene, and rewinding and rewinding again about 80 times, because I really loved the song. At that point, I didn’t care about the cartoon. I think that was the first time I ever heard a song from an American girl group.

I don’t think I really got into that era of music until I was 15. Back then, I liked music and I played the piano and the guitar, but I didn’t really know how my life would move forward. My best friend’s mother was from Virginia, a Greek-American, and my friend gave me a bunch of tapes that her parents had. They were filled with artists like the Ronettes and the Dixie Cups and all of those great American groups of the ‘50s and ‘60s. That was the first time I actually dove into that whole era, and for a whole year, I was just listening to those tapes. I would read books while I listened to them. I was just crazy about the sound, and I loved how the rhythm was so simple — bum, bum-bum. They would build a whole song just on that. And, of course, the vocals and the melodies were just like honey for my ears. I was so amazed by the simplicity, but still how great it was.

Later on, I started watching more American movies, and in them I would find more songs like those, and look them up from there. Groups like The Chiffons, The Ronettes, The Dixie Cups, The Crystals — all of their voices are like angels. The way they sing is just so beautiful to me. Women always feel that they’re more sensitive, and the way that they sing sometimes just feels really close. There were also some male bands of that era that I loved — I watched Back to the Future at some point, and I liked that song “Johnny B. Goode.” I really liked the Four Aces, who sang “Mr. Sandman.” I know for Americans, these are classic songs, and talking about them is like if someone came up to me and said, “Oh, I love all these songs on the bouzouki!” But coming from Greece, you wouldn’t really hear these songs on the radio. Maybe sometimes you would, but I think if I didn’t have my friend’s parents’ tapes, I would have had a harder time finding them.

Recently I was listening to this other artist, Dee Dee Sharp, who had a song called “Mashed Potato Time.” I think it’s really funny that someone not only wrote a song about mashed potatoes, but then they had another song called “Gravy (For My Mashed Potatoes).” I just love the way all of these people sang, and that they sang about simple things, but in a way that could also be deep at the same time — maybe not the mashed potatoes, but how they sing about love. You know, “let’s go to the chapel and get married.” I find the music so innocent and so beautiful. All of that is gone, in a way; I can’t find much innocence in the music that’s made today. But when I do, I really like it. I search for it.

There aren’t many similar sounding Greek artists from that era. Lately, I have been listening to a lot of Greek artists of the ‘60s, like Tzeni Vanou — maybe some of her songs could be compared to the American girl groups, but they have bouzouki in most of them, so the tone is totally different. I did recently discover a song she did in French called “Je t’Attends,” and maybe you get sort of a similar vibe. I think she has that innocence. A lot of her songs are about love and saying goodbye to someone, or trying to get closer to someone.

I can’t say the way that I write about love has been directly inspired by these songs, but I listen to it all and I am influenced by it. I don’t know if I do it on purpose. But I do remember when I was recording “Charmed,” I did a “shoop shoop” in the beginning — I didn’t really know where that came from, but it sounded great, so we kept it! It kind of felt like I was singing next to those ladies, in a way.

Σtella is an Athens-based painter, visual artist, and performer. Her record Up and Away is out now on Sub Pop. 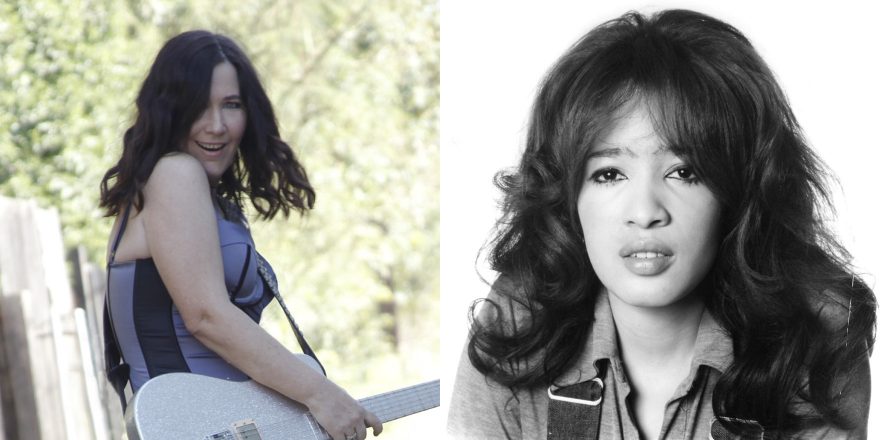 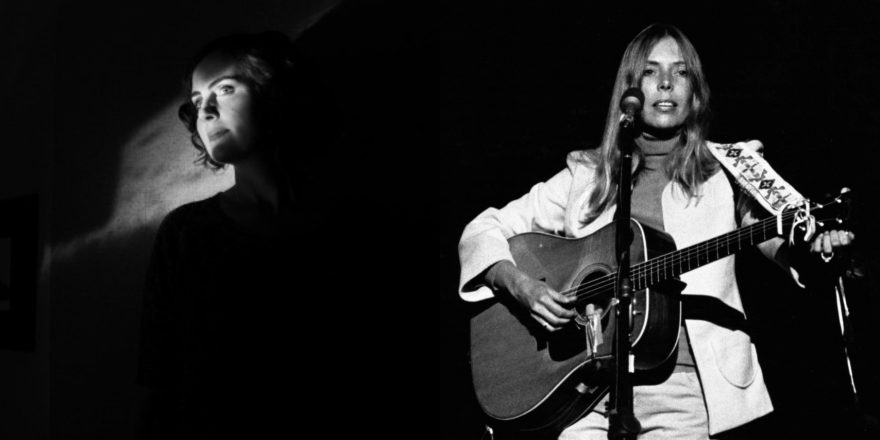