Rob Gungor’s new Wilderman record deals with the increasing rift between lived experience and its digital approximation. Formerly of the band OK Sweetheart, the Marfa, TX-based artist also runs a cafe, Do Your Thing, with his partner, Simone Rubi.

My last memory with my friend Ben is hanging out at a bar in downtown Oakland and playing “The Present Game.” The rules of the game are simple: One is allowed to talk, think, and react to what’s here and now, and nothing else. Of course, the paradox of this “game” is that reaction is a thing of the past, so conversation seems to eventually fade, and looking into each others’ eyes and laughing for long periods ensues. Playing this game with Ben was the easiest time I’ve ever played it with anyone. He was light, easy, unpretentious, curious, and always down to go deep.

Benjamin Runnels (known by many as Charlie Prowler) was a slim, charming dude with a turquoise (or purple, or pink) highlighted mop top and shaved sides, colorful/patterned/vintage clothes, and sometimes horn-rimmed glasses. But always a sweet, genuine, welcoming smile–the kind that made me think of a phrase my mom used to say when taking pictures “smile from the eyes!” He was kind of a crooner who loved electronic music (and also making kombucha). At the time I knew him, he was experimenting with several different projects, all of which made sense when I later heard his band, Introflirt.


I don’t remember exactly how I met Ben. I know it had something to do with this weekly music night I was trying to get off the ground at Cafe Van Kleef in downtown Oakland in late 2012. Ben was the first person to commit to playing every week (besides me). The sound was terrible, nobody cared, and we didn’t even get to drink for free, but Ben and I still played every week. I feel romantic about that time now–not because it was actually that great of a weekly series, but because that was the short time in which Ben and I got to know each other.

I was personally in a rough patch in that period. The previous year, I had gone through a divorce and the breakup of my previous band, Ok Sweetheart. Both left me numb, and I was exploring music that was visceral and cathartic. Right before I met Ben, I went to Joshua Tree with some friends to track the first album, Learn To Feel, under my new moniker, Wilderman.

Ben was the first person I shared the raw, vulnerable recordings with. One night after Van Kleef, I invited Ben back to my loft to listen to them. It was midnight, but he was down (he was so rad in that way). We walked the few blocks to my one-room warehouse-with-a-garage-door of a West Oakland loft. It was stark in there–concrete, plywood, and white walls–so I had acquired a bunch of small secondhand fur rugs to “warm up the space,” but in retrospect the effect was a little more…hobo?

We sipped bourbon in lamplight on the ’70s puke-gold couch my friend Tim Smith gifted me (rumoured to be the couch that was in the tracking room during the making of Midlake’s The Trials of Van Occupanther) and listened directly from the eight-track reel to reel, with me jumping up and down from the couch and mixing in real time on my Yamaha PM1000 console.

Ben was the most generous listener I could have asked for. When he heard emotionally raw songs, he was truly feeling it himself, closing his eyes or looking at me in a knowing way that made me feel understood. During the balls-out blues tracks, he moved to the music and high-fived me, and I felt a lot of approval from him. In short, he received my emotionally raw recordings in a way that made me feel fully seen and loved – by simply being present with them. In doing so, he gave me a lot of confidence to finish the album. We talked late into the night, tears were shed (mostly mine), and our friendship was forged.

Soon after we got to know each other, I would move to LA and then Marfa, TX (where I currently reside) and Ben and I lost touch for about a year. Although our time together was brief, it was his commitment to presence that made it so impactful (a sentiment that others in Ben’s world shared). He gave himself to the moment, and in doing so, gave himself to you. I’m so grateful for that, especially now that he’s gone.

If you don’t know about the Oakland warehouse fire at Ghost Ship, it was a brutal scene. An artistic community had a party/show in an Oakland warehouse, and a fire broke out. Many members of the party were trapped on the second floor and ultimately died after a makeshift stairway made of wood palettes quickly burned up. My heart goes out to all of the families and victims, especially now, near the anniversary of this horrendous event.

I received the news of the Oakland fire via my news feed. As I scrolled through the names of those missing in the fire and saw Ben’s name, my heart jumped and I immediately had a horrible feeling. I read that his bandmate at the time, Nicole “Denalda” Renae, was also in the fire (and also passed, as I learned later). I don’t know if they were together romantically or not, but having collaborated with Ben, I know that creation with him was intimate (emotionally, at the very least), and that dying with someone you know and love (at least creatively) is as tragic as I can imagine.

Later, when they announced that his body had been identified and he officially was dead, I was sitting quietly in my desk in silence for a long moment. I was in shock. I couldn’t even really process it. I looked to my right at my synthesizer and (in a sort of out-of-body way) the words and music for this song, “Eternal Love,” came to me in about five minutes. It was one of those songs that just flew right out of me, like someone else was singing it. As I sang, my emotions were immediately unlocked, and I wept for hours.

The closeness of the event made me feel angry and incredibly sad as well as lucky, because I could have been there, had I not moved away. I was angry at whoever built that horrible “staircase,” but even more so at gentrification, at capitalism, at society, for pushing those of lower income into more and more undesirable living scenarios.

Artists (most of us) require space to work. Musicians need space to store their gear and make noise. This is especially difficult in urban areas. Space can be cheap in the middle of nowhere, but many times, musicians need to work secondary jobs in order to supplement their income, and finding work in remote places can be difficult if you’re not especially tech-savvy.

The other necessity for art growth is a scene (e.g., the cafe culture in Paris that nurtured Stein and Hemingway, CBGB in the mid-’80s, Seattle in the ’90s, the Roots in Philadelphia in the early 2000s, etc.). One could argue that this is not as important now because of globalization and technology, but, in my experience, there’s something intangible that happens when I sit in a room with someone. Have you ever tried to jam over video chat? It just doesn’t work.

It’s not just about jamming. It’s more about refining tastes, sharing ideas, and hanging out together. Basically, exactly what was happening that night at Ghost Ship. The victims did those things in a dangerous warehouse because that’s the only place they could afford. And it cost them their lives.

I’m angry, and I don’t know what to do about it. I’ve moved to Marfa because it’s cheap(ish) and I’ve found other creators that inspire me. I wonder if more communities like it will begin to be havens for artists now. Not everyone can just move to Marfa, do web dev, and start a coffee shop. I feel incredibly privileged that I’ve been able to make that work.

Things aren’t getting easier for musicians. It’s becoming more and more difficult to sell records and make a viable living. I know very few that are making it work without supplementing in some way. Music is important and needs our support. What if not valuing and supporting art leads to a loss of something beautiful about our humanity?I know it’s easy to shrug something off this large as “not my problem,” but I think it’s all of our problem. I certainly don’t have the answers. But I’m concerned and, especially so close to the anniversary of the fire, heartbroken.

I hope this song can honor your legacy, Ben. You made me feel seen, and I want to let the world see how beautiful you were. You deserved better than this, as well as all of the others that we lost that day.

Wilderman is releasing his forthcoming album Artifice in March of 2018

Rob Gungor’s new Wilderman record deals with the increasing rift between lived experience and its digital approximation. Formerly of the band OK Sweetheart, the Marfa, TX-based artist also runs a cafe, Do Your Thing, with his partner, Simone Rubi. 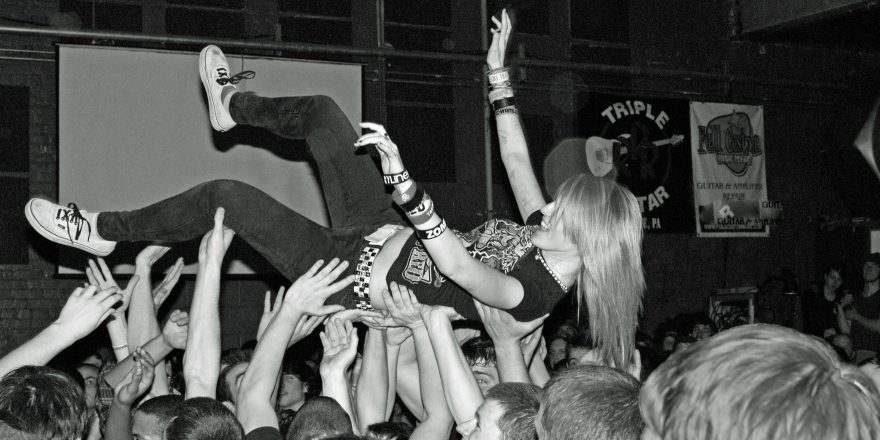