I have been asked about Terrence Malick more times than I can count. I suspect that will continue for years to come. It’s only natural, and it’s the kind of thing anyone who finds themselves in orbit around a larger body of mass will experience. He’s someone who needs no introduction; anyone familiar with the history of film knows his contribution.

I was very fortunate to have the opportunity of working with Malick on several films, including Knight of Cups, Song to Songand Voyage of Time. I was 20 years old when I began working with him, first as someone who got coffee for the office, then later editing behind the Avid and on set. My transition into a creative role speaks to his generosity as a collaborator. All told, we worked together for four years. It was a wonderful time in my life, full of rich experiences, during which I developed relationships with people who still remain among my closest friends.

It was from that foundation of experience that I began my first feature as writer-director, The Atlantic City Story. The film is about an unhappily married woman who runs away from home and goes to Atlantic City. While there, she meets a young gambler and develops an unlikely friendship with him. It’s a small, intimate film, and I’m immensely proud of the terrific work done by our cast and crew.

Now that I’m standing on the other side of the bridge and the journey is complete, I’m able to look back and take stock of how working on those films with Terry Malick prepared me for the challenges of The Atlantic City Story. The main thing I learned was not a style, or a subject matter, or how to work with actors, or even, so to speak, how to “shoot and edit a scene.” Rather, what I did learn, and what I relish as a filmmaker, is a method of problem-solving.

The process of making a film is essentially problem-solving. What happens when a location falls through at the last minute? What happens when a shot doesn’t fit where you thought it would? How well can you listen to your collaborators, and how clearly can you see the potential of their contribution to the film? The Malick films gave me an invaluable tool for problem-solving: the recognition that inspiration can come from almost anywhere, and that you have to be open-minded when it comes to finding a solution. It’s the knowledge that there is no terra firma when you’re making a film; the ground is always shifting beneath your feet, and you can either recoil and remain trapped in your convictions or be responsive to the situation.

I remember on Song to Song, for example, we would explore all the different possibilities for editing a scene. The process was one of constant discovery. How could we change the perspective of a scene, and in turn change which character we identify with? What would happen if we moved a scene originally intended for the beginning down toward the end, and how did that affect the context of the other scenes around it? Sometimes these experiments didn’t work, but even those were a lesson in how to achieve certain creative effects in a film. It was wonderful practice, and it really allowed me to hone certain skills. Above all, the aim is to stay receptive to everything happening in front of you. I don’t think this is a revolutionary idea, and I’m sure countless filmmakers past and present would say the same thing, but it was nonetheless an eye-opening revelation to me as a 20-year-old, and it continues to be something I carry with me. Ultimately, I think, the goal is some sort of spontaneity – anything to bring the movie to life and create something that is organic and breathing.

Writing this piece led me to think further about the nature of influence. How do we talk about influence? What is it? What qualities are actually tangible in a work of art, and how much of it is just shorthand to define things unknown?

On many productions now, the creative leads on the project will share with the team a “look book” filled with references to other work. The unknown is reduced down into thumbnails so that an idea can be more easily communicated. The real question is: How do you get your influences and inspirations to add up and create a sum that’s worth more than its parts?

John Cassavetes, for example, is a filmmaker who is damn near inimitable. And yet he is still such an inspiration for filmmakers like myself and others. How do you toe the line of influence? Where even is the line? I feel as if I’m simply a collection of impressions and experiences, and it’s only through the work that I’m able to spit everything back out.

The list of things that influenced The Atlantic City Story would be endless. It really is a process of collage, finding inspiration wherever it may be, and assembling the film, brick by brick. For example, the plot of Jacques Demy’s Bay of Angels was an important touchstone for us – the seaside casinos of Nice, the older woman and younger man, their desire to hide away from their problems. … Or, from literature, Anton Chekhov’s “The Lady with the Dog,” one of his greatest short stories, about a woman and man who share a brief affair on vacation before returning back home. There’s Luchino Visconti’s Death in Venice, a film about aging, lust and obsession – shot with those wonderful long zoom lenses along the canals of Venice – and there’s David Lean’s Brief Encounter, about an unhappily married woman who begins a passionate extramarital affair with a stranger. That film and The Atlantic City Story even share a musical theme, Sergei Rachmaninoff’s famous Piano Concerto No. 2, which serves a similar purpose: a sort of emotional release for a woman who is otherwise unfeeling in her day-to-day life. This process of collage is extremely important to me. There’s no rhyme or reason to it, it’s just a feeling that comes, a response to certain things; you recognize an affinity between one thing and the thing you’re trying to express.

There’s an essay by Ralph Waldo Emerson on William Shakespeare that I think about and return to from time to time. He cites a dissertation by Shakespearean scholar Edmond Malone who found that, of parts One, Two, and Three of Henry VI, “out of 6,043 lines, 1,771 were written by some author preceding Shakespeare, 2,373 by him, on the foundation laid by his predecessors, and 1,899 were entirely his own.” Emerson goes on to write, “Shakespeare knew that tradition supplies a better fable than any invention can. … He is therefore little solicitous whence his thoughts have been derived; whether through translation, whether through tradition, whether by travel in distant countries, whether by inspiration; from whatever source, they are equally welcome to his uncritical audience.”

Now, I’m nothing but “a pair of ragged claws scuttling across the floors of silent seas” compared to Shakespeare – and that our names are even this close together on the page makes me nauseous – but there’s inspiration to be found, no doubt, in a process that worked for him. I don’t understand this to be mimicry or homage. If anything, it’s the contrary. As always, the question at hand is how to take these inspirations and influences and channel them through a form that remains personal and true.

I grew up in New Jersey, and Atlantic City always held a sort of mythic presence in my mind. It was, to me, a place forgotten by time. I felt there were parallels between a city struggling to find its way into the future and a woman looking to escape her past. I spoke with friends and acquaintances who went through similar experiences to that of our characters, and for the yearlong process of writing the script, I would travel down to Atlantic City and sit in the casinos, watching people come and go, and try to capture an essence of the place. We even shot a few scenes in the small, suburban New Jersey town I grew up in. This is not an autobiographical story, but it’s a personal one, and, for all the inspiration we found elsewhere, there’s no greater inspiration than life itself.

I remember once taking a walk with Terry Malick and expressing some despair at the difficulties of making a film. He told me how when he made his first film, Badlands, the industry operated in such a way that if you could get the film in the can by the end of production, then selling it for distribution was the easy part. There wasn’t an abundance of cinema and television like there is now. Today is different. Now, almost anyone can make a movie thanks to cheaper equipment. It’s a revolution that has completely changed who can make films and tell stories – no doubt a great thing – but with the unfortunate side effect that it’s difficult for any one film to stand out in the crowd. Today, the making of the film is the “easy” part; the hard part is getting it seen. His advice to me was to ignore all that, to just focus on the work, and that if it’s worth anything, it’ll float to the surface eventually.

I always found that to be a wonderful piece of advice, and I still carry this idea with me. The hope is to create something that can stand on its own and resonate, and the only thing I can do is put my head down and do the work. 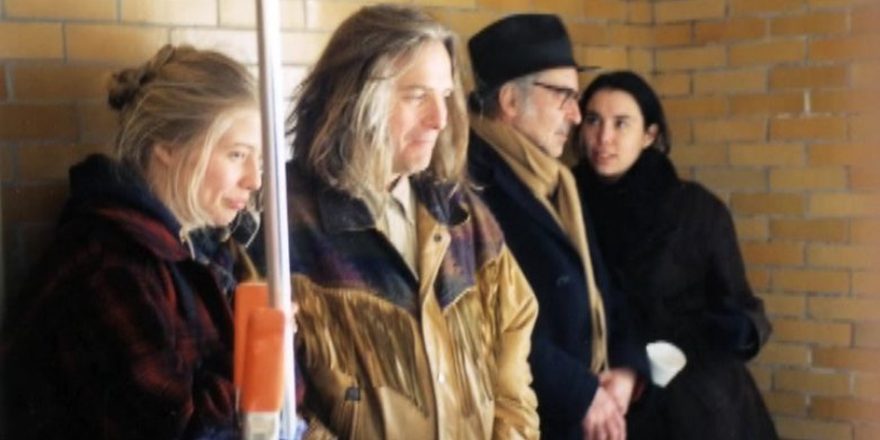