Katherine Fairfax Wright is the director, editor, and cinematographer of the feature-length documentaries Behind The Curtain: Todrick Hall and Call Me Kuchu (in collaboration with Malika Zouhali-Worrall). She produced the Netflix drama Imperial Dreams as well as Gabi on the Roof in July. She has also directed branded content for companies such as McDonald’s, Pantone, The Standard Hotel and Perrier-Jouët champagne and made political spots for organizations such as ACRONYM, the Democratic Coalition and Red Wine & Blue. Her print and video work has been published by The New York Times, Human Rights Watch, CNN and The Huffington Post. She is an alumnus of the Berlinale Talents, the Chaz and Roger Ebert Directing Fellowship, the Film Independent Documentary Lab, The Garrett Scott Development Grant, and the Film Independent Producing Lab. Filmmaker Magazine named her one of the “25 New Faces of Independent Film.” Katherine was raised in Los Angeles and graduated with a double-major in Film Studies and Anthropology from Columbia University. She lives in Los Angeles and is currently developing a scripted feature.

I’ve long been enchanted by child preachers. To what degree do they convey their own convictions, and to what degree is it mimicry? Do they adopt their rousing cadence because they understand it’s what preachers do, or because they understand the feel-it-in-your-bones effect that such oration has on those whose ears it falls upon? So occasionally I do some casual research. A couple of years ago, I happened upon a child preacher who transcended my simple intrigue, one whose dogma I could truly get behind: the gospel of reading.

At six years old, Caleb Stewart is an ardent reading enthusiast, and since age four he has occupied much of his free time as a motivational speaker (the world’s youngest!). Under the nom de plume “Master Caleb,” he preaches to schoolchildren, church congregations, and the internet about kindness, role models, and “the importance and benefits of reading.” He formulates his speeches himself (with dutiful assistance from his Meemaw Valerie) and delivers them with fervor.

As the 2020 presidential election rolled around, I got to thinking about Caleb. Surely someone who cares about reading must also care about voting? So with videos I had seen of Master Caleb in mind, I drafted a concept for some voting spots that I called Votemaster Caleb. I cherry-picked themes and turns of phrase from Caleb’s prior speeches that would work in a voting call to action. My producer Brock Williams and I linked up with the creative consortium Wake Up & Vote (which had been recently formed by producers Julie Hermelin and Mary Ann Marino), and through that we pitched the video series to the political non-profit ACRONYM, which greenlit the project.

The rub was that ACRONYM wanted to release the spots on National Voter Registration Day, which left us less than three weeks to conceptualize, write, prep, ship, film, ship again, edit, color, deliver, and release 10 spots. I reached out to the Stewart family, who fortunately were super keen to participate … but Brock and I live in Los Angeles, and the Stewarts live in Tallahassee, Florida. With the pandemic raging, Brock and I couldn’t safely work in close proximity to the family, and neither budget nor time allowed for the implementation of snazzy remote tech or COVID-19 protocols with local hires. So we decided to do the shoot remotely, and with their blessing, opted to have the family film it entirely themselves(!).

Brock and I began furiously prepping everything, since we had only a handful of days before the shoot. I decided on two setups: a political speech at a podium with American flags, and a soapbox speech in a park. Next, I made two schematics (a generous term for my hodgepodge of screengrabs and shoddy Photoshopping) so the family would have a sense of the game plan. I sifted through Caleb’s old speeches and paired snippets of language he had used with concepts related to voting that I found compelling. I expanded on those calls to action in language that emulated Caleb’s voice, and then crystallized that draft into 10 short scripts. I found a graphics shop in Orlando that was willing to do a two-day turnaround on a custom cardboard podium, and with my rudimentary Photoshop skills made a “Vote For Caleb” insignia to be printed on it. Brock focused on getting all the camera, audio and lighting gear – as well as the costumes and other props that I had patched together – organized and shipped. To have at least one item that looked a little more lived-in and a little less fresh out of the box, I found a vintage metal American flag lunchbox on Facebook Marketplace. I didn’t have a way to transport the lunchbox the 25 minutes from the seller’s house to the Stewarts, so the seller very generously dropped it off at Meemaw’s office. When I thanked him profusely, he texted back: “No problem. If everyone could go the extra mile and help someone or just be kind, we would live in a much better country than the sh** we are living in now.” Too true!

The shipments accounted for, we were in production, with all-hands-on-deck – grandma, grandpa, mom, dad, little sister, littler sister, and of course Caleb himself. Through a patchwork of severely pixelated Zoom and FaceTime calls (Wi-Fi problems), Brock and I talked Caleb’s family through setup and production, step … by step … by step: “Put that there,” “Press that button there” (and because we were in the South, each request was followed by a most amiable “Yes, ma’am” or “Yes, sir”). For a few afternoons, we filmed after Caleb finished (virtual) school, and after church on Sunday. Dad-of-the-year T.J. set up the backdrops and lights and operated two cameras and three microphones, while simultaneously feeding his son lines and bouncing an infant on his hip. He took a break to pick Mom up from work, who would then monitor the audio recorder. When our video calls inevitably dropped, Mom would take photos of the camera displays and text them to us so we could make adjustments. Little sister Olivia hammed it up onscreen with Caleb for a couple of the spots, and during the others she was off camera, playing with her brother between takes. Grandpa moved us around the room so we could “see” better (through our cellphone gaze). Meemaw walked through the scripts with Caleb, as she had the previous night before bedtime, making sure that he not only knew but fully understood the words. As the camera cards filled up, they overnighted the footage back to us. And four exhausted days later, it was a wrap!

The moment the hard drives arrived back in L.A., we plunged into the edit. Sifting through footage, I came upon a moment when we had been hastily trying to finish the day, and a distracted Caleb darted offscreen just as we were about to roll. He was gone for some time, but I couldn’t see what he was doing because the phone was pointed toward set. I remember thinking, “Oh typical restless little boy, we’re never gonna finish!” Then he popped back into frame and exclaimed with gusto that he was ready to continue. In the edit, listening to the feed from his wireless microphone, I understood: Caleb had abandoned his mark because he needed a reboot – a hug from his sister. It’s always such a holy moment when you’re alone in the darkness of an edit room (or, in this case, a bedroom) and you discover a gem of human interaction like that.

The spots were received with resounding approval from ACRONYM, were distributed widely on digital platforms, got a mention in the New York Times, and received a stamp of approval from a goddess of American politics. But the most heartening result was the degree to which Caleb’s family believed that the videos capture Caleb’s spirit, and in the lift that Caleb’s spirit seems to have had on the spirits of his viewers. Ever the evangelist.

It was a ragtag whirlwind, but with the good grace of good partnerships, we made 10 spots – and morale stayed high to boot. Brock and I were so enchanted by our time working with the Stewarts (even more so once we heard all the audio) that we couldn’t keep them to ourselves. So, we edited together a behind-the-scenes video that shows the process of creating the Votemaster Caleb spots. It’s a time capsule of creative solutions during a pandemic, but it’s also a time capsule of an utterly admirable family dynamic – of the warm and fuzzy things they whisper in each other’s ear while under pressure, of the unflappable cooperation they offer amid heaps of unfamiliarity. The Stewarts are surely only human, but in that they represent the best of it: of integrity, of camaraderie, of tenacity, of love … so we share them with you.

Katherine Fairfax Wright is the director, editor, and cinematographer of the feature-length documentaries Behind The Curtain: Todrick Hall and Call Me Kuchu (in collaboration with Malika Zouhali-Worrall). She produced the Netflix drama Imperial Dreams as well as Gabi on the Roof in July. She has also directed branded content for companies such as McDonald’s, Pantone, The Standard Hotel and Perrier-Jouët champagne and made political spots for organizations such as ACRONYM, the Democratic Coalition and Red Wine & Blue. Her print and video work has been published by The New York Times, Human Rights Watch, CNN and The Huffington Post. She is an alumnus of the Berlinale Talents, the Chaz and Roger Ebert Directing Fellowship, the Film Independent Documentary Lab, The Garrett Scott Development Grant, and the Film Independent Producing Lab. Filmmaker Magazine named her one of the “25 New Faces of Independent Film.” Katherine was raised in Los Angeles and graduated with a double-major in Film Studies and Anthropology from Columbia University. She lives in Los Angeles and is currently developing a scripted feature. 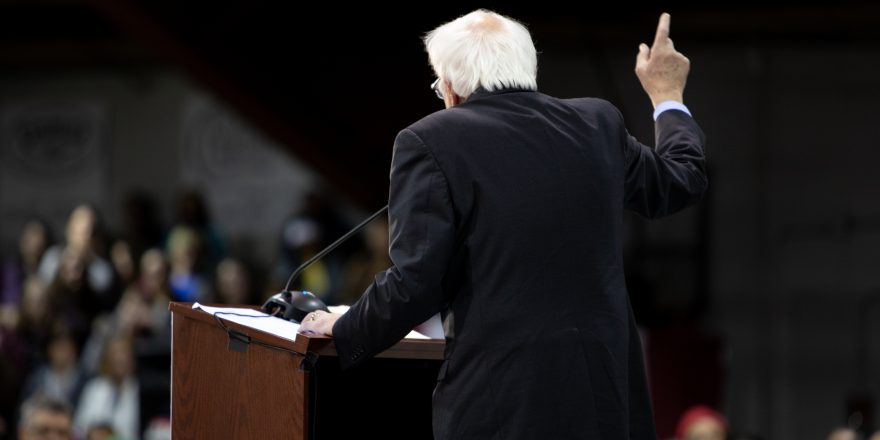 On the Trail with Bernie 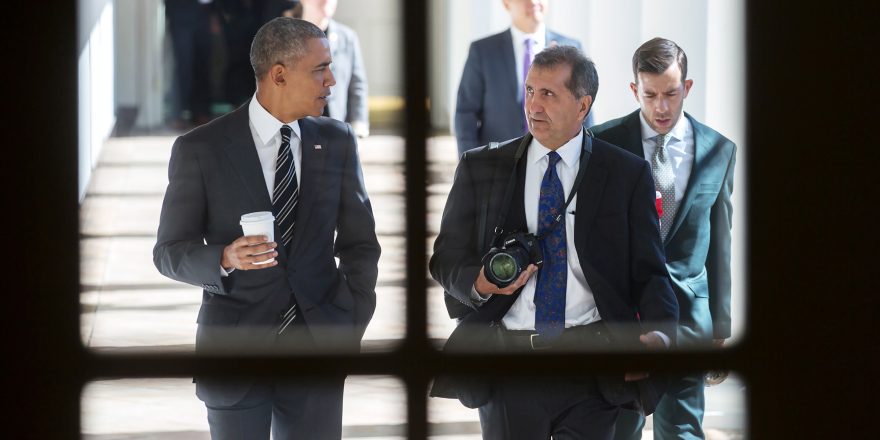