Jessica Boudreaux is the lead singer, guitarist and songwriter for Summer Cannibals. The band just released their third LP, Full of It, their first on seminal Northwest independent label Kill Rock Stars. She’s the owner of New Moss Records, a small independent record label on which she released the first two Summer Cannibals albums. Earlier this year she joined The Thermals for a full U.S. tour and various one-off shows as their guitarist. She also is a contributor for the new CASH Music-run publication, Watt. Follow her on Twitter here.

Catfights are fun, right? Right?! Katy Perry versus Taylor Swift…Britney Spears versus Christina Aguilera…Celine Dion versus…somebody…I don’t know? I couldn’t even talk yet when Celine was popular, but I’m SURE she had a catfight of her own. (Sorry to drag you into this, Celine. I’m writing this from a ferry where I can’t stop singing the Titanic theme song.)

I mean catfights, though — what’s not to love? Two hot, successful women tearing each other down? Petty, shallow disagreements over shared exes or lipstick or…something? The possibility of some hair pulling? The male sexual fantasy of two women going at it has become a cultural norm; pop stars and attractive celebrities scrapping is the bread and butter of most tabloid and gossip blogs.

Our society also tends to love any distraction from a woman’s strength and accomplishments — especially if that distraction evokes mental images of oil wrestling in bikinis.

Society has often sought out ways of dismantling the power and status of successful women. Pit two women against one another, whether there’s truth to the conflict or not, and you let those beautiful, strong ladies do all the work undermining their status and power for you! Good deal! Our society also tends to love any distraction from a woman’s strength and accomplishments — especially if that distraction evokes mental images of oil wrestling in bikinis. These images lessen the credibility of driven and accomplished women, while also crafting a narrative that women are always competing against each other.

A few years ago, my band, Summer Cannibals, was playing a show with the Black Lips and the Coathangers. I remember the show vividly, as this was the first time we had opened for another female-fronted band. I was appalled at the way people spoke to me after the show was over. Multiple men and women approached me with various iterations of, “You were great, but I’m pretty sure the Coathangers won!” Every comment I received somehow seemed to compare us to the other women on the bill. I even received a tweet that night that read: “I love Summer Cannibals, but the Coathangers crushed tonight.”

Women playing music in the same space doesn’t ever have to be a competition.

Um, when we agreed to play with another female-fronted band did the concert, suddenly and inexplicably, turn into a competition? I love the Coathangers. They are a fucking great band; if the show had been a competition, they fully would have beaten us by a mile. But it wasn’t. Women playing music in the same space doesn’t ever have to be a competition. Unless there is a cash prize involved, in which case…lemme at ’em.

The Black Lips, oddly, weren’t mentioned in these terms. The headlining band, apparently, wasn’t even part of the contest.

I was so incredibly stoked to be included on that bill. It was huge for us as a new band. It was the first time we played a show with bands that I was a massive fan of prior to being asked to play. Having it twisted into a contest by the people witnessing the show cheapened the experience and only called my attention to a problem I was going to end up facing repeatedly in years to come.

Competitively comparing — and rustling up trouble among — bands only happens to us when we are billed with other female-fronted, mostly female or all-female bands. Why is this? Because of ignorance. It’s because of an apparent ingrained difficulty in seeing women as more than just members of our gender, an inability to see us as true members of a larger network and community of musicians and professionals.

I’m asked all the time if my band mate Jenny and I get along. She’s been asked multiple times if she thinks I’m “mean” and I’ve been asked the same thing about her. These are things I have never, in seven years of playing in bands, been asked about my male band mates and collaborators. No, Jenny and I do not have fights backstage or in the van. I’ve never pulled her hair and she’s never called me a bitch (not to my face, at least). We’ve never accused each other of trying to steal love interests — and she didn’t get mad when I went out and bought the same jeans as her. We work together and we are friends. Our relationship is practically identical to what exists between my male band mates and me. Except that Devon would look awful in our jeans. (Sorry, Devon, you don’t have a butt. Love you.)

A lot of times people in more underground, independent music worlds allow themselves to ignore or deny the fact that rampant sexism exists in our supposedly more open-minded and inclusive scenes. The truth, though, is that the social problems that exist in mainstream music and entertainment are just magnified reflections of what is happening in our own communities.

Are there women I don’t like? Yes, of course. There are lots and lots of people I don’t like.

I’ve fallen into the trap myself. I’ve compared myself to and rated myself against other women, socially and professionally. I have wondered what “she” has that I don’t and have let this affect my treatment of, and behavior toward, other women — and I hate that.

Are there women I don’t like? Yes, of course. There are lots and lots of people I don’t like. I don’t think that we have to be kind to someone purely based on their gender, especially if that person is a total butt. However, there’s a big difference between disliking someone for reasons you can explain and validate and disliking and feeling competitive with someone you view as your competition solely because she is also a woman. Seeing the errors in how we view other women — as well as the errors in how men view women — and realizing that it’s something we have to actively fight against is the first step toward larger change.

There’s something ingrained in us as a society that says that one woman’s success somehow detracts from our own. That because another woman has seen growth in her career, it somehow means that another one loses her chances. We pit women against one another because there’s not room for everyone, supposedly.

Look, I’m pretty sure if the music industry can find room for hundreds of thousands of male-fronted rock bands, then there’s room here for every talented, ambitious female and non-cis identifying person trying to make it. We just have to be the ones making the room. If we stand together and support each other, the industry will be forced to carve a space for us. We can be the ones who are creatively steering the future of music, but none of us can do it on our own.

There are too many of us to ignore.

The good news is that it’s already happening. We’ve always been here; we’ve always rocked; we’ve written good songs and played our instruments well. It’s just getting harder and harder to deny that a woman playing music isn’t just an anomaly. There are too many of us to ignore. If we all talk loud enough, we can drown out the deafening sexist noise that has permeated what is also our industry for way too long.

Supporting each other only makes us stronger. When we tear someone down, whether we realize it or not, we’re tearing a piece of ourselves down with them. Let’s rid ourselves of feeling like we need to elbow our way into a world that doesn’t want us or sees us as less. Instead, let’s band together with the people in similar positions and those who support us to create a more inclusive, more creatively compelling industry with far more exciting and diverse perspectives.

I reject the notion of the music industry “boys club.” I say we start our own. Only rule: remember we’re all on the same team. Oh, and don’t be an asshole, OK?

Jessica Boudreaux is the lead singer, guitarist and songwriter for Summer Cannibals. The band just released their third LP, Full of It, their first on seminal Northwest independent label Kill Rock Stars. She’s the owner of New Moss Records, a small independent record label on which she released the first two Summer Cannibals albums. Earlier this year she joined The Thermals for a full U.S. tour and various one-off shows as their guitarist. She also is a contributor for the new CASH Music-run publication, Watt. Follow her on Twitter here. 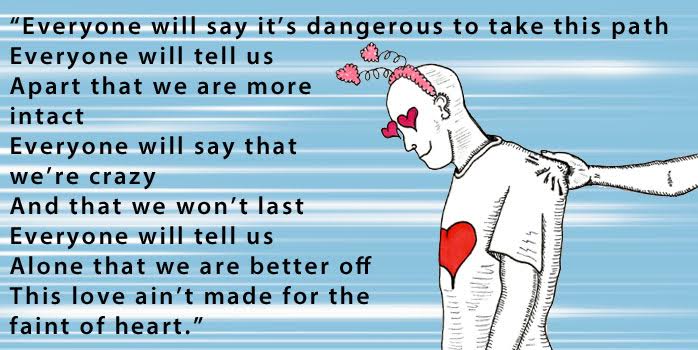 Hutch Harris’ (the Thermals) Favorite Lyrics of 2016 So Far Are… 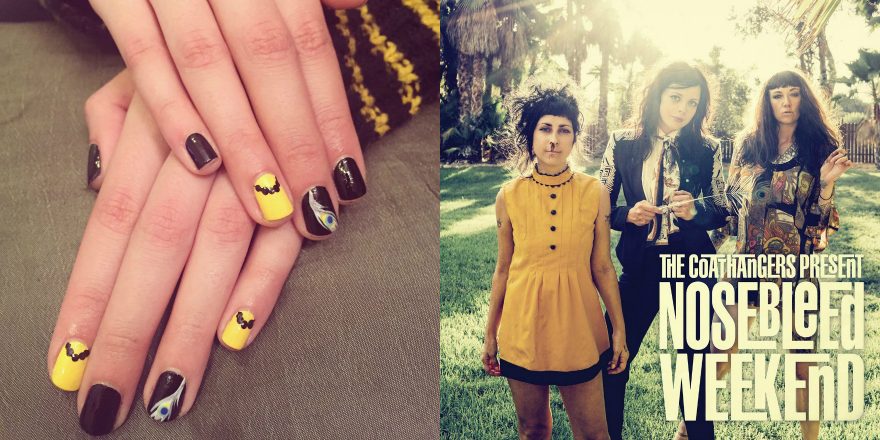