Sonejuhi Sinha is the writer-director of the crime drama Stray Dolls, starring Geetanjali Thapa, Olivia DeJonge, Robert Aramayo and Cynthia Nixon. The film premiered at the 2019 Tribeca Film Festival is released on VOD April 10. Sonejuhi grew up in Northern India until the age of thirteen; after a short stint at a British boarding school in the Himalayas, she packed her bags to join her parents in New York City. She got her start in the industry working as a commercial film editor and has worked alongside acclaimed directors such as Harmony Korine and Spike Jonze. She produced and edited the award-winning documentaries These Birds Walk and Homegoings and began her directing career began with a narrative short film, Love Comes Later, which was one of 10 short films accepted to the 2015 Cannes Film Festival. Her work has been featured in Filmmaker magazine, Huffington Post, Indiewire, Hollywood Reporter, New York Times, Variety, Bright Ideas magazine and NOWNESS, to name a few.

My new film, Stray Dolls, is a story about two young women who have to turn to crime in order to survive in America and gain agency over their lives. It is a story of love and companionship between an unlikely pair: Riz, a recent immigrant from India, and Dallas, a young American runaway from the South. It is a story about outsiders in America that grapples with the question of whether it is possible to be good in an environment that is deeply flawed.

The film’s dilemma is similar to the one Chabrol was grappling with in La Cérémonie and Scorsese in Taxi Driver, both films that were major inspirations for me as I developed Stray Dolls. I wanted to directly face the fact that these questions have not been tackled in immigrant stories about the U.S. or in stories of female outsiders. I really wanted to create a new language in cinema for the way that we see immigrant stories and the perspectives of outsiders. These stories are given a very small box to fit into and I felt I needed to smash it, not only in terms of characters and storytelling, but also in terms of style.

Riz’s journey is deeply personal to me, as is this idea of the outsider. I myself am an outsider here in America. My parents moved to the U.S. when I was 13. In fact, they left me behind at a boarding school in India for a year because they weren’t sure they were going to “make it in America.” This is a reality for many immigrant families in this country. They want a better future for their children, at the cost of personal discomfort. The experience of moving to a new country was isolating. Acclimating to a school, a new culture and a new country was a delicate navigation, while my parents worked 90-hour weeks to establish their careers.

This is the essence of what I wanted to explore in Stray Dolls, while also connecting it to the zeitgeist in America and the nuanced racial and socioeconomic ways people feel like outsiders here. My intention was that if anyone who has felt “other” saw Stray Dolls and related to its spirit and pondered the questions it posed, they wouldn’t feel as alone.

Motels are a hotbed for crime and outsiders in America, as portrayed iconically in one of my favorite films of all time, Paris, Texas. In the past few years, I traveled to over 50 motels and sought out true-crime stories that occurred at American motels. I also became a volunteer at the Women’s Prison Association (WPA) and came across many stories of how women fell into crime. Most women commit a crime to protect their loved ones. They do it to put food on the table. The rates of women prisoners incarcerated in America has gone up by a factor of 10 since the ’90s and continues to rise.

I was inspired to explore the gray areas of who we see as a “criminal” and the circumstances that force somebody to commit a crime. But at the heart of it, I’m telling a story about complex and flawed people who are forced to take matters into their own hands. I am a first-generation immigrant and my perspective has never been seen in a film such as this one. I know firsthand that our lives are not reducible to a mere struggle for survival.

My characters reflect the complex web of desires, emotions and needs that define all people from all backgrounds. As in real life, Riz, Dallas and all the characters in Stray Dolls are flawed, navigating a morally murky world. With this story, I’m making a statement about the problematic idea of the “American Dream,” which sets people up to fail regardless of how hard they try. It’s a look at how America treats immigrants and poor, disadvantaged citizens. I wanted to leave the audience with several questions: Who is at fault? Is it their circumstances? Or is it the characters? For this reason, I told this story in a subversive form. I made the film lean in the direction of a crime thriller so I could hide subversive and poetic metaphors in its DNA.

When the script was ready, I thought surely somebody would want to finance Stray Dolls, as my short film had played at Cannes, but the road to financing was not easy. I had a lot of interest from producers I’d met at Cannes and at the Tribeca Film Festival, and in New York and Los Angeles. We even met with agencies, who wanted to help us cast up by attaching a star and securing financing. But somehow, the financing kept coming together and falling apart. I began to realize that this was maybe why there are only two to four percent of women of color in Hollywood: We face obstacles at every step, from entry level and onwards, and many more than the other 96 percent. I kept pushing forward because I felt that what I had to say was important and urgent, eventually deciding to produce Stray Dolls myself, simply to ensure it got made.

Our next hurdle was casting. One of the biggest challenges was finding our lead, Riz. In the story, Riz has recently arrived in the U.S. from India. Staying true to the story was critical here. We started our search in the U.S., but I soon realized that Riz was going to have to be an actress from India. Several people thought this was a crazy idea. Some thought I should cast a lead actor who would bring “value” to the project. Others thought it was impractical because an O1 visa for a film would be impossible to get under the Trump administration’s immigration policies. This was a critical decision, and I knew I had to stand my ground and fight for authenticity.

We started an international search for Riz. A friend, the established director Anurag Kashyap, recommended Geetanjali Thapa, a phenomenal talent from Bombay. She read the script and got back to me within 24 hours, eager to do it. So began the harrowing journey of getting Geetanjali an O1 visa and flying her over before the shoot. Her visa was approved four days before our shoot and she arrived two days before we began production. She played opposite the veteran film and TV actress Cynthia Nixon and the brilliant Olivia DeJonge, who is currently playing Priscilla Presley in Baz Luhrmann’s film Elvis. Casting is a huge element in filmmaking and it was exciting to watch these completely diverse actors come together for this story as I had imagined.

Every step, from the writing, financing, casting and filming, and now to the release, has been incredibly challenging. There were easy decisions and there were the hard ones – the path no one had chosen before you. Ultimately, making the harder choices and choosing the path less trodden becomes your legacy, paving the way for someone after you to tread easier. This, in itself, is worth the work.

Sonejuhi Sinha is the writer-director of the crime drama Stray Dolls, starring Geetanjali Thapa, Olivia DeJonge, Robert Aramayo and Cynthia Nixon. The film premiered at the 2019 Tribeca Film Festival is released on VOD April 10. Sonejuhi grew up in Northern India until the age of thirteen; after a short stint at a British boarding school in the Himalayas, she packed her bags to join her parents in New York City. She got her start in the industry working as a commercial film editor and has worked alongside acclaimed directors such as Harmony Korine and Spike Jonze. She produced and edited the award-winning documentaries These Birds Walk and Homegoings and began her directing career began with a narrative short film, Love Comes Later, which was one of 10 short films accepted to the 2015 Cannes Film Festival. Her work has been featured in Filmmaker magazine, Huffington Post, Indiewire, Hollywood Reporter, New York Times, Variety, Bright Ideas magazine and NOWNESS, to name a few.

Directing
film essay
first film
immigration
Indian
Sonejuhi Sinha
Stray Dolls
RG Lowe and Jess Williamson Talk Releasing Albums in the Midst of a Pandemic
The Way We Get By: Jehnny Beth Has Been Reading a Million Books At the Same Time 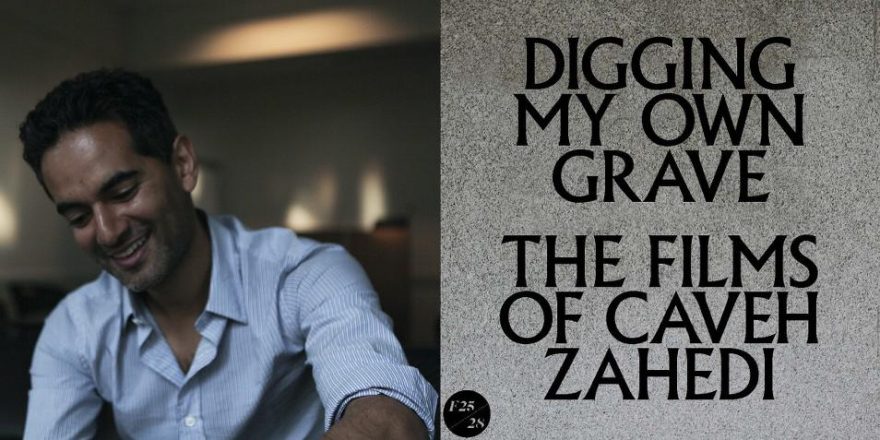 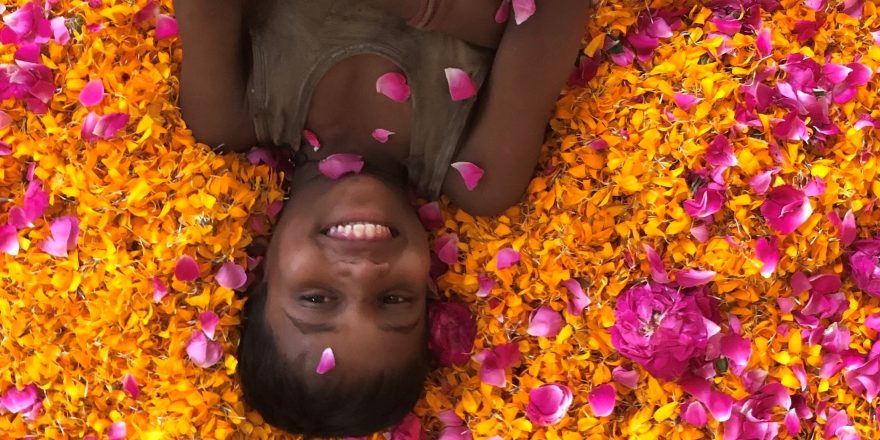 The Color of Freedom 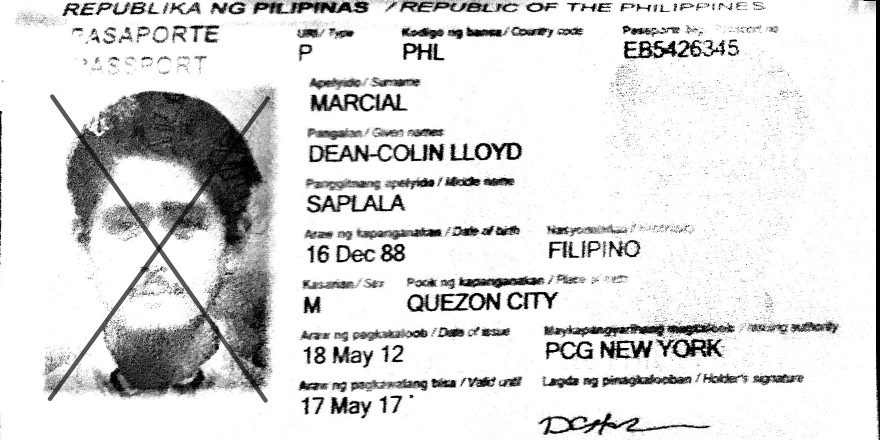 Love in the Time of Diaspora