Adam Weiner is the frontman and songwriter for the band Low Cut Connie. He has written articles for SPIN, Billboard, and TIDAL. He lives in Philadelphia.

He was Black, Gorgeous, and Dangerous, a broke-ass child of God scrubbing dishes at the Greyhound station in Macon, Georgia. This scullery maid Star Man in the segregated state of Georgia, with his tiny moustache dripping sweat, would wash the slop, roll his eyes, and sing into the garbage pile.

This was Little Richard Penniman at age 19. Here he was in the muck and the mire of America—a fucked-up, racist, seedy-ass bumblefuck bus depot. This is the place where he looked out over the countertops and decided that, no matter what, his time would come. They would all know him. He would be the King and the Queen, the jewel of modern style. He would find his way to explode into showbiz and illuminate all this commonality. This is where he rejected the drudgery and narrow-tailed life we are prescribed to live. Here, shvitzing over a greasy kitchen sink, he reimagined himself, and a whole world of live entertainment was born. 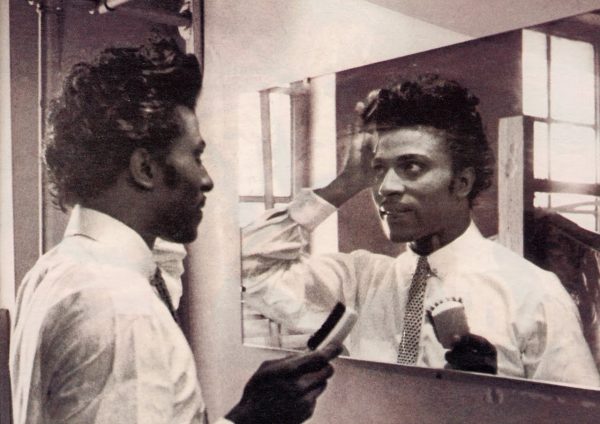 Richard’s father, the late Bud Penniman, had recently been shot and killed outside of the nightclub he ran, the Tip In Inn, by a man named Frank Tanner. The police in Macon were not interested in the murder of a black man, and Richard’s mother—the soft-spoken, God-fearing, and very pregnant Leva Mae Penniman—did not have the money to pursue a case. The man was dead, there were 12 children in the house to feed, and there was no time to discuss it.

Richard has claimed that when his father died, the family became so poor that they would pull pieces of wood off their own house to build a fire. So, Richard would have to work. No more of this trifling around, cross-dressing and showboating with these traveling queens. No more of these glitchy little jukebox records; no one bought them and there was no future in it. The kid would have to scrub dishes, and his trouble-making would have to wait a while. His family did not understand him, but they needed him home.

Richard had come back to Macon after a few years performing in traveling tent medicine shows and singing the Devil’s Music in a series of fabled, but failed, identities. Childhood was rough for weird Little Richard, and he ran away from it all at the first opportunity. As a young boy, he was ridiculed and rejected by almost everyone in Macon. He described himself as a deformed misfit child, with one leg and one arm much longer than the other, but he was also shockingly pretty for a young man, and would imitate his mother’s makeup and perfume rituals. He often had wild outbursts of singing, dancing, and drumming in school and church. The other kids would chase him out into the woods calling him “faggot,” “punk,” “freak,” “sissy boy.”

It was a medicine show spiritualist pseudo-psychic passing through town named Doctor Nobilio who was the first to tell Richard he would be massively famous—he just needed to get the hell out of Macon. He quit high school and joined up with a series of amazingly-titled rinky-dink traveling shows, initially billed as Little Richard, and then as the great Princess Lavonne. He performed with Dr. Hudson’s Medicine Show, Sugarfoot Sam from Alabam, the Tidy Jolly Steppers, and the Broadway Follies. Princess Lavonne was an intense, hilarious Queen in Pancake 31 makeup. He worked on his schtick, but ultimately was an awkward drag performer. He had a natural gift to electrify and seduce, but with his mismatched legs, he couldn’t figure out how to walk or dance in heels so he would just stand still and wait for someone to open and close the curtain. The voice, though… the voice was spine-tingling. The voice was like a hot curling iron touching your ear.

Determined to have some kind of wider fame, he tried putting on a suit and tie and making some very conservative regional blues records, including his first single “Every Hour” (backed by “Taxi Blues”). These songs show only a slight spark of the otherworldly music he would give us a few years later—he sounds restrained by the blues genre, as if his immense powers of titillation and sanctification are just beyond the door of the studio, waiting to be accessed by a new magical force.

Now back in Macon and working at the bus station, Richard found himself having a flirtation with a fabulously obscure piano-player named Esquerita. Esquerita went home with Richard and taught him many things, including an explosive piano style, a total recklessness on the keyboard that would galvanize Richard’s emerging no-fucks-to-give performance style. The fear, the awkwardness, the self-loathing, were falling away. The radiance—the shock and awe, the genius—was emerging.

At the Greyhound depot, Richard scrubbed and calculated while the shady characters of the Jim Crow South passed through his orbit, everyone playing their part: The bigots who cursed him, the sad obedient children, the homeless, the Segregationists, the Evangelists, the Pentecostals, the Celibates, the soldiers and policemen, and the cheap thrills after dark when the whole town was dead. The whole cast of characters needed a jolt of pure modern art.

Here were all the aimless strangers shuffling around with grey faces. Richard saw it all in a neon glow, and he knew he could flame all over these poor babies and make them feel alive. The bus boy had a power and it was growing quietly in the kitchen. Richard watched it all, was in on it all, and then, eventually, was above it all. He decided that his destiny was not with the drag shows or the rural blues circuit. He was destined for the moon, the stars, and elsewhere—television, radio, movies, and the deepest consciousness of all of America.

A few short years later, he had done it all—he was the brightest star in the world. He gave alien sensations to white and black teenagers, and opened up channels only subconsciously considered. He freaked out the girls, he freaked out the boys; he freaked out the parents, the priests, the politicians, the cops, and everyone else watching the screen. No one could catch him. He stood at his piano and destroyed the room.

He changed the molecules, screaming and laughing and shaking and flirting with all of us. He flashed his teeth and took off his clothes. He was lightning in a bottle. It was no religion, and it was every religion. His performances stitched freedom into our pleasure centers. He is the least boring individual we have ever seen. It feels dangerous, it feels familiar, and it makes everything else look like scrambled eggs. 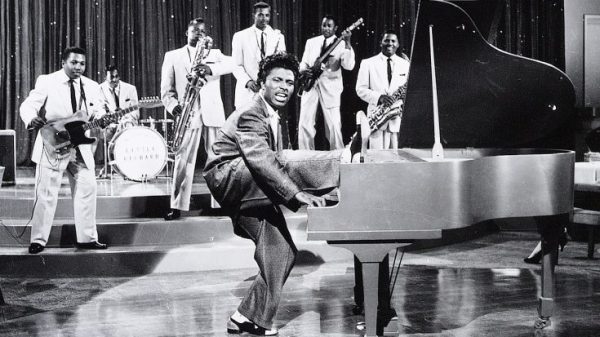 Louis Armstrong injected modernism into popular music and changed the way we listened and thought and spoke and felt; he was beyond words, pure expression. Richard opened himself and did this same pure thing to us in the mid-‘50s. He sang and moved with total abandon. He ignored the prevailing landscape and went somewhere entirely more exciting. “A wop bop a loo bop a wop bam boom.”

The Greyhound Station was an artless, punishing backdrop where Richard would change shape and fashion himself another Richard—a mammoth piercing talent, the Architect of Rock & Roll, the Georgia Peach, the Great Little Richard. The Fates of the Old South were trying to pin magical Richard to the ground and he would not submit. The third eye was opening, the New Sex had arrived. 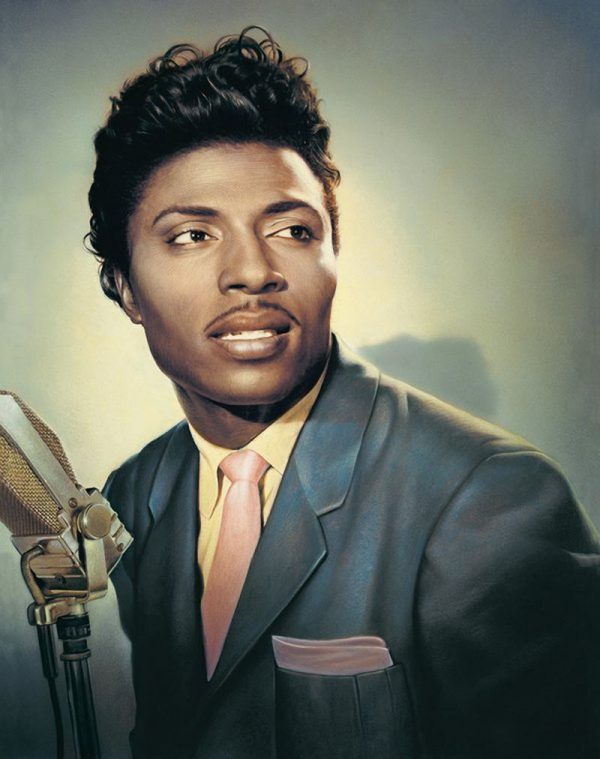 Let us speak about magical personhood in the form of one, Little Richard. Let us praise him. He is alive.

Adam Weiner is the frontman and songwriter for the band Low Cut Connie. He has written articles for SPIN, Billboard, and TIDAL. He lives in Philadelphia. 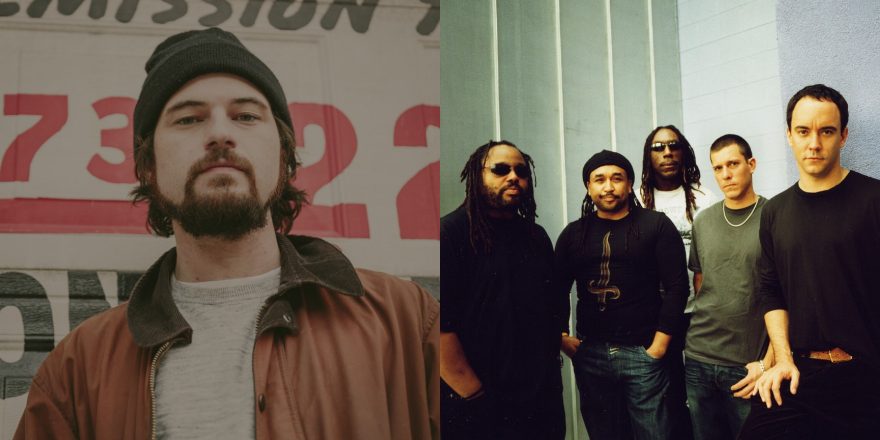 God of the Townies