Holiday Mountain is an electronic music duo founded by Mexican-American songwriter/keyboardist Laura Patiño and drummer/producer Zander Kagle. The two met in Boston while attending Berklee College of Music and together found a genre-expanding sound, fusing together their affinity for pop, hip-hop, and electronic music. The result is a force so strong that when describing their sound, NPR exclaimed, “resistance is futile.”

Despite my happy and stable childhood, around age thirteen, I began experiencing obsessive thoughts and behavior in relation to my physical appearance — and developed a chronic feeling that my body was inherently wrong. This is a feeling not uncommon to most girls.

It was hard for my compulsive feelings not to be validated every time I saw another advertisement glorifying a waif-like teenage girl, but the more performance art I was exposed to, the more I allowed myself to start thinking critically about the mainstream society we’re born into.

Before we’re old enough to even be aware of it, society often tries to control a woman’s relationship to her body, her sexuality, her intellectual aspirations and more. For me, my journey to loving myself and my body was about allowing myself the freedom to stick out, to not conform to the unrealistic and often contradictory standards girls are held to, and to just try to accept what made me feel happy — even if other people didn’t understand it.

Physically, cutting out foods that were giving me allergic reactions and developing a yoga practice made a big difference for me around age nineteen. Being in college gave me a new level of independence and the freedom to make whatever choices I thought were best for me. This control came with a sense of accountability for my own health, and I started to feel less like a victim. During this time, I was also mentally and spiritually helped by a variety of female performance artists. These are the women who helped me find my own sense of inner strength:

Brody Dalle’s voice really liberated me as a teenager; her raw and completely unapologetic vocal tone told me it was OK for a female to express anger or frustration in a creative way. I would recommend starting with the Distiller’s 2003 album Coral Fang.

To me, most of the lyrics in this album are about her dealing with depressive emotions and struggling to find a sense of control in her relationships. I first heard this album around age fourteen, and it was pretty powerful to hear a woman so honestly express her dark emotional struggle while also being able to accept and even fully embrace those feelings.

Performance-wise, it was liberating to see this muscular, tattooed, beautiful, pale woman with a huge Mohawk and an overt sexuality rocking out on guitar in the gutter, wearing nothing but tights and a leather jacket. The whole character concept was completely new to me: seeing a female performer mix sexuality, anger, punk, love and grossness all into one. It felt like an honest depiction of life: a big mix of many emotions. And it felt OK to start getting in touch with all the feelings that were feeding into my obsessive thoughts — even if they were dark or sometimes angry, they were still vital to listen to.

Amanda Palmer is someone who will never wear any label and has always had a unique and distinguishable sound and message. In her 2013 TED talk, The Art of Asking, she describes starting out as a street performer who found meaning in sharing moments of true connection with passersby, and the importance of reaching out and asking for help. This mindset of trusting other people to see you and really hear you was important when it came to my relationship with my body and the world.

In the past, I was often too scared to tell anyone how I was feeling, but when I first heard the Dolls’ 2003 track “Coin-Operated Boy,” and saw the video around age fourteen, I was excited to see someone just put their whole personality out there and get support. It gave me hope during my journey to self-acceptance and finding a community of like-minded people.

Marina Abramovic’s work is emotionally blatant and inventive; she brought the participation of her audience into her performance art, focusing on confronting pain and the limits of the physical body. Check out her 2012 documentary, The Artist is Present; I can almost guarantee you’ll shed a tear and discover a deeper sense of vulnerability.

The documentary features one of Abramovic’s most famous performance pieces, a conceptually simple affair in which audience members sit across from her one at a time and make deep, extended eye contact. Watching this piece, I witnessed every type of person encountering something raw, something that reminded me of my own body issues. This piece taught me that everyone has a struggle, and the most helpful thing to do is to just open up and not hide your journey.

Peaches’ work disregards gender norms. She often performs in gigantic, bedazzled vagina costumes or unitards with Barbie head nipples — all in an effort to break down the barriers and taboos surrounding sexuality.

I first heard her 2000 track “Fuck the Pain Away” in college and was immediately liberated by this song about a woman openly loving her body and feeling entitled to pleasure. It was inspiring to learn from her interview on WTF with Marc Maron that she grew up attending a private Jewish school and even taught music and drama at a Hebrew school in Toronto before launching her international musical career. It showed me that someone’s path to success can look like anything, and the physical confidence she has in her performances encouraged me to find a more loving and light-hearted relationship to my own body.

M.I.A.’s music — and the way she weaves politics into art — was pivotal for me. She helped me find a sense of inner strength and energy. I first got into her music around the end of high school when I discovered her 2007 cover of the Pixies’ “Where is my Mind,” which she renamed “20 Dollar.” I listened to her 2007 album, Kala, over and over again while discovering my own healthy exercise practice. Finding that sense of control and strength within myself made me feel truly liberated for the first time. M.I.A. taught me that it could be admirable and attractive for women to look strong rather than sweet — or maybe even both at once.

I was hooked on Santigold’s sound ever since I heard 2008’s Creator as a college freshman, and I was inspired by the fact that she worked as an A&R rep at Epic Records before she had her own musical career. Her identity as a performer taught me that I didn’t need to look a certain way or be a certain age to find musical success. Most of the depictions of successful female entertainers I had been exposed to were freakishly young women who were often controlled by the industry. Seeing an adult woman at the height of her career made me excited, rather than afraid, to embrace adulthood as a female.

This documentary gave me a whole new sense of perspective on owning and loving what makes you different. The way the Neo Burlesque movement is depicted in this film is next-level shocking and serves as a portrait of radical self-acceptance as well as political protest. It’s extremely inspiring and definitely jaw-dropping. Check it out on Amazon next time you want to get your mind blown!

Holiday Mountain is an electronic music duo founded by Mexican-American songwriter/keyboardist Laura Patiño and drummer/producer Zander Kagle. The two met in Boston while attending Berklee College of Music and together found a genre-expanding sound, fusing together their affinity for pop, hip-hop, and electronic music. The result is a force so strong that when describing their sound, NPR exclaimed, “resistance is futile.” 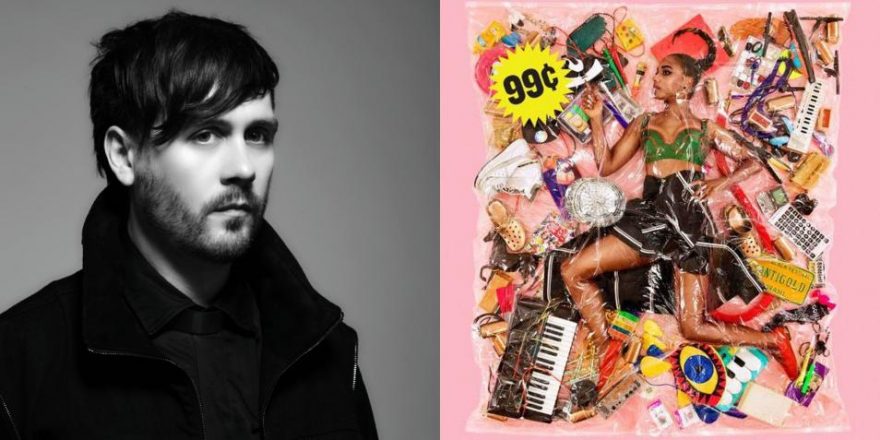