Friendship Commanders is a melodic heavy duo from Nashville TN comprised of vocalist/guitarist Buick Audra and drummer/bassist Jerry Roe. The band recently released two new singles, “Stonechild” and “Your Reign Is Over.” The new singles follow their Spring 2020 EP, Hold On To Yourself∫, and were mixed and mastered by the same team of Kurt Ballou and Brad Boatright. While there is a sonic through-line, “Stonechild” and “Your Reign Is Over” cover new territory for the band. The music still occupies a heavy space, but the vocal presentations and energies vary, as do the subjects.

Since its release, several people have asked me why I chose to write a song about Stonechild Chiefstick. The short answer is that I didn’t — it just came. The only choice I had in the matter was whether or not to put it forward, and that was not my choice alone. But I’m getting ahead of the story.

A fellow singer-songwriter I respect and admire lives on the Port Madison Indian Reservation in Poulsbo, Washington. She and I have cause to message each other on a fairly regular basis. We share interests in music, poetry, literature, the work of Audre Lorde, and above all else: equality. It was she who initially told me about the death of Stonechild, or “Stoney,” as he’s more affectionately referred to by people who knew him. I didn’t know him. I never will. That’s pretty much the crux of this whole thing. You can’t know someone who isn’t there.

Stonechild’s death didn’t track in a logical way from the very first time I heard about it. He was shot at the 3rd of July celebration in Poulsbo by a white police officer who absolutely did not have to shoot or kill him. If you look the press coverage up, you’ll see reports of people feeling weirded out or vaguely threatened by Stonechild that day, but even if all of that squares, his death should not have occurred. (I don’t speak the officer’s name aloud, so as not to give it power, but it can be found very easily.) The next thing that happened is part of why this story has had a hold on me for so many months. After he died, they proceeded with the fireworks. They killed this man, this 39-year-old Chippewa Cree man — this father of five — in front of all kinds of community members (kids included), and then they celebrated.

I can’t for the life of me conjure up a scenario that would be a more garish and upsetting illustration of colonization and white arrogance than the one I just described. Horror. To hold a celebration for the “independence” of literal colonizers after killing an Indigenous person on stolen land… What else can be said? I struggled with wanting to hold silent, mindful space for this loss, and also releasing a shriek of despair. What have we done? What are we doing? What kind of story is this? Why are more people not talking about it?

These unanswered questions lived in my body and mind for a time, and then more unfolded. Stonechild’s death was on July 3rd of 2019, but in April of 2020, it was decided that the officer who shot him would not be held accountable. Then, in July of 2020, the memorial site for Stonechild was vandalized by the Poulsbo Port Commissioner. It was after this last act of racist disrespect that the song started to write itself. For a while, all I did was listen. Listening is an important part of songwriting for me. I believe there is as much to learn from listening as there is from making sound. This particular song played itself in parts for me for several weeks before I understood its intention and content. When I did understand, a whole world of uncertainty opened up for me. Stonechild and his story do not belong to me. I am very clear on that. Once the structure of the song existed, it was time to involve other people.

My initial instinct was to take the song to my friend who had shared the story of Stonechild with me. I figured that as a fellow songwriter as well as a member of the Suquamish community (of which Stonechild was part), she’d be able to see if the song was an acceptable offering or not. Plus, she knows members of Stonechild’s family. The story is close to her in more ways than one. I think it took her all of five seconds to tell me she was happy that I’d written about Stonechild. I sent her the lyrics and she asked if she could take them to the family, see how they felt about it. I could imagine no more appropriate course of action. I heard back within hours that they approved of the song and its message. A relief I didn’t expect washed over my entire body. I had been holding a fear that I was getting it wrong, perhaps further injuring this group of people who had already been hurt enough for a lifetime.

I am acutely aware of how many ways there are to get it wrong. I am also very aware of the miles that can exist between intent and impact. And what was my intent, anyway? I was ready to put the song in a box forever and forget it if the family wanted me to, but now that they didn’t… What to do? The foundation of the entire effort had to be: Do no harm. In this case, since there had been insults on top of injury, our work had to do the opposite, if possible.

After the song was given the go-ahead from the folks who matter the most here, it seemed natural to extend the offer to them to be involved with it. We hadn’t yet recorded it (or even done a messy band practice demo of it), but I knew that there was an instrumental section in the middle that, to me, musically reflected the conflict in the story. And by “conflict,” I mean abuse of power. I asked my friend to extend that offer to the community and she responded with an idea right away. Her cousin, Cassy Fowler, who also knew Stonechild’s family, might be interested in speaking in Lushootseed on the track. I loved the idea of having a message spoken in Lushootseed. I’d heard Lushootseed spoken and sung in different contexts by artist/activist Calina Lawrence. Connections were made in short order and we were on our way.

Cassy Fowler (Suquamish) and I were on the phone with one another within days. Cassy would speak a message in Lushootseed in the instrumental section and maybe at the end of the song. She had my lyrics and would come up with an additional message from the community’s perspective. She brought on Zalmai Zahir ʔəswəli (Puyallup) and Chris Duenas (Puyallup) to help craft the lyrics, and also consulted with Stonechild’s family on what the best statements might be. What they wrote is powerful and direct, and asks questions of white people that I believe need to be asked.

We ended up with a mix slot with Kurt Ballou that was just days from when we started the process of collaborating with Cassy, so while she was writing her part, we were recording the track. When she had her lyrics together, she recorded them right into her phone and sent them to me. I dropped them into the track, and it was as though we’d all done it together in the studio. The timing was perfect and her tonality was striking; it worked. I believe it was supposed to happen, and therefore, it did.

Making the video presented another opportunity to tell the story without being invasive. Austen Strobel (Shawnee/Cherokee) came on as a figure holding a glowing orb that loosely represents mortality and spirit, only to rest it on the ground at the end. My bandmate and partner, Jerry Roe, wrote the treatment and I thought it was right for what we were doing. There would be no reenactments of the horrific crime that had occurred, there would be no likenesses. The story does not belong to us. We were only trying to elevate it with this work, and to do so with care.

When a person is killed in a way that is related to systems of injustice and imbalance, there is a danger of making that life an example of a bigger issue, of taking that life and making it one of many, like a martyr to a cause. There is a danger of flattening it with language that generalizes. I have also observed a very destructive and disrespectful tendency for people to try to gauge the value of that life based on the person’s contributions to society. I am wary of both of these approaches. Respectability politics can be a very slippery slope, and no one asked us to rank human life based on systems we don’t all subscribe to. I believe it serves to dehumanize and to make us feel like we can live within these racist and classist paradigms. I want to be very clear that I am not interested in my work serving these purposes. I want my work to humanize. Only.

Stonechild was a person who lived. He was a real man, and we can’t begin to understand the impact of his absence in the lives of those who knew him, and indeed those who did not. On the last day of his life, he wore a baseball hat, the brim cheated to the side. He wore a large t-shirt with the head of a tiger outlined in what looked like constellation points on the front; the graphic was huge and covered almost the entire surface of the shirt’s front. I have seen his image. He looked like someone I might have known from going to metal shows. He looked like someone I should have known.

I didn’t choose to write a song about Stonechild Chiefstick. But, I do choose to sing it. If my voice wavers on the chorus, if my pitch falters when I sing “a son and father,” if it sounds like I’m wailing, it’s because I am.  And there’s a good chance that I always will. Some things won’t ever become OK. My intention is to hold the space for that.

Friendship Commanders is a melodic heavy duo from Nashville TN comprised of vocalist/guitarist Buick Audra and drummer/bassist Jerry Roe. The band recently released two new singles, “Stonechild” and “Your Reign Is Over.” The new singles follow their Spring 2020 EP, Hold On To Yourself∫, and were mixed and mastered by the same team of Kurt Ballou and Brad Boatright. While there is a sonic through-line, “Stonechild” and “Your Reign Is Over” cover new territory for the band. The music still occupies a heavy space, but the vocal presentations and energies vary, as do the subjects. 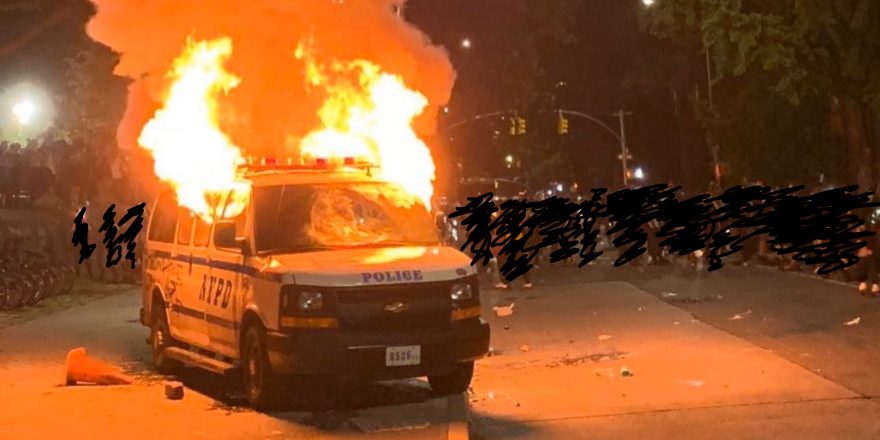 Fuck the Police: Victoria Ruiz (Downtown Boys) on Why You Should Protest the Cops, Too 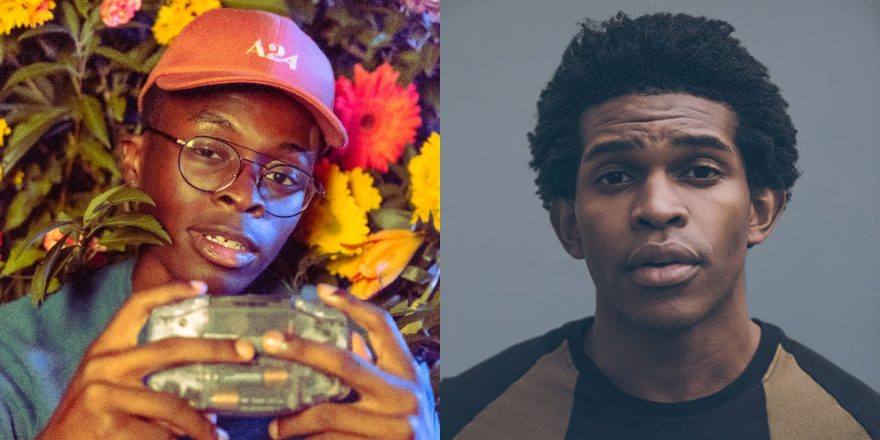 MOZIAH and Camrus Johnson on the Politics of Black Mental Health 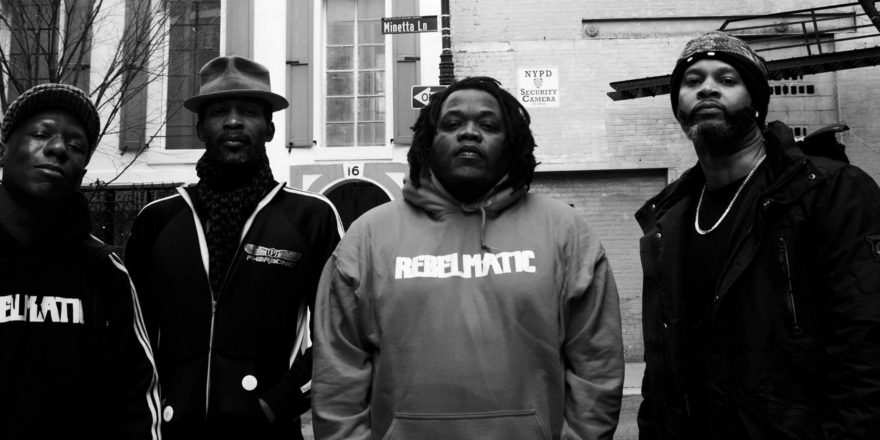