In 1973, the same year that classics of post-Easy Rider Hollywood like Mean Streets, The Long Goodbye and Badlands were electrifying cinephiles, director George Roy Hill scored a smash hit with a decidedly old-fashioned star vehicle by reuniting with his Butch Cassidy and the Sundance Kid stars Paul Newman and Robert Redford for The Sting. Viewed today, The Sting feels weirdly out of place among the more daring contemporary efforts of Scorsese, Altman, Hal Ashby (whose The Last Detail came out that year), Peckinpah (Pat Garrett and Billy the Kid), etc., but in its moment, it couldn’t have been more popular, winning Best Picture at the Oscars and finishing second only to The Exorcist in the annual box office rankings. The picture’s success inspired Universal Studios to back another period piece even less modern than The Sting, with older actors (Walter Matthau and Jack Lemmon in the place of Newman and Redford) and an old-school director (Billy Wilder), not to mention source material from nearly 50 years earlier that had already been filmed at least twice.

The result, Billy Wilder’s 1974 adaptation of Ben Hecht and Charles MacArthur’s 1928 play The Front Page, came nowhere close to The Sting’s critical or economic success, and in many ways it probably felt dated the weekend it came out. Yet the very elements that made it less accessible than The Sting in its era – the odd collision of the antiquated and the modern, the decelerated pace, the application of Wilder’s sensibility to a theoretically impersonal “for hire” project – make it more unique and compelling today than the more smoothly engineered The Sting. Wilder was at a low point commercially when The Front Page came along; although he’d been making one great film after another (Kiss Me Stupid, The Private Life of Sherlock Holmes, Avanti), he hadn’t had a hit since 1963’s Irma la Douce and was thus open to taking an assignment on a project he didn’t originate. That said, while The Front Page’s origins may have been purely mercenary on the part of most involved (particularly the powers that be at Universal, who saw in the property an opportunity not only to replicate The Sting’s success but to repurpose its sets and costumes), Wilder quickly found ways to get inside the material and make it his own.

First and foremost, Wilder was a reporter in his youth, at around the same time that The Front Page takes place, the late 1920s. Although Wilder seems to have been relatively cynical about his former profession – the reporter played by Kirk Douglas in his Ace in the Hole remains one of the most unscrupulous and repellent members of the Fourth Estate ever to appear onscreen – he always reveled in its energy, and one of the great pleasures of The Front Page is the abundance of details about how a newspaper runs and what the lives of its employees are like. It’s what appealed to Cameron Crowe, another journalist turned filmmaker, about the movie, and it’s what gave The Front Page resonance in 1974. Although the basic outline of the plot – a managing editor (Matthau) tries to keep his star reporter (Lemmon) from quitting to run off and get married while the reporter covers the story of a man about to be wrongly executed – have remained faithful to the 1928 play, the 1931 movie directed by Lewis Milestone, and Howard Hawks’ reworking of the material as a romantic comedy in His Girl Friday, Wilder’s The Front Page reflects the tenor of its time in intriguing ways. Just a few years removed from the Pentagon Papers and arriving in theatres at the tail end of the Watergate scandal, it crackles with the energy that comes from giving an audience an inside look at an industry that’s shaping their daily lives in profound ways.

Wilder and production designer Henry Bumstead (who also designed The Sting) never betray the period, which makes it all the more provocative when Wilder draws direct parallels with more recent historical events. There’s a sequence at the midpoint in which the Chicago police attack, rifles in hand, that immediately evokes the chaotic events of the 1968 Democratic National Convention that had taken place just six years earlier, a comparison that Wilder amplifies with the specificity of his locale. If my memory is correct, this is the first filmed version of The Front Page that explicitly states where it takes place, and the Chicago setting allows Wilder to make topical references and associations without forcing them. Yet there’s a weird tension in the film that comes from the fact that it was shot in Los Angeles and San Francisco rather than Chicago, mostly on sound stages and the Universal backlot. The whole movie is pulling in different directions – between grounded reality and a more generalized artifice, between the classical Hollywood in which Wilder flourished and the modern age in which he was struggling to stay relevant, and between the fast-paced banter of Hecht and MacArthur and the slightly more contemplative, reflective sensibility that was starting to characterize Wilder’s work (and would be felt even more powerfully in his next film, Fedora).

Those latter two conflicts are connected and at the heart of all Wilder’s late movies, which are infused with a sense of melancholy that might come from the fact that the director knew his days were numbered. Although The Front Page is superficially a zingy comedy, it’s slower than Hawks’ famously fast His Girl Friday, with Wilder directing his actors not to overlap their dialogue in the way that Hawks’ performers had, but to allow for the crisp, clear presentation of the words. It’s as though Wilder wants to take his time while he’s still got his seat on the camera crane; he even gets a little dig in at the generation of filmmakers who were replacing him by introducing the character of a shallow, inexperienced young reporter who seems to be a stand-in for the young directors such as Spielberg and Bogdanovich, who Wilder rightly perceived as a threat. Yet The Front Page lacks the bitter aftertaste of so many of Wilder’s more pessimistic movies; it exhibits a comforting serenity that’s rare in the director’s oeuvre. Maybe it has to do with his advancing age, or with the liberating freedom that came from taking on a job for hire instead of feeling his usual pressures as a hands-on producer, but whatever the underlying cause, The Front Page is one of Wilder’s most relaxed and confident movies, and one of the most generous toward the audience and its characters.

The Front Page did pretty well at the box office in relation to its budget, breaking Wilder’s cold streak and becoming his first film since Irma la Douce to show a profit. Yet the shadow of His Girl Friday loomed large over the reviews, which were mixed at best and created an impression that the movie was a failure – an impression exacerbated by some of those odd collisions of tone and style that I think are part of the movie’s appeal. The movie’s reputation hasn’t been helped by the fact that Wilder himself doesn’t seem to have liked it much; in Crowe’s indispensable book Conversations with Wilder, Wilder says he agrees with most of Pauline Kael’s negative criticisms of the picture.

I was motivated to revisit The Front Page by the recent release of Kino Lorber’s exquisite Blu-ray, which preserves Wilder’s elegant widescreen compositions (courtesy of Blade Runner cinematographer Jordan Cronenweth) in a gorgeous anamorphic transfer and contains an illuminating commentary track by film historians Michael Schlesinger and Mark Evanier. Like me, Schlesinger and Evanier consider The Front Page to be underrated and overlooked, and their arguments in its defense are essential listening for anyone interested in Wilder’s methods and style.

Ultimately, of course, the movie is its own best defense, Wilder and Kael’s complaints notwithstanding. Billy might have felt the movie brats nipping at his heels in 1974, but 37 years later, it’s clear that he was holding his own – and that he still does. 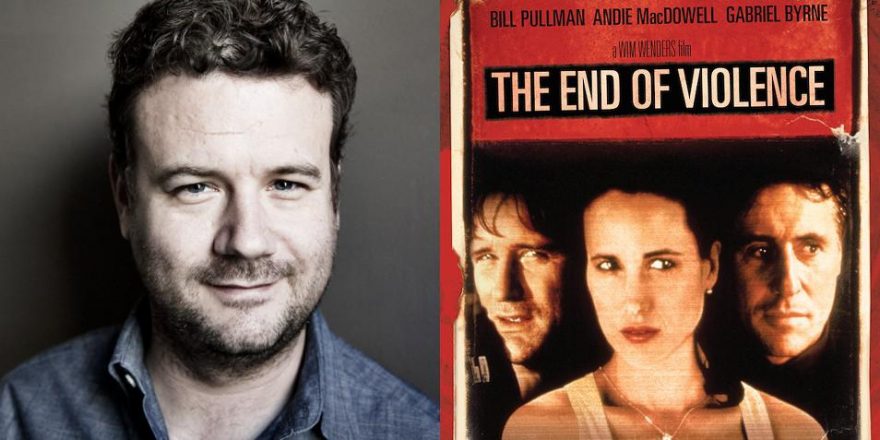