As the COVID-19 pandemic lays waste to much of the economy in the US, music venues — being by definition dependent on the congregation of large groups of people to make money — have been extremely hard hit. The only clear thing about safe reopening is that, even once the vaccine has been effectively distributed, venues will be coming back last.

The US government has stalled out on the meager assistance it has offered to workers and small businesses, and many people have no choice but to return to non-essential in-person work, potentially spreading disease and endangering their health and that of their community. In light of these threats, the National Independent Venue Association was formed. NIVA is a coalition of venue owners, promoters, and festivals that formed in March 2020 to lobby the government in the interest of independent venues and to pursue grants and federal funding to keep them alive while business is on hold.

According to NIVA, without additional financial support, 90% of independent venues in the country could shut down as a result of the virus. Week after week, we have seen one beloved club after another announce their closing. Many artists have come out in vocal support of NIVA — their website boasts a star studded list of endorsements from all over the entertainment world, like Katy Perry, Alice Cooper, and Diplo. Independent venues have been under threat from massive entertainment companies like Live Nation and AEG for years. In 2009, President Obama approved the merger of Live Nation (whose board includes Ari Emmanuel, former Chicago Mayor Rahm Emmanuel’s brother) and Ticketmaster, marrying the world’s largest concert promoter with the world’s biggest ticket provider, and creating a monopoly that has severely stunted competition. Live Nation and venture capitalists are eyeing these dying businesses with interest. There is a strong possibility that these smaller venues will be purchased by larger groups and consolidated.

This doesn’t bode well for concert goers, who will have capitalism’s signature homogenization and “optimization” of musical offerings to look forward to, in addition to bonuses like Ticketmaster’s hidden fees and jacked up prices. It doesn’t bode well for workers either. Live Nation has a documented history of shafting their employees, as evidenced by this 2015 expose in the Washington Post about their use of the typical gig economy formula, independent contracting as a loophole to undercut wages and take no responsibility for their workers’ health and wellbeing. Musician workers can expect much the same — in a leaked memo reported on by Rolling Stone it was revealed that Live Nation plans to pass the cost of the pandemic on to their artists by reducing guarantees by 20%, forcing artists to do promotional leg work, taking a cut of merch sales, and not paying them for cancellations due to COVID.

Large, predatory companies like Live Nation can be counted on to squeeze every possible nickel out of their workers, and the prospect of a massive venue buyout is deeply disturbing. With this threat looming large, supporting the work of NIVA and independent venue coalitions seems like a no-brainer. Nobody who cares about the arts wants big corporations to come in and further gentrify and homogenize their cities and towns. Nobody who cares about workers wants these massive companies come in and exploit bartenders, sound engineers, musicians etc. But in this moment when many music and venue workers have been shown just how vulnerable they really are financially, one has to ask: How much were these venues doing for workers in the first place?

The phrase “independent venue” evokes the image of a beloved bar with a nice little stage, a tight-knit community, and perhaps a kindly owner who always pays the band out of pocket, no matter how empty the room — a business forced to shut down because they refuse to put their employees lives at risk during a pandemic. Certainly, these places exist; in fact, I am lucky enough to work for one of them. But it is not so cut and dry. NIVA membership runs the gamut from small clubs to multi-venue entertainment groups with ambitions far beyond well-meaning stewardship of the arts. A venue can be a gentrifier, a site of exploitation, a site of policing and racism. A venue can be trying to do right by its employees and community and still be guilty of these things. Under capitalism, exploitation is not only rewarded, but is often a requirement for staying afloat. I feel grateful to work for a place that has taken pains to care for its workers during this time of crisis, but sadly they are the exception, not the rule. Anyone who has performed lived music has at some point — if not most of the time — played for free. Many of us are used to giving our $20 to the touring band, because we know it is the right thing to do. Most people who have bartended, run sound, done door have been paid less than they can live off of, with little to no benefits.

NIVA has not said a great deal about what they plan to offer their workers in exchange for their support in the long term. In the months since I began working on this article, NIVA’s flagship Save Our Stages initiative has passed. This piece of legislature provides an extension of payroll loans to shuttered venues who have not have been able to access the loans provided through the CARES act. This IS a crucial win which will hopefully provide some relief to those workers who have not been fired from those venues. But it may not be enough. If the Save Our Stages initiative gets a venue  through the pandemic, there is a strong possibility that many of them will be offering musicians less for labor moving forward. We will be asked to accept this under the guise of “taking one for the team” and “giving back to the community.”

Recently Spotify, a company well known for underpaying musicians, donated $500,000 to NIVA. To date, Spotify has only committed 10 million dollars to relief funds for COVID, and this in conditional matching donations to pre-existing charities. 10 million dollars is a lot of money, but it is a drop in the bucket compared to Spotify’s estimated $21 billion dollar net worth. Spotify makes that money off of artists who are paid a fraction of a penny per stream. The donation to NIVA is put forward as an investment in music, but investment in businesses and not workers directly misses the point. The truth is that the musicians and employees are the ones who create the capital, not the businesses. An argument can be made that this is an investment towards long term stability for workers, but what about the people who need to keep a roof over their head now? When times are good, we are told that owners deserve profits because they took a risk, yet when times are bad, more often than not it is workers who have their pay cut or who are laid off to keep the business going. This small donation to NIVA is a gesture, a weak attempt to make Spotify seem sympathetic to the independent music world in a moment when Spotify’s public image is slipping. A meaningful investment in the music industry means a direct commitment to paying workers.

Still, faced with the specter of a bleak Live Nation future, it is easy to valorize the landscape we’re used to. But are those really our only options? Under our current system, even the best intentioned owner will exploit their workers to a certain degree — in fact, the larger economy demands that they do. Their hands are tied if they are trying to compete under capitalism. A few artists at the top will make a decent living, typically those with the most resources and privilege; pop stars will exist in a far off galaxy of fabulous wealth (typically while still getting the raw end of the deal from their labels), and the vast majority of us will go on precariously with no assurance for ill health or old age.

In this moment of stillness, when we cannot work, workers in the music industry need to rally together around our own needs, not those of our employers. We need to imagine alternatives to the structures we have in place. We need to dream far outside of the world we live in.

I don’t want to see beloved venues close, and I wish NIVA well in their fight. Still, I believe that if they survive and no meaningful social safety net materializes from our government (which seems doubtful as the Democratic party moves even further to the right), even the “good guys” will eventually be forced to take up the nastier practices of larger companies in order to compete with them. Our economy has failed all of us, and we need to consider alternatives.

One model which gives me hope is the worker-owned co-op. Imagine workers and community members coming together to buy these dying venues, shifting the focus from accruing profit to sustaining the lives of workers and artists and making music more accessible for everyone. A job at a venue could be a dignified, fulfilling lifelong career if the pay was good, the workload reasonable, if it offered insurance and benefits, and if you had a say in what was happening with the business. Instead of endless middlemen each taking their own piece of the pie, there would be a direct relationship between the worker/owners and the artists. Workers booking these shows would have a much more direct incentive to promote shows — business whose success they get a piece of — and much less reason to skim off the top to make ends meet (an adequate, reliable income.) A few strong co-op venues could raise the standard for performer contracts and artist compensation, and completely change the landscape of the musical economy, across a city.

This past summer saw wave upon wave of businesses coming out in support of the Black Lives Matter movement, but I wonder if meaningful change is actually possible under our current economic system — one in which venues and other arts spaces are so often the vanguard of displacement and gentrification. I think that a conscious decision to prioritize anti-white supremacist, anti-carceral, and pro-worker values at every step of the construction of co-op venues could produce vibrant scenes which would support all musicians, not just affluent white ones, and work in tandem with the neighborhoods they exist in to build stronger communities.

It can be easy to think of activism as something separate from the other areas of our lives, but there are through-lines between the labor struggles we face as musicians and the issues afflicting the rest of the world. When we learn to organize within our own lives, within our passions and livelihoods — when we learn to draw connections to larger structures and build in solidarity with other struggles — we learn to make our immediate world more just and more decent. We make our lives and the lives of those we touch safer, gentler, and more dignified. 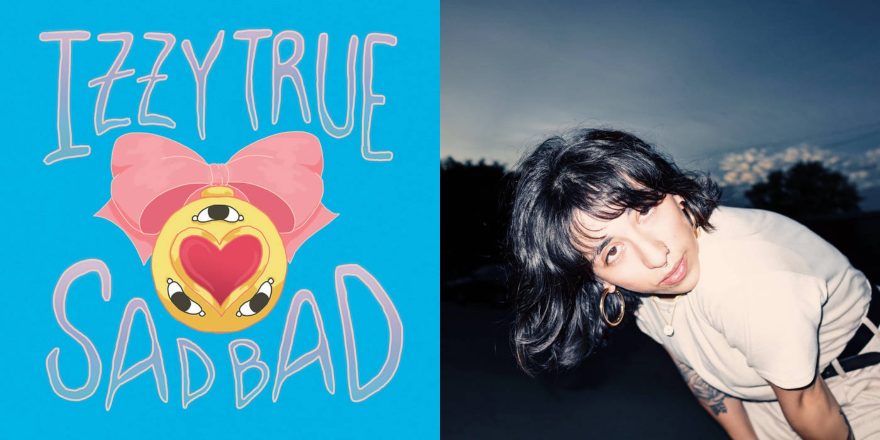 Tenci Is About to Blow the Fuck Up 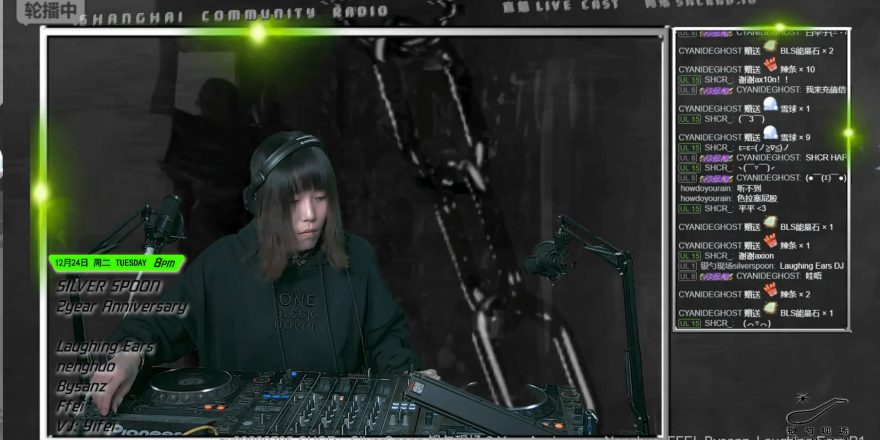 How Will Artists Survive a Pandemic? 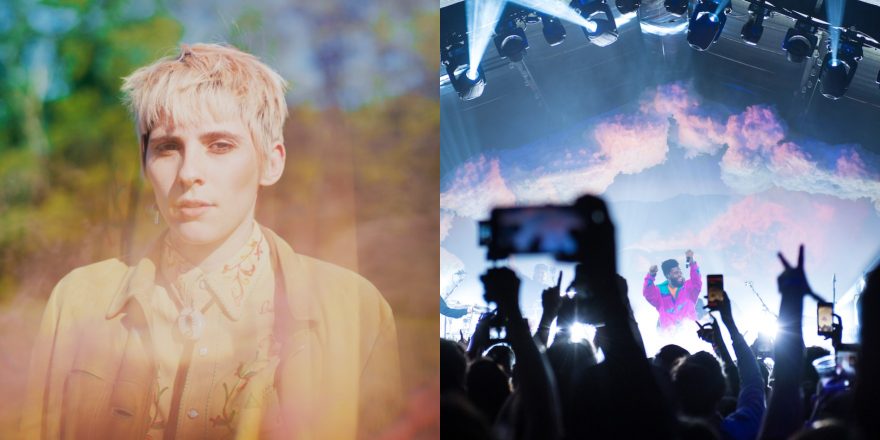