Talkhouse Contributing Writer Marissa Paternoster is the singer and guitar player in Screaming Females. You can follow them on Twitter here.

In 2010, my band Screaming Females toured with Ted Leo and the Pharmacists in support of their fifth album, The Brutalist Bricks. I was a huge Ted Leo fan, so having the opportunity to become his friend let alone play on the same stage as him was a terrific honor. After our tours together, he texted me about Sharon Van Etten, and urged me to check her out. I was instantly amenable to the idea because Van Etten is a New Jersey native, and I harbor an endless reserve of Jersey pride. I’ve been a fan ever since. I wasn’t sure how much time had passed since she released her record, so I was extremely excited to hear about her upcoming album Remind Me Tomorrow. Since releasing Are We There, Van Etten has kept extraordinarily busy, going to school, doing a bit of acting and scoring for film and television—and becoming a mother.

I have a long laundry list of things that I would never ever like to experience. Number one is giving birth to a child, and number two is becoming a mother.

When I fantasize about giving birth (which I do, often), my imagination gives way to unyielding, mythical horror. I envision myself going mad. I see myself in the throes of hysteria, perfectly bred for the often-ignored, devastating effects of postpartum depression. I do not hear my fear of madness echoed in Remind Me Tomorrow, but rather the wistful melancholy of a new mother who harbors great concern for her child. The sadness embedded within this record, however, feels cathartic rather than resigned. Van Etten’s lyrics paint pictures of great strength, not of submission. There is hope implied in the album’s sonic character and within Van Etten’s lyrics, though musically, this album is quite dark. The synthesizers are low, distorted, innocuously tucked beneath her beautiful singing voice. At times Van Etten seems indignant, a disconcerted spirit who will not relinquish or abandon her desires simply because she has had a child. This shadowy world (Van Etten refers to “shadows” several times throughout multiple songs) almost manifests within the murky swaths of mid-range synthesizers.

As a person who endured a troubled, tumultuous childhood, I often wonder if there is any way for a parent to raise another human being and spare them some degree of heartbreak. As nihilistic as it sounds, it has always seemed to me that the most innate dynamic between a child and a parent is that of sorrow. As a parent, you worry. As a child, you struggle. Much of this record attunes me to this despair, the lament of a resolute woman staring down the barrel of the end of the Anthropocene. While confined in her own nostalgia, Van Etten reflects on her own youth on tracks like “Comeback Kid” and “Seventeen”: “I used to be on this street /I used to be seventeen.” The past tense hangs heavily here—those days are behind her.

Though I rarely read album reviews, I have grown weary reading about the “vulnerability” of women singer-songwriters. Depending on the way that “vulnerability” is deployed, it can sting like a slight, as though the lyricist has rendered herself nude, regardless of the content or application. The term serves as a crutch when music journalists need to describe any degree of lyrical poignancy as executed by a woman. I fear that Van Etten’s latest release will be drenched in this reductive, stale descriptor. It’s not the denotation I contest but rather the connotation. I’d be more inclined to canonize Van Etten alongside the wry wit of Aimee Mann (the track “You Shadow” particularly), the vitriolic lyricism of Fiona Apple, and the elegant humor of Neko Case. I deeply admire all of these women, not only for their immense skill as artists, but for their wit, their realism, and their toughness. Remind Me Tomorrow isn’t solely mournful. The album often made me chuckle, from the title (Remind Me Tomorrow is an obvious reference to Van Etten’s loaded schedule) to a few lyrics. In the opening track “I Told You Everything,” Van Etten sings “sitting at the bar, I told you everything / you said, ‘holy shit’.” And the song “Malibu” opens with the lines, “we held hands as we passed the truck / just a couple of dudes who don’t give a fuck.”

The triumph of Remind Me Tomorrow is that Van Etten’s illustrations of her unease are matched by the celebratory bluster of mangled synthesizers and danceable drum beats. Minor chords ring out with a nod to all of the pain in the world, while the drums shuffle (I hear this most in the final track, “Stay”) the listener towards the tragic beauty that is intrinsic to human existence. There is joy to be found within the deafening swarm of humanity, a hope that we can celebrate our collective sorrows together, because we are all damaged in some way. This record is lovely, and alongside of Van Etten’s other releases, I will cherish it.

Talkhouse Contributing Writer Marissa Paternoster is the singer and guitar player in Screaming Females. You can follow them on Twitter here. 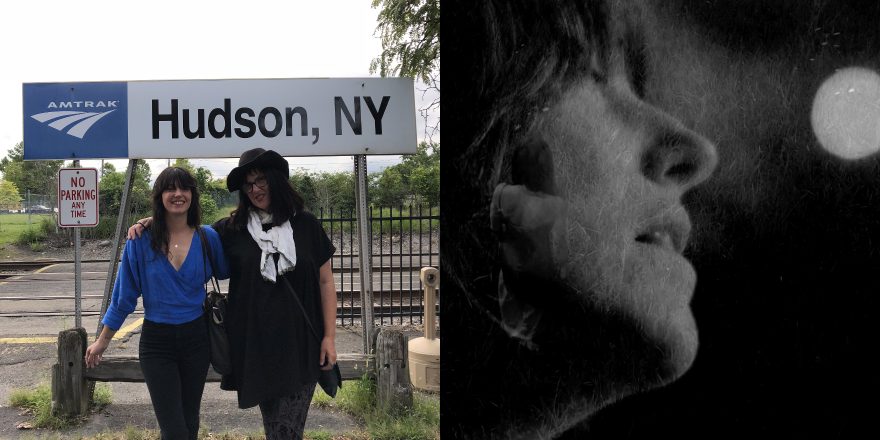