The way I see my creative upbringing, I wanted to do movies. I didn’t necessarily understand what that meant, but I wanted to be a part of them. For some reason, at a young age, I felt more compelled by Steven Spielberg than I did by Henry Thomas—I wanted to be the one telling the story. But I picked up a guitar because there was already one laying around the house and started playing that. It felt more attainable.

Turning 30, I thought, Well, all this was supposed to be moving toward telling bigger stories, and if you don’t start now, you’re probably not going to do it. So I pushed myself into it.

Everything was so painstaking initially. I couldn’t find the discipline to actually sit myself down and be a writer—to just fucking sit down in front of my writing device and pay attention for a little while. But, I’ve beaten myself into submission.

I started writing my first script, Help Wanted Nights, with the intention of making something that I knew I could do—I could cobble together some spare change and make it myself. I wanted to start shooting movies the way that we were making records. It was a mixed blessing that other people got involved. They wanted to see it get made, but they wanted to see it get made right. So imagine, if you will, people lending a you hand saying, “No, don’t make it for $30,000. Hold on a little longer, and we’ll be making this for $200,000.” And you’re just like, “Well, OK, if you say so.” You never want to turn that down. That’s business though; it’s so hard to get those all those pieces to fit together.

I’ve gone on this roller coaster with different scripts and getting things packaged, produced, ready to cast, and then the bottom falls out. That’s the most debilitating part. One script had all this momentum; Everything was gaining steam, and it was going great. It got way further than Help Wanted Nights had ever gotten. I was on my way to properly making my first film, and the financiers backed out two months before the shoot date. I had that fall blocked out, which is a big deal for me because I tour. So I had nothing happening.

Instead of letting that debilitation severely depress me for months—which is what would usually happen each time something fell through—I gave myself two days at max of feeling sorry for myself. Then it was like, You can’t do this. You need to turn around and use this time and shoot something. It’s pretty scary, and it was pretty reckless, but I’m glad I did it.

That’s how No Resolution ultimately was made—as a reaction to that kind of debilitation. It felt great, and it still feels great to know that I did it on my own. I had a little bit of money from a generous gift that my parents had given to me and my siblings the previous year over the holidays. I took an advance of my entire proceeds of an upcoming Cursive tour. I was paying myself in advance. And then credit cards. The whole thing was cheap for making a movie—it was, like, thirty grand.

I’m so glad that I finally took it upon myself to do something, despite the fact that I’m still paying off credit cards. This is our one time on Earth, and this is what I really wanted to be doing, and that means more to me than the financial distress of it.

I will definitely confess to being really naive when No Resolution started. I mean really naive. It blows my mind that I would be, because I’m gonna say pretty obvious stuff: There are so many movies being made. While I was making No Resolution, I was still under this impression—this is really hard, this is really painstaking, and most people don’t go to this length to actually complete a feature-length film. I think I’m gonna be in good company. And then I start sending it out to festivals, and I realized South By Southwest is now receiving 35,000 films a year. What the fuck? Where are all these people?

We ended up sitting on it even longer because we started setting it up in tandem with the fact that we were just starting this new label, 15 Passenger. We waited for the right time to release the No Resolution album, and then start promoting the movie after that.

For No Resolution, the script and the album were being worked on independently. Songs written for whatever that album would be were initially for a different script that was nearing production, and I lost the backers for that. So I moved those songs over to No Resolution, started changing the lyrics. Not all of them made it; The album is the album, and they share a name, but they are kind of different entities too. I do appreciate that there are fans of the movie and the album that feel like they all work together well. I’m glad. I wish I would have made it a little more cohesive.

Moving forward, I want to do it a little differently. This is something that I went through with Cursive’s I Am Gemini as well, which was really heavily conceptualized and was, early on, going to be a stage performance. I was going for it with that one, but then midway with that album, I did step on the brakes. I was like, You know what? You need to make an album. The album needs to stand stand on its own. You need to focus on that.

That was good. I want the movies to be movies, and I want the albums to be albums. That’s kind of obvious, but I just want to make that separation more.

Vitriola is a really good example of that. I wanted to put zero parameters on what we were doing with Vitriola. I don’t think that’s ever possible, but you just try to keep it as unshackled as possible. One prerequisite was something I’ve been trying to do more often, which is try to force myself to be a little bit more loose and don’t be so structured with concepts and themes. They always end up being a package; The themes always come out, and, ultimately, I’m glad they do because I’ve always thought of albums as a collection of short stories. A book of short stories does kind of hold a theme—I always appreciate that, so I’m just writing the way that I want to receive things. 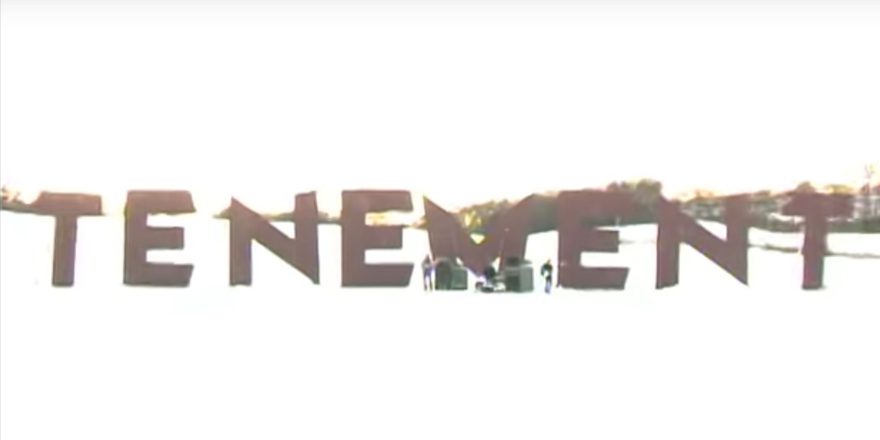