Karl Kuehn is the singer/songwriter/multi-instrumentalist behind Gay Meat, and NC based band Museum Mouth. He loves 311, HGTV, and is allergic to penicillin. If you’re really brave, you can follow him on Twitter here.

It was a warm day in the spring of 1998, on the playground behind the tiny Montessori school I went to, when I remember very confidently telling my friend Kara that my favorite song was “Torn” by Natalie Imbruglia.

I was seven years old, and I was deeply, deeply obsessed with music. It all started about a year or two prior, when a girl a bit older than Kara and me left the hallowed ground of our tiny school — literally hallowed, it was in a Catholic church — for a stint in the fabled world of public school. She came back preaching to our little un-enlightened minds about something more powerful than spirituality: the Spice Girls.

To be fair, it was the Spice Girls and the Backstreet Boys she smuggled in to us, but to say I found god in pop music would be the understatement of the Millennium (as in, BSB’s seminal 1999 album). Honestly, I think I could build a very legally sound case that everything that brought me to this point — as an artist with four LPs, soon to be three EPs, and a rarities collection — started then, but this memory on the playground sticks out. A number of interviewers have asked over the years when my interest in songwriting began, and to the best of my knowledge, it had to be that very moment. I was done talking about Power Rangers, and it would be a few months before I saw Small Soldiers, so what possibly else could my now-infamously addictive personality have been focused on besides the compelling lyrics, gorgeous melodies, and the one-two punch of charisma and talent that it takes to write and perform the perfect pop song? Probably the multicolor beads we learned how to count on — it was Montessori school, after all — but let’s just say it was songwriting.

Nearly a full decade would go by before I joined my first band, and a few more would pass before I started one of my own. But when I started a band, I really started a band. I recruited two of my coolest friends and taught them how to play bass and guitar (I opted for drums since they’re the hardest to teach) and we called ourselves Museum Mouth. In the early days we were playing, recording, and releasing songs I wrote front-to-back, top-to-bottom, beginning-to-end. And that was… OK? But over time — my bandmates Savannah and Graham might argue not soon enough — I realized that writing songs was more fun when everyone had input. That practice yielded what were… better songs? I definitely hadn’t realized “Torn” was written by three people when I was a full-on Imbrugliac at age seven (much less that it was a COVER!?), but the idea behind that started to make sense to me then.

Everything I have now is because of Museum Mouth. Getting to indulge in something that brings you intense joy with some of your favorite people, and longest lasting friendships (Kory, and Morgan I’m looking at y’all!) is just incomparable. It’s soul balm. It’s magic. But at a certain point the whole process of pursuing a career in music becomes less about the music and more about the expectation, the wants, the battle for real estate in ideas. All these things that are almost designed to make you stop feeling that intense joy, and start losing sight of the one thing that’s most important: writing the songs. And that’s what happened to me. I stopped wanting to write songs.

In 2017, I wrote one song. I woke up every day for 365 days, and out of all 24 hours of each of those 365 days I got one song out of it. Maybe it was the pressure to start writing things purposefully digestible to guarantee mass appeal after signing with a major-indie label. Maybe it was the fear of having to eventually book studio time with an expensive producer since our homespun self-recordings were thwarting that mass appeal. Maybe it was the influence of the peers and artists we individually looked up to. Maybe it was the desire to make sonic choices that always felt like they were pushing the proverbial bar. Whatever the reason, at some point I stopped wanting to write songs. It wasn’t fun anymore. I even dreaded the act of doing it entirely.

I still wrote when I was bottoming out emotionally. It’s a reflex that truly got put to the test when my mom suffered a traumatic brain injury in 2018 and I became her legal guardian, eventually moving into her home. But I wasn’t releasing any of those songs, and writing them was cathartic in the same way I could only assume an exorcism might be. I wasn’t writing them as a fun way to stimulate my brain, or for anyone else’s entertainment. I was writing them for me because I felt like I had to.

This time forced me to look back at past material and think, what am I selling? What was even the purpose of my most candid work? And why was it resonating with the people who supported it? Did I want to continue spilling my guts? Playing the bleeding heart, or four-chord court jester when it felt appropriate? Did I want to keep doing it with the band? Did I want to do it at all?

I was back in Southport, North Carolina (population 3,860) questioning my existence, my purpose in life, and my life’s work. And better yet, no one there could have possibly given a fuck less about anything I had accomplished. My queer punk band never played (and is never GOING to play) the annual Fourth of July festival at the waterfront, to the day drunk crowd of grandparents, grandkids, local fishermen, and 20- and 30-somethings content with the Life is Good t-shirt, small town lifestyle. Every now and then I’d find myself in the company of someone whose mom had definitely dropped them off at Warped Tour a few times in high school, and I’d get to tell them how I briefly joined Say Anything and made the last album with Max. But those instances were few and far between, rarely offering me enough serotonin to make it through the day. I was in my own head, and it was a pretty joyless place to be. It felt like starting over. So, I guess that’s what I did.

In December 2019, I woke up one day and felt something alien come over me. It was a feeling I recognized, but it was blurry: I wanted to write a song. So, I did. Front-to-back, top-to-bottom, beginning-to-end. I wrote it, recorded it, sent it to my friend Brett for mixing input, and by the end of the day I had sent it off for mastering. In a few weeks, it would be on streaming services as “One Word AK,” the first release under my new solo moniker Gay Meat.

Throughout 2020, that feeling struck me two more times. I was onto something, and I couldn’t rush it. It felt like the early days when Museum Mouth was writing and recording an album just to post it for free on Bandcamp. Cathartic in the process. Cathartic in the release. Freeing in the exploration. Not a care in the world for how it would land. No stakes at all. Just spending a little time with a past self — but now with a bit different of a perspective.

The joy and the confidence I gained from releasing those singles forced my foot back through the door of being a musician. I became hellbent on finishing and releasing the album of songs I wrote during my mom’s life circa 2018-2021 (which I’m still working on — it has to be PERFECT); and I started cherry picking a few of the other songs I had lying around, forming a plan to record and release them. Bed of Every, the debut Gay Meat EP, drops October 28 and is composed of five songs I felt would work best as a stepping stone from Museum Mouth to where I think this project is headed. The third track, “Anne Marie,” is a song I wrote during that time of self reflection, of jaded neurosis, when I was grappling with what it means to devote your life to writing songs, and how alienating it can be to release your inner monologue to the world. Here I am doing that very thing now, and having lived through a time when I never thought I would be doing that again — with a band, and much less by myself. God, does it feel good.

Karl Kuehn is the singer/songwriter/multi-instrumentalist behind Gay Meat, and NC based band Museum Mouth. He loves 311, HGTV, and is allergic to penicillin. If you’re really brave, you can follow him on Twitter here. 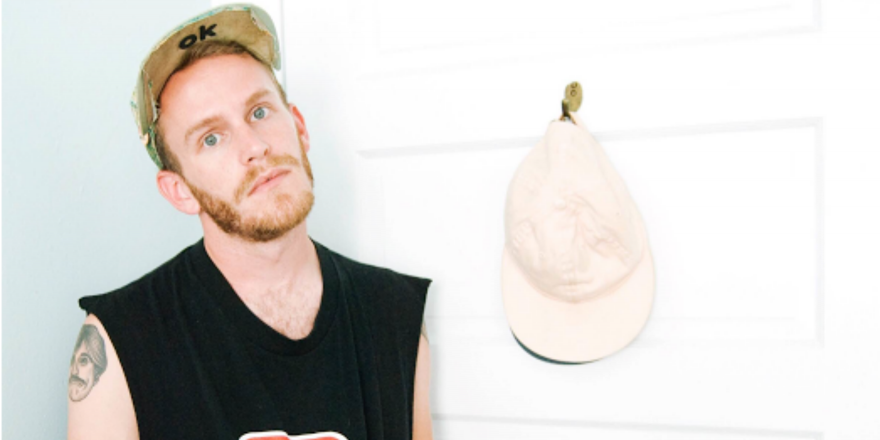 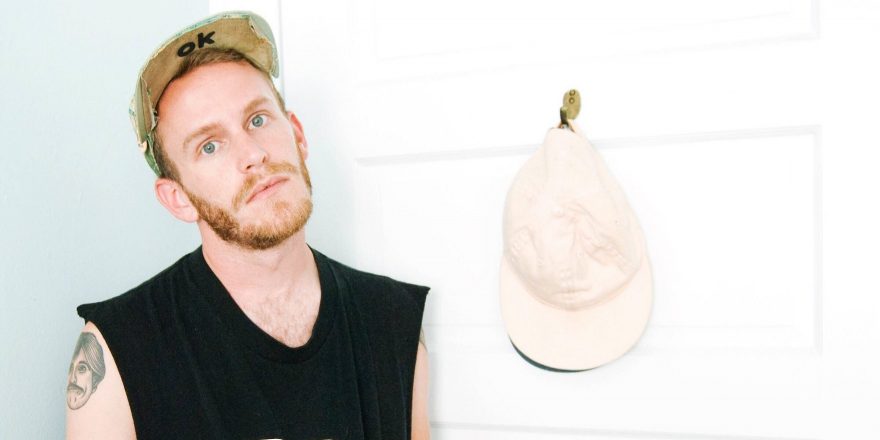