I feel like it’s necessary to begin by saying that, at least according to my Twitter feed, I have been a vocal champion of Charli XCX since August of 2011.  Of course, at that point there was really only one song to champion. But this one song was so refreshingly uncommon that the accompanying wave of evangelism that followed it was practically compulsory for everyone who heard it. To say that “Stay Away” somehow got away with its unlikely blend of Siouxsie Sioux’s icy new romanticism and the arpeggiated-pop optimism of T’Pau is to say that its authors were either ingeniously clever or insanely lucky, and I, for one, chose to believe the former. I wanted to suspend disbelief in the possibility that its execution was anything but a deliberate command of craft; I wanted to be a true believer. There was a second single before the end of the year, but while “Nuclear Seasons” did little to shake my faith, it still fell short of upending its predecessor. “Stay Away” had staying power, and it remains my favorite single of 2011, without close competition.

The trouble with this kind of introduction to Charli XCX, then, is that I admittedly fell in love with a particular version of her — an idealized one, a personalized one, or perhaps even an entirely fabricated one, but a version of her just the same — that became largely unsustainable upon further scrutiny. The disillusion took hold in earnest sometime in March of 2012, when I watched her perform before a modest crowd of about 150 people at the Knitting Factory in Brooklyn. Clearly, I had come for a revelation — a rapture, even — but when I left the venue that night, I was disappointed to admit that I’d become somewhat agnostic. Back on Twitter, I mused, “At the end of the show, I can say this: Charli XCX is definitely only 19 years old.” Which is to say that her set was unfocused and often confusing, the music was undecided between sophomoric and sophisticated, and Charli’s demeanor ranged from endearing to kind of annoying.

These doubts were compounded a couple of months later, the first time I heard Icona Pop’s “I Love It” — a song that Charli wrote and sang on — in which she managed, impossibly, to distill almost everything I hated about that night at the Knitting Factory into three excruciating minutes of relentless, heavy-handed EDM; you could call it a testosterone-free jock jam and you wouldn’t be wrong. After the song became a worldwide hit, Charli told the BBC that the moment she wrote it, she “knew that [she] wasn’t going to sing it,” and whatever was left of the true believer in me took that as evidence that, perhaps, “I Love It” would turn out to be something of a great rock & roll swindle, that it would be something akin to finding out that, to give one fictitious example, Lorde was actually responsible for writing Ke$ha’s “TiK ToK” before giving us Pure Heroine. Charli’s 2013 major-label debut, True Romance, was not quite that exactly, but it was a respectable and mostly cohesive album that suffered from tentativeness, while still iterating her promise. It was also a commercial failure. As it turns out, Pitchfork raves and Gold Panda samples are only good enough to move 15,000 records in America, while songs about throwing someone else’s shit into a bag and crashing your car into a bridge are good for a double-platinum single. (Serious question, though: How does one crash a car into a bridge unless one is flying this car over water?) Surely, none of this was lost on Charli XCX.

Which brings us to Sucker — an album being poised as her breakthrough by label flacks and critics alike, an album being framed as Charli’s “punk” record, and an album that, suspiciously, didn’t seem to get a release date until it had a lead single that stuck. (The album’s original lead single, “SuperLove,” was scrapped from the track list when it didn’t, but eventually “Boom Clap,” originally released on The Fault in Our Stars soundtrack, took off.) From the perspective of a short-term observer, Sucker makes sense: It’s full of brash, fuck-you and rule-flogging swagger, and we know this because — much like “I Love It” — the kind of rebellion that Charli XCX tries to conjure here is painfully literal. There are, quite possibly, millions of ways to articulate the sentiment “fuck you” in a song, but the title track just cuts to the chase and says, “fuck you.” There is no shortage of subversive rebel songs in the pop canon, but Charli goes for the most trenchant cliché in the book anyway: “I don’t wanna go to school,” she pouts, “I just wanna break the rules.” If this is “punk,” then it’s a punk that never discovered X-Ray Spex or the Slits, artists who proved that lyrics could be simple without being simplistic.

It’s not that Sucker is devoid of interesting moments — “Breaking Up” plays with a Britpop formula cribbed from Elastica and “Doing It” has the swagger of a late-’80s New York freestyle record — but there is a distinct lack of memorable moments. Each track seems designed to signify a specific kind of ’80s- or ’90s-themed throwback, but unlike “Stay Away” — which turned nostalgia on its head using juxtaposition — the majority of Sucker stays loyal to the signified and just leaves it there. These are recitations of the past, not conversations with it.

I realize that Charli XCX was never going to be the version of Charli XCX that seemed to be so fully realized when I first heard “Stay Away,” but it’s still hard to swallow the version that survived “I Love It.” In that sense, Sucker is — for me, at least — something of a breakup album. Perhaps we were never going to have another perfect moment together. Perhaps it was a one-night stand that went too far. Or perhaps we were just never going to survive the age gulf: She’s from the ’90s. But I’m a ’70s bitch. 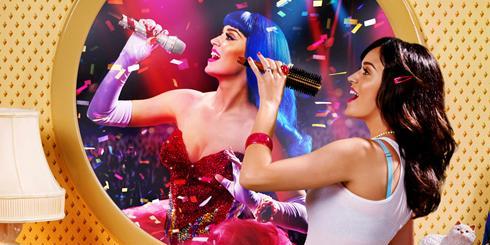