The supposed failure of Nicolas Winding Refn’s newest film, The Neon Demon, stands as a pitiful testament to the growing chasm between the means by which independent films are produced, and how they are marketed and distributed. The film, released about a month after premiering in the main competition at Cannes and partially handled by the deep pocketed and “artist-friendly” (i.e. making good movies that don’t make money) Amazon Studios, was released into 783 theaters on its opening weekend, from which it made a per-screen average of $752. This is apparently considered a bomb, though that still translates to a first weekend tally of $589,014.

Another week into the film’s release, it crossed the million-dollar line. But in that second week, it lost 598 theaters. For week one, I had two options of theaters near me in Brooklyn, each playing the film four or five times a day. By weekend two, I had just one option, a theater where The Neon Demon had already been reduced to a single showtime, the latest of the day. I saw it at that theater, in a nearly sold-out room, last Saturday night. The audience could not have been more into the film, and neither could I.

The Neon Demon is, to me, a masterpiece of filmmaking craft, ambition and style. Nobody with Refn’s resources is swinging as hard as he is and, most admirably, he seems adamant about continuing to work in a budget range that will allow him total freedom to execute his radically uncommercial and almost antagonistically idiosyncratic films. (Or is it idiosyncratically antagonistic?) The Neon Demon is, to use a pathetically overused word, weird. It is not “weird” in the way that most indie/art house/festival movies that get called “weird” are weird. The majority of limp, juvenile films described this way are weird in the way a Super Bowl commercial is weird. They are weird in the way Adult Swim is weird. The Neon Demon is weird in the way that cinema is weird. Comparisons to David Lynch and Refn’s mentor Alejandro Jodorowsky are lazy and obvious; The Neon Demon reached heights for me only seen in the cinema of Andrzej Żuławski (specifically his crowning achievement, Possession, and the similar but much less heralded Shaman), and plumbed the emotional depths and spiritual rot of West Coast scumbaggery depicted by the novelist Bruce Wagner.

Art house cinema has been watered down so much that what passes for weird – heck, what even passes for either “art” or “cinema” – has been so thoroughly debased that when something as pure and virile as The Neon Demon comes along, nobody can really get on its wavelength of non-narrative European art house by way of grindhouse sleaze.

Walking home from The Neon Demon, buzzing with the possibilities of what true art cinema is still capable of, I became obsessed with trying to unravel the circumstances of its abysmal failure to earn money, naturally the only kind of failure that matters more than artistic failure (which, of course, is totally subjective). Studying the elements of how a film like The Neon Demon gets made and released – foreign financing (a given for the Copenhagen-born Refn), major Hollywood stars, support from the obscenely wealthy Amazon – I wondered to what extent any of these parties involved care about the box office.

With a fancy Cannes red carpet premiere and the eventuality of splashing the film across the main page of Amazon when its streaming time comes, why would anybody care what a box-office flop it was? And also, why on earth would anybody think this film needed to be on 800 screens in the first place? Perhaps the thinking here is to copy the callous dump-and-grab studio model of quickly throwing product out there before anybody can point out how little audience support it is likely to amass and then move on as quickly as possible. Lynch’s Mulholland Drive, a reasonable point of comparison, never played on more than 250 screens and, I was shocked and amazed to discover, grossed over seven million dollars while playing in theaters from October 2001 through May 2002. There is a sensitivity to the handling of such cinema that, like nearly everything else about the ongoing disastrous spectacle that is independent film distribution, is a lost art.

We still use the word “art house,” even if precious few of the films playing there come remotely close to qualifying for such a lofty distinction. In the case of The Neon Demon, my own films, and the vast majority of independent film being released nowadays, the art house is a layover you are lucky to have between your premiere and the film’s ultimate fate as one of a million options streaming on VOD. The initial impression period (trailers, poster, breathlessly reported upon box-office success) is the only hope a movie has of earning one of two distinctions when it eventually becomes zeroes and ones for the rest of time: “Oh, I wanted to see that. Let’s watch it,” or “What is this movie? Have you ever heard of it?”

Seeing The Neon Demon in the theater – something few people did or will have the opportunity to do again – reminded me of why I go to the movies. (Yes, seeing. I saw this film and people who will view it later at home will watch it. There are UFO sightings. People go bird-watching. The distinction is obvious.) It isn’t just that the film could not be farther away from the nondescript look and feel of practically everything on television: it is that the film exists in such furious opposition to television’s straightforward imagery and linear storytelling as to make television seem obsolete and irrelevant. It is a tragic irony to imagine The Neon Demon eventually living forever on Amazon alongside their stable of low-key, relatable sitcoms and dramas (that I have not watched). I don’t want to live in a world where a movie making a million dollars in two weeks is considered a humiliating failure, but I really don’t want to live in one where such demarcations will tarnish that film forever and prevent people from wanting to discover it later on. 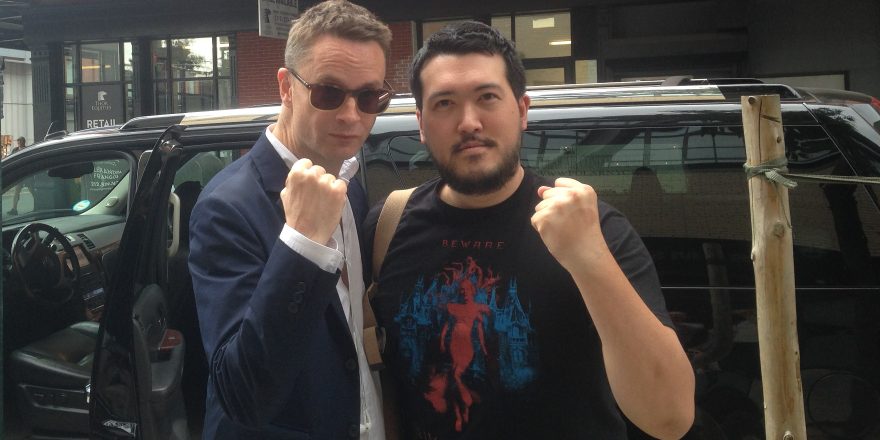