A song that requires explanation is a song poorly written. Maybe I just feel that way because my lyrics are so explicit, but I usually run to the bar the moment I hear an artist launch into a VH1 Storytellers-type monologue. (Not literally; I don’t drink.)

Rarely, people ask me what my songs are about, but I never know what to say — it’s usually right there in the title. “I Eat” is no exception. My label and publicist encouraged me to talk about it anyway.

“I Eat” is the first track on my new album, Natural Beauty. It’s a very dismal song that kicks off an album of mostly straightforward love songs. I wrote it while in the throes of a deep depression, when I was still living in Los Angeles. I was trying to “make it” as a freelance writer, and I was having some success. But the accompanying lack of structure turned out to be devastating for my psyche. I primarily worked from home and was eating a lot.

I’d been an emotional eater for a long time, but didn’t realize it was clinically problematic — or a byproduct of depression — until my mid-20s. And like most neuroses, I came to realize that food had been a big thing for me since I was a kid. For the first five years of my life, my family ate fast food pretty much exclusively. When my mom remarried, my stepdad worked hard to curb our unhealthy eating habits. When my stepdad would go out of town my mom would surreptitiously order pizza or make Rice Krispies treats. I came to associate bad food — or food that tasted good — with a comforting maternal familiarity.

And then I grew up and was able to eat whatever I wanted. This was maybe the worst thing that could have happened to me. For the beginning of my adult life I, once again, was eating fast food pretty much exclusively, even ignoring the relatively serious food allergies I’d been diagnosed with in my adolescence. I hated eating around other people, and I started indexing my calorie intake obsessively. I became an avid runner but was as private about my exercise habits as I was about eating. I desperately wanted to be perceived as naturally svelte. My episodes of compulsive overeating were intercut with slow weeks where I deliberately starved myself and worked out until I was sick.

I was able to maintain this disturbed lifestyle until I was in LA. I didn’t have the time or energy to work out anymore — I was too busy, too chronically sedated from an antidepressant and anti-anxiety medication, and my thyroid was finally starting to peter out, which multiple doctors suggested might happen if I continued eating gluten. I felt so isolated and became so depressed that I transcended my body image issues — I didn’t even know what I looked like anymore, and I didn’t really care. I surrendered completely to my compulsions. It was like a very boring nirvana.

Eventually, the pendulum swung back the other way, hard. It happened while I was on tour with two bands, The Exquisites from Seattle and Dowsing from Chicago. I wouldn’t eat; I told everyone it was because I had just started taking a new medication. We played a pizza shop in Connecticut and I remember sitting at a different table than everyone else because I didn’t want to be around pizza. Jason from the Exquisites came over to my table and sat next to me. “You have to eat,” he said.

After years of self-deceit, I began to work through my issues with food in therapy. Previously, it was never something I mentioned to any therapist or doctor — it just didn’t seem like a problem. I’m more stable than I was, but I’m not completely better. I still prefer eating in private, and I still have bad days and weeks. 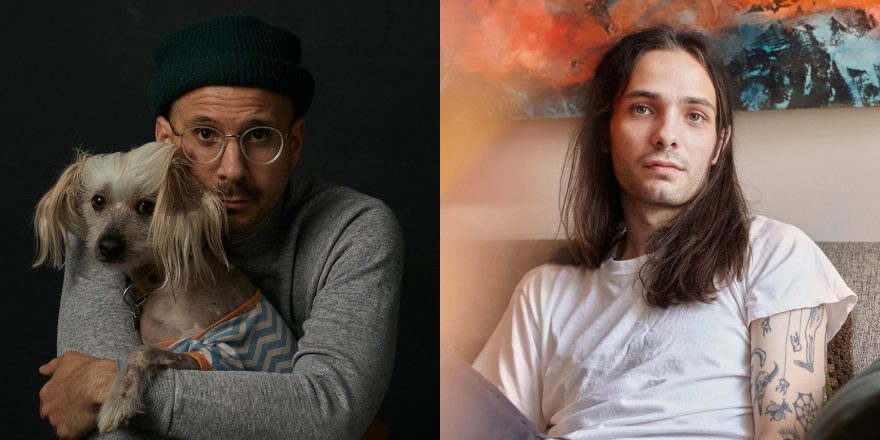