Halfway through the song “Déjà Vu” on Black Knights’ debut Medieval Chamber, the beat abruptly cuts out, and a cavernous tom-tom pushes through the song. Then producer John Frusciante starts singing, his voice thick and serene, engulfing the entire song. It’s the Frusciante we often heard when Anthony Kiedis needed a rest on stage during a Red Hot Chili Peppers show. Kiedis would look at Frusciante, and Frusciante would strum a cover of Fleetwood’ Mac’s “Songbird” or Elton John’s “Tiny Dancer” while his guitar rang out under his falsetto. It was a trick the Peppers employed since the early ’90s. As “Déjà Vu” continues, rappers Rugged Monk and Crisis tha Sharpshooter come back in and the beat changes back up. It’s all smooth again, with a repeating synth part that bleeps like an oddly pleasing ringtone that just won’t shut up.

In my head, there have always been two John Frusciantes: Red Hot Chili Peppers Frusciante and Solo Frusciante. The former is a rock anthem wizard who could spit out songs equal parts predictable, beautiful and undeniably radio-perfect, such that his bank account would never flounder. The latter is an artist who knew he was too experimental and outward-reaching to let RHCP Frusciante continue past a certain point. In 2008, the latter killed the former.

In August 2013 Frusciante gave an interview in Billboard where he talked about his stylistic transformation. “I needed to make music that I knew wouldn’t sell in order to learn things,” he said. “And I’m gonna keep doing that for the rest of my life.” But I didn’t see this as anything new. Frusciante has always made challenging solo records that swing between his ingrained rock sensibilities and his aptness to totally discomfort the listener with guitar work alone. (Last year he released a solo EP Outsides that started off with a 10-minute guitar solo before veering off into abstract electronic soundscapes.) Later in the Billboard interview, he mentioned the album he had been working on with Wu-Tang Clan affiliates Black Knights. “The rules of hip-hop are really pleasing for me and they allow me to be completely free,” Frusciante said. “Hip-hop, like rock music, it can absorb any style. My main interest is in polyrhythms and grooves and sound. And that’s another reason I would never be in a rock band.” But we knew he was done with rock when he left the Chilis for the second and (presumably) final time.

The basic rule of rock is this: if you are phoning it in, everyone can tell and the music sucks. You, the musician, hate yourself and the work you made because your heart wasn’t in it. Fuck everyone else. If you know you didn’t give it everything, then it might as well be garbage. It’s weak. You cannot phone in music because music is everything you’ve got inside of you projected outwards through a piece of equipment. Music is not business. It’s your humanity. I don’t know what was going on in Frusciante’s life those last few years of the Chili Peppers, but I imagine the “phone” was pretty close every few shows.

Frusciante’s production on Medieval Chamber, which includes frequent guest vocals, drum loops, synths, guitars and bass, is a series of finely manifested details. It opens with with “Drawbridge,” which features violins that seem lifted from the score of a Hollywood love scene. For a second you want to melt because it’s so beautiful, then you shake your head and bring out the cynic. Luckily, Frusciante is one step ahead of you, dropping the violins halfway through for a swinging beat and heavy, wet synths that completely upend the track’s cinematic atmosphere. “The Joust” marries Frusciante’s vocal melody with the Black Knights’ verse while a spastic keyboard punches in the background.

“Things are strange, we must rearrange them,” Frusciante sings at the beginning of the album’s title track. His arrangements are careful and mature, so good that you almost don’t even notice it unless you are looking for it, but it elevates the rappers. The lyrics are challenging and sharp, but what makes it different is that it feels as though both things were written in succession and inspired one another. They fit cohesively. It follows Frusciante’s newfound protocol of making music that will never be popular. Nothing about Medieval Chamber is radio-friendly or sing-a-long material. The closest to traditional pop hooks comes in “Key to the Chastity Belt” with the nursery rhyme vocals as Rugged Monk chants repeatedly, “She want to spend some time/but fuck you/pay me/These niggas shy some time/We shine it daily.”

When rock musicians write records, they don’t usually think conceptually. (At least in my experience, as a member of a lazy punk band.) They don’t try to create an orchestra. They write a bunch of songs and then, after recording them, decide what sequence they should go in. Sometimes it feels forced and sometimes it works. Maybe Medieval Chamber was written the same way, but in no way does it feel like it — Medieval Chamber is woven together, strand by strand, and should be played like that, start to finish, as one track that is way too long to ever be exposed on the radio. And that’s just fine because no one intended it to end up there anyway. 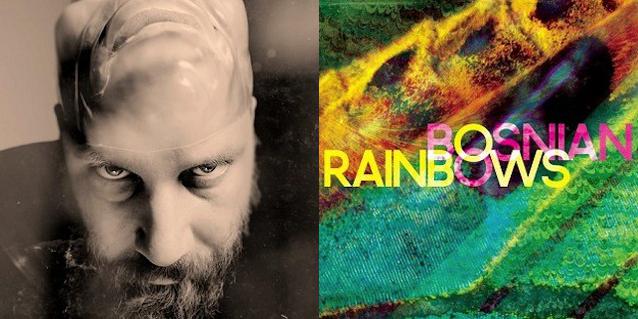