If you’d asked me yesterday to describe my impression of “harp music,” I would have painted a picture of a middle aged woman with shoulder-length, straight, mousy blonde hair, dressed in something long, flowing, appropriate for church, probably made by Eileen Fisher; or, perhaps, a floral print dress with puffy sleeves, à la 1980s Laura Ashley. She would be sitting in a light-filled room, strumming something probably having to do with Jesus. I would probably talk about falling asleep in the final resting pose of a yoga class, or the sounds I hear just before drifting off during a deep tissue massage.

Mary Lattimore’s album, Hundreds of Days, cleared up that misconception, only seconds into the first song.

When I said yes to reviewing an album of harp-based experimental music, I honestly wondered if I would have anything interesting to say about it. As a singer and songwriter, often so focused on lyrics, I wondered if I would find these songs less intimate, less personal, but my experience of this album was the complete opposite. At one point, Hundreds of Days ended and a song in my iTunes library started to play, and the vocals shook me out of the beautifully introspective world created by Lattimore’s songs. Hearing a human voice with words suddenly felt much more removed, impersonal, jarring—like someone was telling me what to think and how to feel, and missing the mark.

On my initial listen, I allowed myself to skip around a bit, and was immediately intrigued by a vaguely familiar title, “Their Faces Filled With Light And Streaked With Pity.” Reading through the notes sent by Lattimore’s publicist, I learned it was a line borrowed from a book I happen to love, Denis Johnson’s Jesus’ Son. The song beautifully captures the feeling and duality of the story from which its title is borrowed—the gritty world of the narrator briefly interrupted by a hallucination of angels descending from the heavens, at a drive-in theater during a snowstorm.

In “On The Day You Saw The Dead Whale,” I feel the delicate crafting of musical themes, the high piano part ringing out over the harp, underscored by a constant pad of thin, ghostly electronic sound. The harp moves to the forefront, the piano becomes the background. It’s a delicate exchange, and its space and sparseness commands my attention. I don’t want to do yoga to this music—I want to put on my headphones and completely lose myself in the sonic world it creates.

Midway through “Hello From The Edge Of The Earth,” one of the shorter songs on the album, less complex in its composition and equally beautiful, the thought occurred to me: Harp is a stringed instrument, as is guitar, cello, banjo, mandolin; many classical and baroque composers used harp as a solo instrument; it’s a sound like any other sound, so why do so many of us associate its crisp plucking with church? Or heaven, for that matter. There is nothing inherently “heaven-like” about the harp, in the same way green apple Jolly Ranchers don’t actually taste anything like apple, but Holly Miller gave me a green apple Jolly Rancher when I was six years old and wrapper told me ,“This is green apple,” so green apple it is.

I turned to the internet for answers. According to the Harp Wikipedia page, a bunch of captivating articles with titles like “The Unlikely History Of The Harp,” and one dude on Quora, the association dates back to a reference in the bible, something about “the voice of harpers harping with their harps” (if only they’d had access to thesaurus.com in biblical times), and the harpers harping were somehow determined to be angels, which led to church art often depicting angels playing harps.

Listening to the carefully placed, twinkling, crisp sound of Lattimore’s harp over gritty, droning keyboard sounds, I ask myself why I’ve never used harp in my music, and how I am going to change that. Lattimore manages to extract and present these sounds in their purest form, breaking through any assumptions or associations we might have, based on past experience.

My nerdy musical training kicks in, and I want to understand the construction of the songs. They tend to open with a simple theme, often layered and repeated, setting the initial mood of the song, followed by the introduction of another instrument with a different range and timbre. This happens for a while, the repetition of a theme, layering, morphing of the soundscape in some subtle way, until it has completely transformed into something new without knowing exactly when/where/how it happened.

Almost two minutes into “Baltic Birch,” instruments circle around the same theme, and then at the two minute mark, a new theme is introduced, over layers of the initial theme. It’s delicate, like silk chiffon. As we approach the midway point of the song, the sound becomes more aggressive, the harp plucks are sharp and punchy. An electric guitar comes in with a rich counter-theme. It’s angsty, no longer a heavenly landscape. The layers of harp plucks clash in tempo, they don’t line up; a foreboding synth comes in, electronic noises jump out from a murky stew of sound, before eventually winding down in intensity but a transformation has occurred, and we never return to the stillness and order of the beginning.

Listening as a musician and songwriter, I feel the time and space made available to the composer, and I long for the same. I am sitting at a table in a coffeehouse on the corner of Cahuenga Blvd., in the middle of Hollywood, with all of its grit and grime and commotion, when my mind first recognizes and then forms thoughts around the emptiness and stillness necessary to create music like this. The traffic is nonstop, and a few times I’ve had to remove my noise-cancelling headphones and go back to the beginning of a song, when I realize that no, she did not just introduce a massive sub-bass into the mix.

Lattimore composed this album during a two-month artist residency on the Northern Pacific Coast, and I feel the presence of different aspects of this place—or at least how I imagine it to be—in every composition. The piano and harp in “On The Day You Saw The Dead Whale” take liberties with time, in 3/4 tempo, slightly different with each repetition. I am listening to the ocean, a series of waves lapping at the shore. The song evolves into emotional density before it fades away; by the end, I notice my brow is furrowed, and there is a heaviness in my chest. Combined with the title, I feel as if I know exactly what happened on that day, though of course, I don’t. Only what my mind creates through my own filter of life and experience.

The bouncy, playful opening of “Never Saw Him Again” feels like one of those experiences where you meet someone randomly, maybe while traveling, and at least one of you is in a foreign city, or a place that is not home. A continuous one-note pad of Lattimore’s voice comes in as a very open sounding “ahhhh,” and I imagine a day full of heart-opening excitement as well as the presence that comes when we know an experience will not extend past this moment; the spark of a relationship whose lifespan is as intense as it is short. 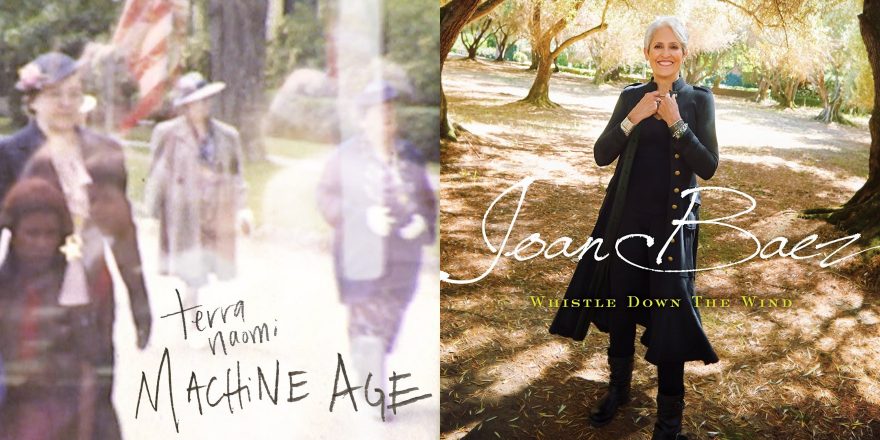 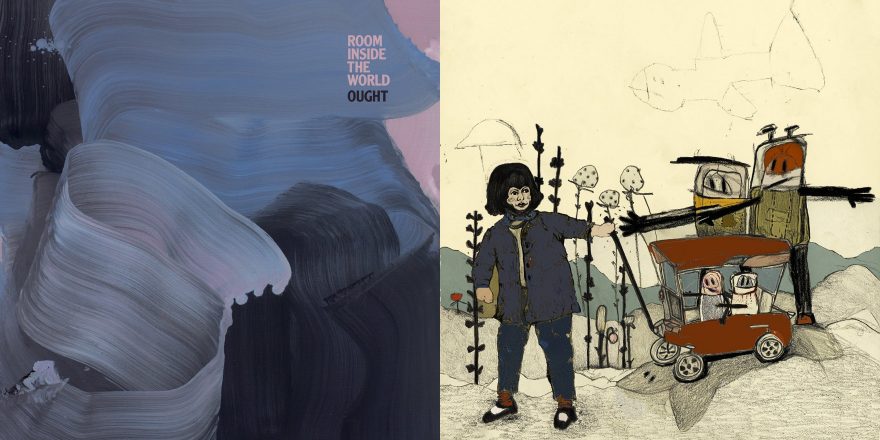