I think I can objectively say I tour a lot.

I’ve played around 1,300 shows since mid 2006, and when you factor in travel days between shows, I’ve been away from home roughly half of the past eight years.

Between graduating from college in 2001 and then, I’d dipped my toes enough to know I wanted full immersion. Outside a handful of six- and seven-week tours across Europe and the States, though, these were mostly regional trips wrapped around “working” whichever job I was sleepwalking through at the time, paying rent and abusing company resources promoting my band.

Those ’01-’05 tours were breaks, more vacation than vocation. I was basically always very drunk and very high, and that’s the most memorable aspect of those tours, which is to say, I don’t remember them much.

When that changed, and I was able to transition from part-timing to earning a living playing music, my fear of a life spent running face-first into an endless succession of self-constructed brick walls eventually straightened me out. This was a slow-dawning stroke of luck, because sober senses would be required to navigate an insane industry that was rapidly changing, too. Anyone I knew who was “just” a musician was predominantly maintaining that title by busting their ass on tour, selling their songs to car commercials or some combination thereof.

Eight years and 1,300 shows on, I’m lucky to still be “just” a musician, albeit one who makes 90+% of his living standing in a room singing at people. (It turns out I’m not really the car commercial type.)

Touring’s not a vacation anymore. It’s my life’s work, and it requires a level of creativity, patience and commitment I couldn’t initially understand.

Sometimes I love it in lunatic waves of gratitude. Other times, I tolerate it and wonder if I’m a delusional masochist. All the time, I’m suited to it; it’s What I Do.

It’s what Dave Bazan does, too, and on his exceptional new album David Bazan + Passenger String Quartet, Volume 1 — in essence a live performance piece reimagining 10 of his signature compositions with (yup) a string quartet — he doubles down on two defining and intertwined hallmarks of his singular career: the song’s the thing, and the thing gets to live a new life every time it’s sung.

And Bazan sings his songs a lot. Dude is a legit touring machine, augmenting his already-crowded club show schedule with hundreds of house concerts over the past five years, partially in principled rejection of pursuing the car-commercial-friendly indie-rock revenue stream, partially in principled acceptance of not exactly being anyone’s idea of car-commercial-friendly indie-rock. That performative practice brings rich levels of subtle refinement to even the most familiar material here.

The m.o. is established on the opener, “Bands with Managers,” long a Bazan setlist staple and crowd favorite. Incidentally, it’s a tour song, about the already-overpopulated-in-’04 circuit, where the aforementioned bands (with “messy hair and smooth white faces”) crisscross on overnight interstate drives, issuing not-always-answered foxhole prayers of protection from the back bench and driver’s seat, insurance against their 15-passenger vans rolling over. The PSQ surround Bazan’s immediately identifiable baritone with interlacing cello, viola and violin, swirling and percussive melodies coloring his block piano chords. The arrangement works, and sets an exploratory tone, and lets Bazan play slack and loose in spaces with his vocal phrasing.

But this isn’t Bazan’s “Harry Nilsson crooning dulcet-toned standards over an orchestra” moment. Singing every night, and sleeping however long you can, wherever you can catch it, and driving long hours, and talking over loud music and negotiating whatever other uphill battles are associated with trying to age into touring as a reasonably healthy adult in a van-or-car-and-not-bus band, it all adds up. Touring is a physical strain that can really beat up your voice. Some days, your body can’t produce your fastball, and you’re left trying to trick them with the off-speed stuff.

Here, Bazan’s a bit raspy (if in characteristically stellar pitch), which makes me love and believe in this recording even more. This was the voice that was there that day, and Bazan’s, always full of personality, has developed over time into as pure and powerful an expressive instrument of communication and testimony as exists in independent music today. He owns his splinters, incorporates them and pushes past them towards transcendence. And this has been instructive, too — you can’t sing with the voice you don’t have, so you’d best own the one you do, and don’t apologize. The ragged edges in these songs lend balance to the stately music and keep things from feeling fussy or stiff. “How I Remember” is an early wrestling match between the two poles, and the added tension benefits the song. (The violin running away with the on-album synth lead is a nice touch too, one that works similarly well later on “The Fleecing.”)

“Wolves at the Door” is sexy and strutting, and Bazan’s conversational read on the verses skews as close to hip-hop as anything I’ve heard from him. “You’re a goddamned fool/and I love you,” he sings on the chorus, and he sounds like a man tired of his own empathy.

The Quartet impresses throughout, filling and leaving space, ably aping feedback squalls and synth skronk, drawing out complexities in Bazan’s original compositions that may be lost in a more traditional rock context. “Cold Beer & Cigarettes” is a particularly dynamic achievement, with swooning legato viola making beds for close-picked violin, then collapsing to solo cello at the top of the bridge. “Priests & Paramedics” and “Lost My Shape” are showstoppers, affecting ballads that refuse cheap sentiment, with Bazan’s voice in full, fine form as he sketches characters indebted to, and on par with, Raymond Carver and Andre Dubus, struggling with faith lost, removed, replaced.

I first saw Bazan’s old band Pedro the Lion play the Knitting Factory on Leonard Street in New York in 2000. Thousands of shows and a half-dozen albums later, Bazan’s unparalleled storyteller’s skills shine as brightly as ever on David Bazan + Passenger String Quartet, Volume 1, and keep me interested, listening, learning. He sings about the violence and poetry in people, physical and spiritual, personal and political, in macro and micro, in sophisticated, ruminative, soulful, accomplished songs. Because he has to. He’s matured into his own weird hybrid, Leonard Cohen as inspired by Dischord Records. It’s what he does, his life’s work, and I’m glad to bear witness. 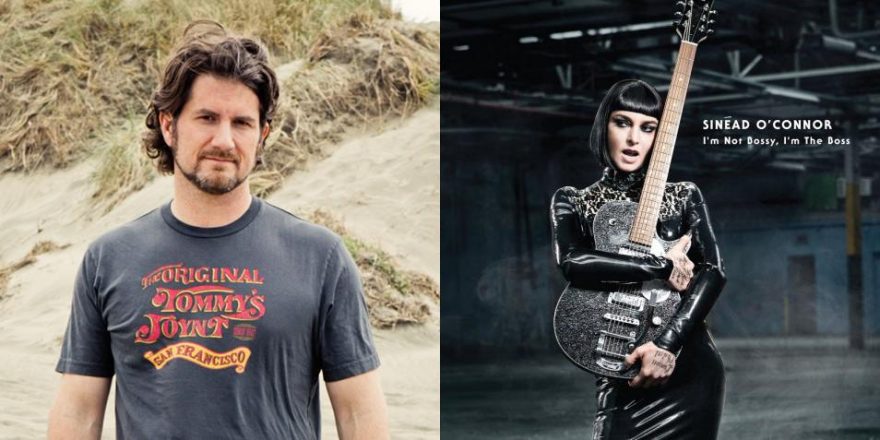