On February 22, 2008, The Guardian published a short article titled, “Keane must be better than they sound.” To summarize, writer Caroline Sullivan comments on a recent poll that placed Keane’s sophomore record, Under the Iron Sea, as the eight best British album of all time, according to a Q Magazine poll. Sullivan expresses bewilderment at Keane beating out Dark Side of the Moon and Urban Hymns in the top 10; a few other notable albums Keane ranks ahead of include Abbey Road, Led Zeppelin IV, and Violator. Not only this, but Keane beat out their own debut, Hopes and Fears, which at the time had actually sold a good three million units more than Iron Sea. In summation, Sullivan half-sarcastically asks a simple question: Why?

Now, the purpose of this retrospective isn’t to defend the Q Magazine poll. Amy Winehouse is the ONLY woman artist in the entire top 50. Also, the top two spots are both held by Oasis, so, there’s that. Rather, I’m writing to — 14 years after this poll, and 16 years after the record’s release — give Under the Iron Sea the retrospective it deserves as a masterpiece of modern pop, a standout in both the wider genre and Keane’s catalog.

The first thing that pops out about this album is its tone. Keane became a surprise British phenomenon with their debut; while still a wonderful album, the hushed vocals and plaintive piano toed the line between tender and silly. To contrast, the anxious, arpeggiating electric piano and muscular industrial drum loop of Under the Iron Sea’s opener, “Atlantic,” immediately signify that Keane have turned a corner. To match the shift in mood, Keane’s lead vocalist Tom Chaplin switches up the cooing he employed on Hopes and Fears for a steelier vocal delivery that feels as though he’s singing to reach the back row. The earnestness might not fully translate with a vocalist of lesser skill, but Chaplin’s ability is astounding. With heartiness and elasticity, he switches between chest, head, and falsetto on hooks that were tailor-made by the trio — chiefly, main songwriter and pop genius, Tim Rice-Oxley — for Chaplin to take advantage of. (Hear: “Leaving So Soon,” and “Crystal Ball.”)

The high octane vocal performances have heart-on-sleeve confessional lyrics to match. “I look myself in the eye, there’s no one there,” Chaplin sings on “Crystal Ball.” On “Is It Any Wonder?”: “After all the misery made, is it any wonder I feel afraid? Is it any wonder I feel betrayed?” The lyrics are often strikingly frank, and Chaplin delivers each line as though it might be his only chance to. This mixture of emotional urgency, undeniable hooks, and passionate tenor vocals is in some ways reminiscent of a genre that was hitting its peak in popularity the same year Iron Sea was released: pop punk. The lyrics to “Leaving So Soon” would not seem out of place applied to a Warped Tour band: “Don’t you look down at me now, You don’t know me at all.” But while pop punk stokes a sense of haughty angst, with booming drums and blaring guitars, “Leaving So Soon” elicits a feeling of warmth through its piano progression, winding its way between major and minor, and Chaplin’s delivery, which starts snugly in the middle of his range before shooting up to a surprisingly powerful falsetto for the choruses. The indignance is replaced with confidence as he sings “I don’t need youuuuuu,” making his will to move on resolute as the chord progression itself resolves. It’s the maturity in performance and writing that sets it apart from its radio rock contemporaries without sacrificing the power of a cathartic emotive singalong harnessed by both the former and latter. This is also why Iron Sea remains a bit of an oddity. It’s a breed apart from the Hot Topic emo bands dominating the radio; still, it doesn’t quite sit squarely among the artists Hopes and Fears could easily be compared to, dewy-eyed 2000s acts such as Travis, Snow Patrol, and early Coldplay.

On many a track, Keane is decidedly less gentle this time around. They don’t trade in their pianos for guitars, but treat them in a similar manner. Throughout this album, the synths and electric pianos are tweaked with distortion and shimmering reverb. They drone, swirl, and seethe around each other. Their melody lines are placed high in the mix, often sharing equal footing with the vocals. The effect is a near overwhelming experience that reflects the anxieties and sorrows expressed in the lyrics. The most obvious example of this doesn’t have lyrics at all, the instrumental smack in the center of the tracklist “The Iron Sea.” A simple, mournful melody is played on ever-growing layers of synths slathered with distortion. The sonics expand and expand, even bringing in a keyboard choir patch, until it breaks, echoing out over an ominous held bass note and peppered in reverb-washed vocal snippets.

Elsewhere, there is unfettered gentleness to be found on the album, a welcome respite from the anxiety. Tracks like “Hamburg Song” and “Try Again” feature masterfully written chord progressions and soothing keyboard textures from Rice-Oxley and Chaplin. The ballads’ sonic arrangements favor slow builds that save the fireworks for the end. Slowly, new elements are brought in, a stately beat from drummer Richard Hughes, a shimmery synth pad, a key change to the relative minor.

The cornerstone, performance wise, is certainly Chaplin’s vocals — which, I cannot stress enough, are in peak form. Those who equate “untrained” vocalists with a more pure or honest expression need look no further than tracks like these for proof otherwise. There is a sense evoked on this album that Chaplin’s singing feels relatively free from affectation — if ever there could be such a thing — while remaining unmistakably him. Throughout popular music’s history, especially rock, a singer’s eccentricities have been placed on equal footing with, if not above, both their technical skill and their skills at complimenting a song (tonally, emotionally, what have you). The line between distinction and gimmick is surely blurred, and for better or worse, you end up with generations of people doing impressions of pop rock greats for laughs at office parties. Even Chaplin has dipped his toe into the pool from time to time — Hopes and Fears had the aforementioned doe-eyed warbling, and Iron Sea’s new-wave tinged follow up Perfect Symmetry sees Chaplin doing a jittery vibrato that is suspiciously Brandon Flowers-esque. This album however, finds him set on one uncomplicated goal: to sing his heart out.

And that he does, on 50 minutes that capture the feeling of isolation and alienation through pop hook perfection. Under the Iron Sea is layered, deeply-felt, direct, and unbelievably catchy. Q Magazine poll regardless, it’s an album of distinction, a great album. I’d like to think Caroline Sullivan took another listen and came around to it. And if you haven’t taken a listen for yourself, now’s as good a time as ever! 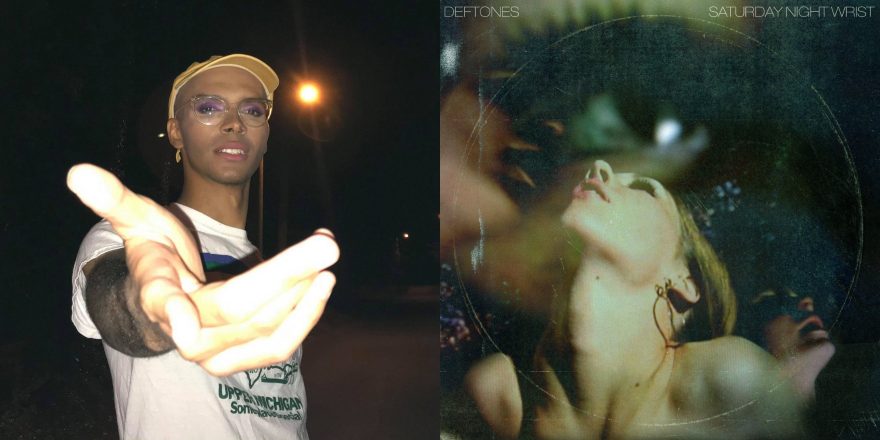 Saturday Night Wrist Is the Outlier of Deftones’ Catalog 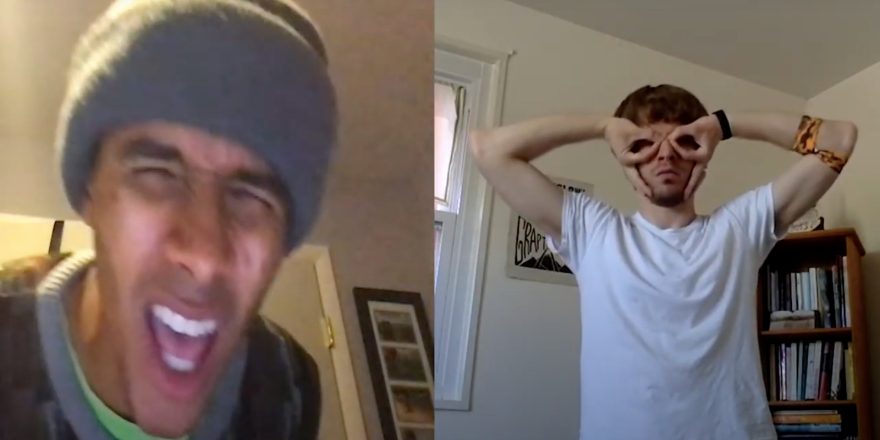