I wish I were more eloquent with my words to do justice in describing how deeply I love your film, Mommy. I’m a filmmaker, not an essayist, so I struggle to write anything that doesn’t involve dialogue, scene description or a two-sentence tweet. So when Nick Dawson, editor of Talkhouse Film, saw that Mommy was my favorite film of 2015, he asked me to write about it. I figured a fan letter might better suit my analytical inadequacies.

I saw Mommy in the theater in February 2015 and immediately left in tears, tweeting that regardless of it only being February it was in my top 10 of the year. The emotional weight buried me. Then you pulled me out and sent me sailing down a Canadian street on a skateboard.

For anyone else reading this, if you haven’t seen Mommy your cinematic heart isn’t complete. It’s a story that begins with an opening title card describing an alternate future in which any parent of a child with behavioral problems in a situation of financial distress, physical and/or psychological danger has the legal right to commit their child to a state psychiatric hospital.

Diane “Die” Després (Anne Dorval), a widowed, gum-smacking mom brings her son, Steve (Antoine-Olivier Pilon), home from a youth correctional facility. The correctional officer suggests the new law as an alternative to having him under her roof again. “I’ll never do that to my son,” Die says. And so begins her journey to save a boy forever teetering on the edge of self-destruction. But when Kyla (Suzanne Clément), their new neighbor, helps stitch Steve up after a violent outburst, a new makeshift family emerges, along with a new hope.

For a film you’d think would be horribly depressing, you, Mr. Dolan, made it bring me unceasing joy.

This mother-son duo are two wholly original, painfully honest characters: from the elementary school hearts Die draws around her signature, to Steve’s erratic bursts of laughter. These actors move flawlessly from loveable and charming to red-faced and unhinged. Pins prick at your heart as Steve and Die desperately try to show their unfathomable love for each other through messy confusion.

For those reading who haven’t seen the film, I think now is when I start getting into emotional spoiler stuff.

I struggled through childhood with severe abandonment issues. Debilitating at times. So this story struck an unsettling, nostalgic chord. Witnessing this mother’s tug of war as she tries to do everything to provide financially and emotionally for her son and it still not be enough, killed me. That choice she makes, that final choice … fuck. I understand. It makes sense. And despite her composure and speech of hope, she’s a mother broken. You play masterfully with our expectations, our hopes and the actual reality with a deft hand.

When Steve pushes open the black walls of the 1:1 aspect ratio and yells from his skateboard, “I’m free. I am free,” their world is boundless. And then a few scenes later when Die receives word of a looming lawsuit, her world crashes in, emotionally and cinematically. It’s a visionary and emotional use of aspect ratio. And when it happens a second time, it’s an affecting tidal wave.

A few of my favorite subtleties:

The bloodstains on the hem of Steve’s jeans when Die loads the laundry.

The cigarette lighters left randomly around the house.

The moment I noticed Die wearing the “Mommy” necklace. There’s nothing showy about it. It just is.

Refilling an old wine bottle with boxed wine as a gift of gratitude for Kyla.

From the shopping cart at the strip mall and the black eyeliner, to the Counting Crows, Oasis and beat box moves on the skateboard … I’m so in.

Your film makes me want to be a better filmmaker. You make me want to live in this world and sit on these porches over cheese and laughter. I want Die to talk to me about hope. I want to learn French. I even looked up Anne and Antoine-Olivier’s availability for future projects, wondering if they could pull off American accents.

I hope my letter finds its way to your laptop screen. I’ll hope it lures more people to see a film so original and honest.

I’m wrapping my arms around the entire Internet to tell you, Xavier Dolan, “This is how much I love your film!”

With the utmost admiration and awe. 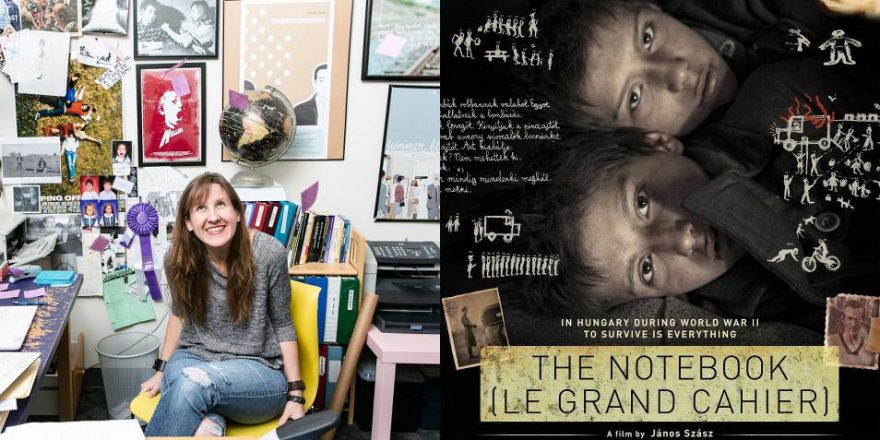