Julianna Riolino knows how to capture and highlight beauty before it fades. Riolino couldn’t help but reflect on her own past and the memories of pains, healing, and love strewn through it. That focus on morality and the stretch of time seeped naturally into Riolino’s Americana-indebted songwriting, resulting in the golden, fluid All Blue, due October 14, 2022 from You’ve Changed Records.

Julianna Riolino: Reporting live from Mercury Lounge in Tulsa, Oklahoma. So, I guess we want to start the conversation off talking about how we have multiple different mediums that we try to express ourselves through, in the world of art.

Carson McHone: Shall we start with how we even got here today?

Julianna: Yeah. So, we came from Fayetteville, Arkansas.

Julianna: And creating things. And I think each of us try to express and communicate what we feel through music, but then also in other forms of art.

Carson: Forms of art. Exactly. We’re creating ourselves in that way, and we are all influenced by the things that are around us, so it’s like we create the space around us, not just the one thing. Because it’s sort of all encompassing, everything that’s around us.

Daniel Romano: Yeah. And probably at the same time, the space around us creates itself.

Carson: Sure. And then we are absolutely influenced by that.

Daniel: Yeah, it’s a give and take, like anything. But do you think that everything is music?

Carson: I think you have something to say about that.

Carson: Well, how do you define music?

Daniel: I would define music as something that is… born out of beauty. I think that our jobs, our callings as humans is to study that beauty, maybe. Out of pure curiosity, and in the search for understanding — not like a fact-based understanding, but an ethereal, esoteric understanding of what happens.

Carson: Yeah. I would argue that music is the product of that.

Daniel: But that’s what’s so magic about it. It’s material and it’s not.

Carson: Well, in the sense that like you can say that something “had a music to it,” or “a rhythm to it,” or something. And then, how do you define beauty too? But that’s interesting. I think that our experience and the things that we feel — kind of anything you do with that you could call music in a way.

Daniel: Yeah. And I mean, kids are really rhythmic kids — there’s no teaching involved there. And every culture everywhere had music before anyone ever interconnected.

Julianna: Right. I sometimes toy with thinking that we are all inherently bad at communicating, and the only way to figure out or try to decipher our emotions is through rhythms and a collection of words and thoughts that build and create something more than what’s obvious on the page. You know what I mean? Like when I’m writing a song, I don’t have any idea in mind for it. It’s more so just a feeling.

Daniel: Yeah. Or like in those instances where you have a melody and it’s structured — it’s within the confines of whatever you decide the song is going to be like, and then you sort of build this melody, and the melody has language before you add words to it.

Daniel: You can feel the vowels and the consonants and the syllabic quality of it before you even add what you’re saying. That informs what it becomes, how the language takes shape. The other thing that’s weird and magical is that we work with such a limited musical spectrum. You can be like, OK, I’m using G,C, and D again. But it’s never the same as the last time you did. And there are certain musical styles where you can say, “Oh, country music, all of those songs sound the same.” But they don’t. But they are, in a way, totally structured identically, and they have the same purpose and even the same narrative arc a lot of the time, and the same wordplay. But they all foster different things and derive different emotions depending on the intricacies of those changes, when they happen, how they happen, blah blah blah.

Julianna: Even dynamics. Like, when we were working out your song during soundcheck — it’s wanting to create a feeling, paint a visual space with music and sound to try to guide the listener one way or another.

Carson: In that vein, when I was trying to communicate on stage during soundcheck like, “I want this to have a different kind of impact,” I’ve struggled to find the words to communicate that with musical terms. And instead — I’m not sure that I necessarily went for a visual, but it was like I could kind of see it…

Daniel: Well, we’re always doing that, using outsider language to get across what we’re thinking.

Carson: Exactly. It’s funny how sometimes in order to truly articulate your position, you have to use something that is outside of that realm to understand what you want.Like when I put that last record out, I did collages for some of the songs —it’s like, I have the feeling of the song and what I want to communicate with it, which could be something totally different from somebody else.

Daniel: And it always will be.

Carson: It’s inevitably going to be different than how somebody interprets it. But in order to get more of my idea across, I went through this other medium. To articulate that in a way that is satisfying to myself, whatever anyone takes from that is enough.

Daniel: And as soon as you let go of those things, once you’re done seeing that thing through to the the extent that you desire, it’s never going to be that again. It then belongs in a space that doesn’t exist for other people, and they will never interpret it the same way as you. But that makes it sort of universal. It’s crossing the bounds of materialism — it’s not this thing that is definite. It’s like you made this thing that means this particular thing you, and then somebody else takes it in and they’re feeling it in a completely different way.

Julianna: Because they’ve had a completely different lived experience.

Daniel: I don’t know about you folks, but I like when somebody tells me what a song’s about.

Julianna: I think so, too.

Carson: In that case, it’s less about communication and more about connection. Like, we both felt something.

Julianna: Yeah. I boil it down to just a collective emotional space. I hate when people go, “This song is clearly about this.” It’s like, “OK, well, that’s how you interpret that.” It’s like looking at a painting — like, how does a Kandinsky painting make you feel.

My mom was talking about a certain number of hours that she wanted to spend with a thing, whether it be a tree or a piece of art — she would spend a certain amount of hours sitting in front of a painting and then just writing. So you’re just sort of reacting in that space. I think even there’s a name for that — I know there’s a name for it in the written form, ekphrastic poems, where you’re reacting to a painting or some kind of visual art. But anyways, I love that stuff, and I think we are all doing that all the time and an audience is doing that listening or watching music happen, in a way. Everything that we do is sort of another form of that.

Daniel: Just thinking about music as the ultimate communicator: There’s this idea that god — or whatever you want to say — made the body out of clay. Then the soul didn’t want to enter the vessel, because it was so limiting, and so god coaxed the soul in by having the angels sing. So that’s probably why we do it.

Carson: Yeah, we’ve all been tricked.

Daniel: [Laughs.] But I think we’re just trying to reflect everything — honor and reflect the things we don’t understand, and can’t. But then in doing so, we do understand, because we create that we create that truth ourselves. And then we share our experience of what that truth might be, and then other people can make their own. Like sometimes I write intentionally vague, and people will say, “Oh, that song about this.” And I’m like, “I don’t know, but I’m happy for you,” you know? Or sometimes I’ll be so literal and people will be like, “What’s that about?”

Carson: Yeah, totally. And that’s the beauty of it.

Carson: And it’s curious and fun.

Daniel: It’s curious and it’s mystical, and we get to do it all the time. We’re very privileged.

Julianna Riolino knows how to capture and highlight beauty before it fades. Riolino couldn’t help but reflect on her own past and the memories of pains, healing, and love strewn through it. That focus on morality and the stretch of time seeped naturally into Riolino’s Americana-indebted songwriting, resulting in the golden, fluid All Blue, due October 14, 2022 from You’ve Changed Records.

Carson McHone
Daniel Romano
interview
Julianna Riolino
music other
I Made a Movie to Save My Marriage and Then I Got Divorced
Revisited: Aaron Dessner Talks with Julien Baker on the Talkhouse Podcast 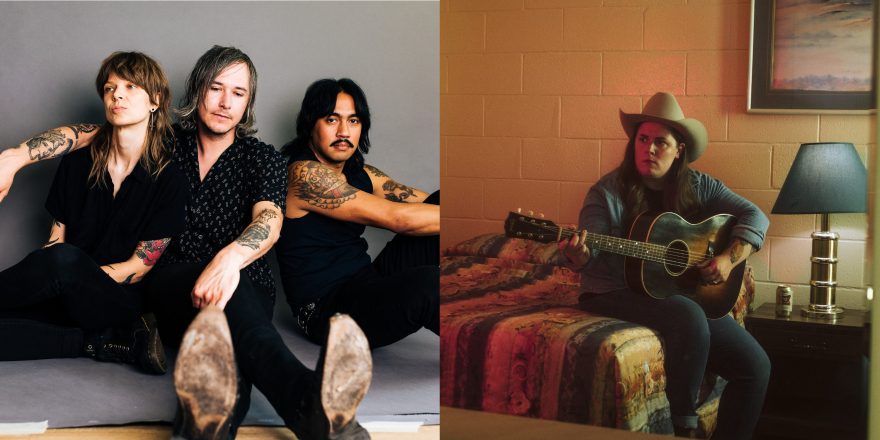 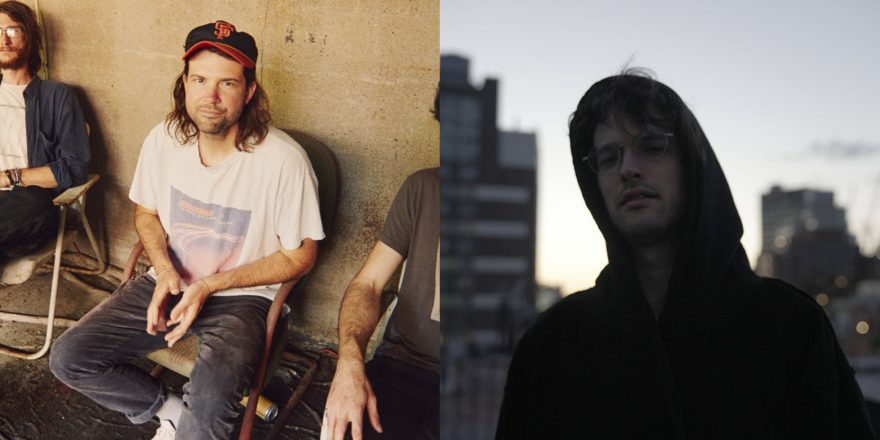 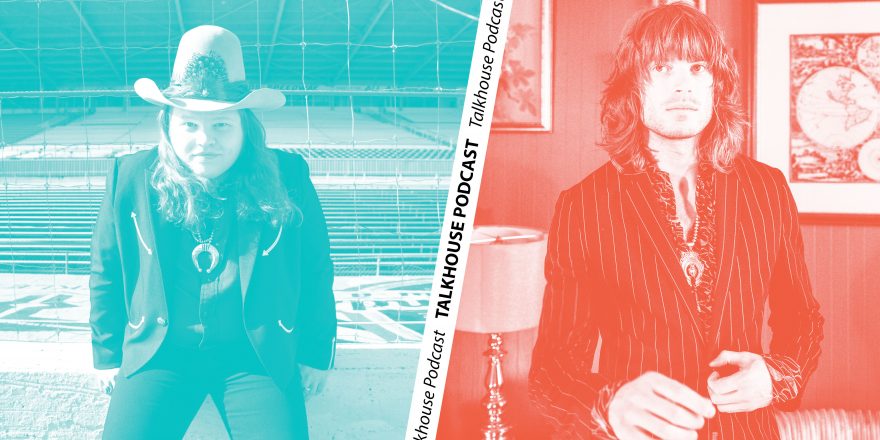 Marcus King Talks with Neal Francis on the Talkhouse Podcast