Ashby made me feel a little bit like I had ADD. This was maybe due to the two slices of pumpkin pie I ate during the film (I’m excited about fall, you guys!), but it was also in part because Ashby is too many movies in one.

By the opening titles, you’ve already seen the beginning of two films – the tale of a retired CIA hit man on his last legs, and one of an overeager teenage boy who’s new in town. As the movie progresses, this unlikely pair becomes friends due to a school assignment to “get to know an old person” but the movie never reaches a place where it feels like a cohesive whole.

Case in point: In one scene, we see Ashby (Mickey Rourke) sitting in a dimly lit church asking for redemption for the 93 men he killed during his time as an assassin. In the next, upbeat summer music plays as Ed (Nat Wolff) runs down the street after making the football team. What? How do those go together?! I was mentally repeating “hitman movie, hit man movie, hit man movie, teen romcom, teen romcom, hit man movie” just to keep up. It was hard to get deep into the mind of each character because you never stayed on one story long enough to relax into it.

Too many movies aside, though, I did like Ashby and I loved its exploration of the gap between generations. When I was a kid, my favorite book was Tales of a Gambling Grandma. If you’re not familiar with it, I’ll break it down for you here. A granddaughter tells the tale of her grandmother, who moves from Russia to Brooklyn. She starts playing poker to bring in money in for her struggling family because she’s cool. When at the end of the book the grandma (spoiler alert) dies, my tiny kid heart was broken. I read it again and again and again.

That book taught me as a kid to understand that older people aren’t untouchable wiser souls who you have to be polite to – you can treat them as peers and take every opportunity to learn from one another. What was great about Ashby was watching the two main characters teach each other how to live in pivotal moments of their existence. Ashby calls Ed on all his shit in a way no one else in his life is doing, and he needs it to get to where he’s going. Conversely, Ed calls out Ashby on his CIA killings, asking him if everyone he killed deserved it (which of course they didn’t), which leads to Ashby’s search for redemption.

One of the first scenes between the two characters in the movie shows them sitting in the car as Ed asks Ashby unfiltered questions about his life. Ashby stops him, saying, “There was a time when people had a sense of decorum about what should and shouldn’t be said.”

Ed stops, apologizes, and then asks, “Do you think that’s a generational thing? Being uncomfortable with emotion? Because your generation is so stoic. You could have lost 11 buddies in ‘Nam, but you only cry when the camera crew shows up and the family is like, ‘Oh, now he cries?’”

It begs the question: which approach is right? We are in a generation of oversharing. Every emotion and experience can be shared with thousands of people immediately and you’re never given a second to sit with it, to understand and deal with it on your own. On the other hand, past generations’ approach of burying emotions for the sake of being stoic is no way to live either. If you have the answer, please email me.

The dynamic between Mickey Rourke and Nat Wolff felt strained at times. This could be in part because Ed is a bit of a self-important butthead who ate way too many pumpkin pies for breakfast and just will not calm down. It was unclear if that’s what they were going for, but as every annoying speech that he gives to the football team or to Ashby is met with cheers and/or revelations, I fear he is supposed to come across as a lovable, naïve weirdo kid who sees the world for what it really is. I wasn’t buying it.

Mickey did have some great moments – as a character he was charming and candid, and boy is his voice soothing. The advice he gives to Ed throughout the film was wise and never felt obvious or overly saccharine. Ashby’s final scenes had me weeping like a baby and I don’t think I’ve cried since 2012, when I watched an episode of How I Met Your Mother on a plane.

Though the meat of the movie is a dark buddy comedy between the two leads, I found myself most excited when the highly underused female supports, Emma Roberts and Sarah Silverman, came on screen.

I especially wanted to see more of Emma Roberts’ Eloise. I have been fighting a crush on Emma Roberts for years, but now it’s official – she has won my heart. My crush on Nat Wolff is dead – all hail Emma Roberts. I could just chalk it up to the fact that in Ashby they cover Roberts in glasses and cardigans and adorable rain macs, but it was more than that – she became somewhat of a feminist icon for the film. When a boy on the football team asks to see her breasts, she lifts up her shirt and says: “Here. What are you going to do – rape me? Then we can put you in an MRI machine and see what the brain of a sociopath looks like.”

Her “will they, won’t they” romance with Ed is compelling, but I suspect she is doing the heavy lifting there too.

After weeks of flirting between Ed and Eloise, Ed gets drunk at a high school party and sleeps with some blonde chick. When Eloise calls him out on it and admits she is jealous, he says, “It’s not like we’re even dating.”

As Eloise walks away, Ed pathetically calls after her. “Eloise, I like you.” And she retorts, “What an utterly shitty thing to say.” FUCK YES!

Ashby sometimes makes you feel warm inside, but not all the time. It often left me feeling confused until music came on to tell me how I should be feeling.

But watch it for Eloise. Eloise forever. 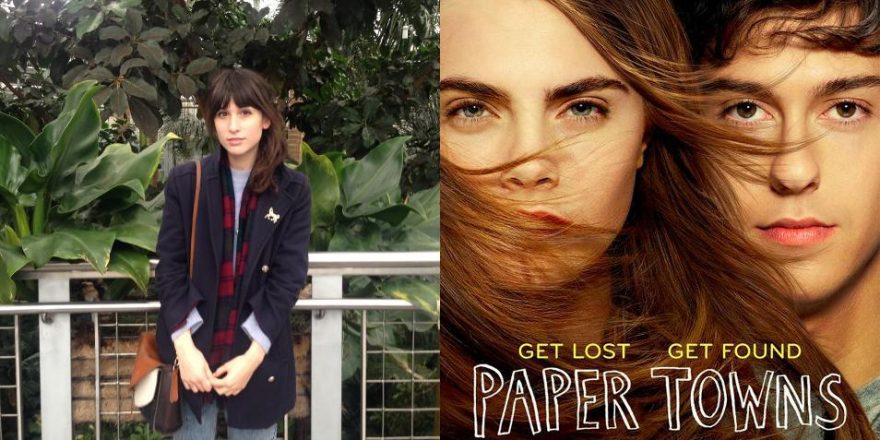