With the demise of Blockbuster and the declining amount of real estate for home-video products at Best Buy and other retailers, the gravy train that was VHS in the ’80s and ’90s and DVD in the early 2000s seems to have completely run its course. The fact that DVD sales have plummeted in recent years is terrible news for the studios (and for those of us filmmakers who actually want to make a living doing what we do), but there’s a silver lining for movie buffs in the form of independent companies that have come along to feast on the majors’ scraps, releasing hundreds of great films in outstanding new special editions.

My favorite of the emerging labels is Kino Lorber Studio Classics, which has been pumping out gorgeous transfers of neglected MGM/UA titles for the last several months. Because the MGM/UA library is one of the deepest and broadest in Hollywood, the company has released everything from Sydney Pollack’s excellent Western The Scalphunters to ’80s cult favorite Desperately Seeking Susan and seminal films by Hal Ashby, Billy Wilder, John Huston and Robert Altman (was The Long Goodbye really never available on Blu-ray before now?!). Most importantly for a Jonathan Demme disciple like myself, the 1979 thriller Last Embrace has finally received a proper home-video release.

Last Embrace has always been one of those movies that I would watch whenever possible, not that there’s been a ton of opportunities over the years. When it was available on Netflix streaming for a brief time, I watched it over and over again, trying (in vain) to make myself sick of it so that I wouldn’t miss it when it was gone. Apart from just finding the movie wildly entertaining for its own sake, I’ve always thought it played an interesting role in Demme’s oeuvre as a sort of dry run for The Silence of the Lambs. Though the latter film is more polished and has the benefit of superior source material, Last Embrace’s use of subjective angles and unmotivated camera movement to generate unease and suspense is even bolder than in Lambs. It’s also a cool early example of Demme flexing his cinematic muscles, as one of the first instances in which the Roger Corman-trained filmmaker got to play in the studio sandbox; with its offbeat humor, kinetic camerawork, social conscience and ambivalent attitudes toward sex and violence, it’s a key transitional film that both sums up Demme’s exploitation work and looks forward to his more accomplished later features.

Last Embrace tells the story of Harry Hannan (Roy Scheider), a trained assassin who finds himself on the run from his former employers while investigating an odd series of murders to which he may or may not be connected. I don’t want to give away much of the story for those who haven’t seen it, because one of the pleasures of the movie is its giddy sense of surprise; I don’t care how many thrillers you’ve seen, if you come into this one without prior knowledge there’s no way you’re going to see where the story is going. What I will say is that the mystery’s social implications are pure Demme, having to do with capitalism and gender and power, and how they’re all jumbled together in American history in ways that are often at odds with our country’s ostensible values. Yet, as he did in his early pictures for Corman (Caged Heat, Crazy Mama, Fighting Mad), Demme coats the pill — harsh truths about society and culture are delivered within a supremely entertaining genre framework, in this case a zippy chase film that was wrongly criticized as a disappointing Hitchcock pastiche upon its release.

To be sure, Demme is heavily influenced by Hitchcock here — just as he would be later on in Silence of the Lambs and The Manchurian Candidate and many more. The influence is most deeply felt in the characterization of Hannan, a hero so tormented and conflicted that he makes Jimmy Stewart’s character in Vertigo look like Fred Rogers, and in the aforementioned subjective camerawork, which forces us to share Hannan’s troubled psyche. That manipulation of point of view is one of Last Embrace’s most impressive features, and it goes far beyond the obvious choices. Demme’s sense of where to put his camera is unerring, as he alternates between truly subjective shots in which we see exactly what Hannan is seeing, to more distanced ones in which we see him in the frame but are told how he’s feeling by the camera movement; in one particularly elegant tracking shot we literally see what Hannan is thinking while also seeing what is actually happening. The technique of having characters address the camera directly, which Demme would exploit so successfully in Silence of the Lambs and Philadelphia, is used superbly here to generate an incredible sense of discomfort; often characters are talking directly to Hannan (us), but there are also times when they will look into the camera after Hannan has completely left the room — so what’s the point of view? Demme keeps us on our toes, just like his antihero.

While Last Embrace is clearly indebted to Hitchcock, to call it a mere pastiche or imitation is grossly unfair. Granted, Demme didn’t make it easy on himself by including explicit homages to North by Northwest and Vertigo (or by casting himself as a literal “stranger on a train”), but even if he’s using Hitch’s techniques he puts them to such different ends that to write Last Embrace off as a mere exercise in style is extremely short-sighted. Demme is interested in the nitty-gritty of class and culture in a way that Hitchcock never was; he sees Hannan’s fractured psyche as a microcosm of the schizophrenia of a country based on freedom that has built many of its institutions on enslavement. At Last Embrace’s core is a real, shameful episode of American history that has greater specificity and power than the “MacGuffins” of Hitchcock’s work; I’m not going to make the case that Demme is superior to Hitchcock (he isn’t), only that he’s different, and equally valuable. He’s also a director who has always seemed to have extremely conflicted attitudes about screen violence; as a Corman protégé and student of classical Hollywood cinema, he can’t help but be turned on by the visceral pleasures of onscreen gunplay, but his more socially conscious side is always pushing against them. This creates an intriguing tension in some of his best work (particularly the late ’80s diptych of Something Wild and Married to the Mob), and here it feels directly linked to the psyche of the movie’s troubled main character.

I think one of the reasons that Last Embrace has never gotten the attention that it deserves is that Demme himself has dismissed it — the only times he ever mentions it in interviews, he disparages it and laments the fact that he and writer David Shaber didn’t have more time to fine-tune the script. But what the hell does he know? He’s only the director. I’m not trying to be facetious; I genuinely think that sometimes a filmmaker is the worst person to judge his or her own work, because issues of intention and ambition get in the way. Just as Steven Soderbergh is dead wrong to trash The Underneath (another criminally underrated genre piece), Demme is wrong when he writes off Last Embrace — it may not be the movie he envisioned, but the movie that it is is terrific. It’s also a bit unruly in ways that I love but that might not be as appealing to the guy who would go on to become the supreme Hollywood craftsman of Lambs and Philadelphia. Whereas those films, while complex, are a little more clear-cut in their approach to audience identification, Last Embrace gives us one of the stranger leading men in Hollywood history. Harry Hannan is wildly unlikable at times, sympathetic at others, and right up until the end it’s unclear whether we really should be identifying with this guy. Yet Demme’s intensely subjective camerawork, the visual corollary of second-person narration in literature, forces us to identify whether we want to or not. The result is a dense, unsettling and completely unique cinematic experience; a clinic in how to use the camera to manipulate an audience’s emotions, and an early glimpse of the master that Jonathan Demme would become. 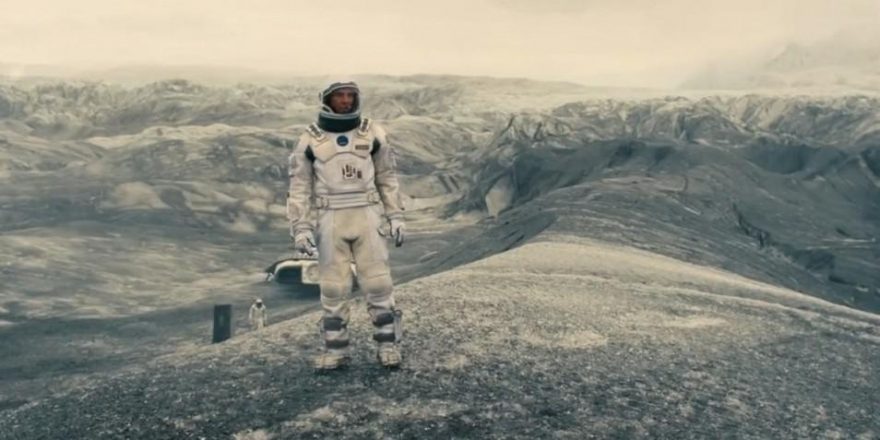