Jennifer Phang is a San Francisco-based filmmaker. Her award-winning debut feature, Half-Life, premiered in 2008 at Sundance and was distributed by the Sundance Channel. Phang was commissioned by ITVS to create the short film Advantageous (2012), as part of the Futurestates series. She subsequently adapted it into a feature film, also called Advantageous, which had its world premiere at the 2015 Sundance Film Festival, winning a Special Jury Award.

Before watching Divergent and then its sequel Insurgent, I hadn’t read Veronica Roth’s sci-fi female-driven young-adult Divergent trilogy, but Nick Dawson was interested in my take since I just had premiered Advantageous, a female-driven sci-fi drama, at Sundance. There are some expected differences in scale between the two stories. Advantageous is a thinking person’s sci-fi parable with a visual effects-enhanced world, but its meaning is found in the story of a parent’s sacrifice for their child. Meanwhile, Insurgent relies a great deal on visual effects extravaganzas, as the young warrior Tris (Shailene Woodley) rescues her people from the oppression of disinformation by rising to the physical and psychological challenges of an expansive virtual reality.

Here, however, are some ways in which the worlds clearly overlap:

The intrigue of the Divergent world starts with the idea that our path in life can be determined by a single dominant characteristic that we were born with. In a knee-jerk moment, I started to compare the allure of the Divergent faction system to the delight I experienced in discovering my Hogwarts Sorting Hat results (Gryffindor, baby!) or my astrological-sign cousins in filmmaking (such as fellow Scorpio Martin Scorsese). This kind of sorting is fun because it plays into vanity and there’s solace in knowing where you stand….

However, when you give it a second, deeper look, the Divergent world’s “faction” system makes clear allusions to the influence of ideology-based governance in our real world. It’s disconcerting, in a great way.

In Roth’s world, the Erudite class encourages its citizens to pledge loyalty to a narrow personal calling through their personality-based faction. Because the people are allowed to choose their faction, they believe they have freedom. But once they make the choice, they have to commit to it, mind, body and soul, or lose any place at all in society. The allegory for methods of thought-control is brilliant, on point and heartbreaking. It is a method of influence behind so much of our world’s history, and much of its present.

There is, though, my personal girl and woman’s way of looking at these ideas. Why did I have a small, soft voice growing up? Fear and shame of being excessively loud, wild, ugly, good, bad, non-blond, smart, clueless. Now looking back at how being a good girl, good daughter or good woman was defined for me by so many others, you might say that I grew up inside our “woman” faction. And I have experienced a lifetime grappling with the realities of women’s place in our world. So far, the beauty of the Divergent series is that while it is grounded in a young woman’s perspective, it doesn’t let off the hook those women who participate in and enable a society that preys upon the vulnerabilities of other females.

Now, for good measure, here is my take on what it might feel like living inside Roth’s personality-based factions of dystopic Chicago. You can probably spot these personalities in your world today. If not, I’ve provided some shows and films where I think they live.

Amity: We are unapologetic hippies and pacifists. We throw our energies into avoidance of harm. We wish to match our values and ideals with our practice. We create welcoming circles because we do what we can to create the world we wish to live in. (See the IFC series Portlandia.)

Abnegation: Don’t try talk to us, don’t invite us to a party. Don’t give us a make-over. We live only to sacrifice. We are boring, but we are awesome. We govern through service, and we mean it. We surrender our own impulses in order to pursue the greater good… we hope. (Try Martin Scorsese’s Kundun.)

Candor: (Bless these guys through and through.) We are truth-seekers. Nerds for truth. The least appreciated because we have no charm, no flexibility from our investigatory process. We’re scientists, and truth should be enough to live for. You should have listened to us from day one about global warming. Our only oversight is forgetting that sometimes candor isn’t enough. While we may know truth, we rely on others for action. (Community‘s Abed.)

Erudite: We like to make things “make sense.” Our privilege and imperative is to control schedules, agendas, and the floor. We hold in high esteem our education, and our resulting awareness. We are destined to rule over those who have less appreciation of the power in controlling the conversation. We are able to justify any action that might harm another as long as we can make a rational argument that harm somehow serves the greater good. But when opposed, since language belongs to us, reframing the very idea of “being rational” is also our weapon of choice. We use it to appear consistent while being strategically inconsistent. (In Merchants of Doubt and The Jinx, you can watch at least four species of Erudite working hard.)

Dauntless: The endless energy we expend making our courage and bodies hard can leave our minds and hearts vulnerable, and we may be the easiest to influence, and the quickest to lose our way. We think we have our code, but that code is first and foremost about respecting leadership. And that code is written by the executive leadership of the Erudite. So while we may be the dauntless, we are also the powerless. The clearest way out of that powerlessness is by falling in line. When we are trusted with weapons, we feel momentary power. Under the Erudite, the Dauntless are likely to serve as hired muscle. (Watch The Wire and Generation Kill to see into the minds and hearts of the Dauntless.)

Now here is my understanding of the ostracized groups — our heroes — whom the Erudite must suppress, because that would make the most sense.

Divergent: Overachievers in empathy, we have values and qualities from all of the factions, and so we struggle with our competing value systems. We come off as mopey in our righteousness, but it is only because we are too aware of what’s happening and we can’t solve it without the use of force. We adapt to our surroundings in order to survive. But because all our values conflict, because we analyze each other and ourselves, we may be difficult to control. We are survivors and deep empathizers, but we will not blindly self-sacrifice.

Factionless: Social outcasts, we have nothing to lose. We are told we are mindless, violent criminals who have been rejected from all of society because we are not drawn toward consistency. We are hungry for something to ease our sorrow. A leader we can trust would be nice.

Even today, the enticement of the faction system works on me. I’m tempted by the idea of being able to simplify my identity to a single word so I know how to tackle difficult decisions. If all I have to do is fall back on my word, my faith or my faction, my decisions have been made for me. Staying consistent within my identity would help me make sense of all the chaos when I’m exhausted by dilemmas.

But perhaps the most powerful thing would be to meet these moments of decision with gusto, with the excitement of being able to make an informed choice.

As I write this I turn to my friend and ask, “I wonder what faction I’m in. Amity, maybe? Surely not Abnegation…” She gazes back, narrows her eyes and whispers coarsely, “You’re Divergent….”

Jennifer Phang is a San Francisco-based filmmaker. Her award-winning debut feature, Half-Life, premiered in 2008 at Sundance and was distributed by the Sundance Channel. Phang was commissioned by ITVS to create the short film Advantageous (2012), as part of the Futurestates series. She subsequently adapted it into a feature film, also called Advantageous, which had its world premiere at the 2015 Sundance Film Festival, winning a Special Jury Award. 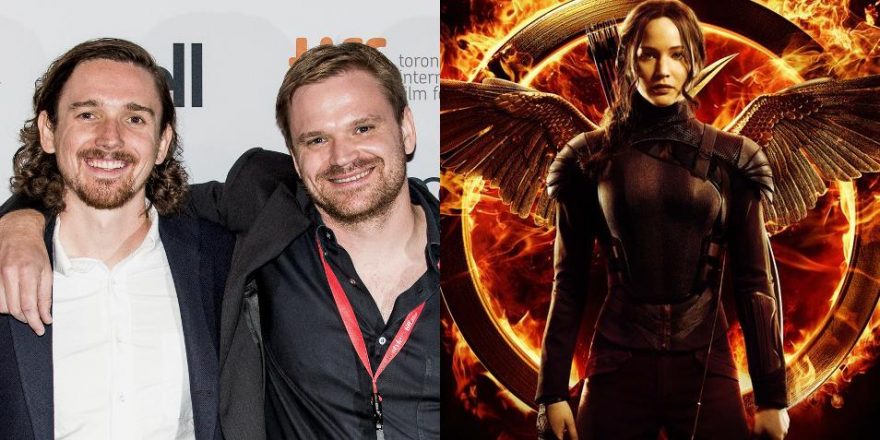