I recently spent a good amount of time alone writing a piece for Talkhouse. I have a high capacity for alone time, but everyone has their limits. For this piece, I wanted to get some friends involved to bounce around some ideas interpersonally, for fun! (And, also, in an effort to try to spend a little less time alone while putting this together.) I reached out to a few friends and asked if they would be down to talk over my newest assignment with me and allow me to use our conversation for this piece. I told them they would not be paid for their time and input, but that I would provide them with booze, coffee, snacks, etc.

Let me set the scene as it happened: I put some coffee, beer/wine and chips on the table. We listen to Ojalá by Lost Horizons.

Yogi Berra wasn’t wrong when he said, “You can observe a lot just by watching.” My first observation is that all of these friends work with music. Kris and Daniel make music, and Will is a writer who writes about and plays music.

We chat a little and get up to go to the bathroom, but mostly we are quiet during the 15-song album, which lasts about an hour or so. When it finishes, I suggest that we each take a turn speaking, then open the discussion up. Kris says that she can go first because she feels like she has the least to say about it. I ask her how she knows this, and she explains, “I can just tell.”

Kris says that she liked the many different female singers. Ultimately, though, the album just wasn’t her “thing.”

Daniel presses her to say more and, when she has nothing more to say, he accuses her of being “withholding.”

We are seated around a table. I have paper in front of me, Will also has paper in front of him. Kris and Daniel just have their food and drinks. I am reminded of the opening credits of Roseanne, when Roseanne laughs heartily after she wins a hand of cards—maybe poker? In poker, if you win a hand because the other players fold, you don’t technically have to show your hand. If you decide to show your hand, strategically or otherwise, the move is known as a “voluntary show.” A player might voluntarily show a bluff to fake everyone else out, or a winning hand in order to prove they’re telling others the truth about their game, in general.

While I’m thinking about Roseanne and the odds of whether or not Kris is bluffing or value-betting, Daniel makes a more pointed demand: “You have to tell us if you liked it or not.”

Before I can say that such terms—like or dislike—aren’t necessarily the aim here,  Kris says, “Fine! I didn’t like it.”

Daniel and Kris are laughing now, and he says that he knew she wouldn’t like it. Will is quiet as Kris defends her point of view, saying that when she listens to music outside of working on her own, it has a functional quality in her life. She has music for cooking to, music for working out; she just can’t see herself listening to this in her day to day life. In thinking about the functionality of art, I remember something Louis Cartier, VP of the organizing committee for Parure Jewelry said, that “Modern decorative art in all its forms is to be understood as a living reality. A ceramic tile or a wall paper can only properly be judged in situ- a desk lamp when it’s actually alit on the table.” I could appreciate that Kris just couldn’t see this record alit on her table at home.

Daniel makes an observation: “You only like new, popular stuff.” And then, an inference: “You don’t like it because you can’t hear it on the radio.” Kris acts offended. I wonder what kind of place that is for music to be in the present day, in situ, on the radio.

Will seems to be thinking something similar, as he objects: “See, I could hear it on the radio. That fourth song, ‘Asphyxia,’ sounds like it could be on the radio.” I can’t tell if he’s defending Lost Horizons, or attacking Daniel’s knowledge of radio programming.

Daniel and Kris switch from a war of words to a battle over the last remaining peanut butter-filled pretzel. Will pipes up, “Everything that both of you are saying is missing the point!” He goes on to explain: “This is the new record from the guy behind Bella Union [Simon Raymonde]. He was in the Cocteau Twins! The entire record is star-studded. These ‘different singers,’ as you put it, Kris, are friggin’ Beth Cannon, Tim Lake, goddamned Karen Peris from the Innocence Mission!”

Daniel interjects to remind Will that Lost Horizons is a collaboration between Raymonde and Richie Thomas. Will continues, “Whatever, man, I’m talking about Karen Peris’s voice right now. When she sang ‘happy new year’ on that first song, I thought I was gonna cry. You guys just need to understand the context of this record in history and in a music scene. Gemma Dunleavy, Cameron Neal, Ghostpoet, Hilang Child, Marissa Nadler—these voices are the voices of the past and the future. It’s a really exciting collaboration.”

Daniel gives Will props for doing his homework and explains that he’s not saying he didn’t appreciate it, but just that he knew Kris wouldn’t like it. “I knew you would love it, though, Will.” We all laugh.

“Il n’y a pas de hors-texte.” Depending on whom you ask, this Jacques Derrida quote either means “There is no outside text,” or “There is nothing outside the text.” Interpretation aside, many people agree that usually one chooses to use one translation/meaning to prove a point they are trying to make about what they understand of Derrida’s work. It’s funny how your own words can make an argument for you or against you, depending on whose hands they are in.

Kris makes a call-back and demands that Daniel tell us if he liked it or not. He explains, “The whole reason Will likes it is the reason I can’t say if I like it or not. I know too many of the people surrounding it and behind it to be objective.” Kris throws the final prized pretzel bite at Daniel and Will says “Easy, Diane.” A major research company conducted a survey just before the airing of the final episode of Cheers. Only 21 percent felt Sam should marry Diane (19 percent said he should marry Rebecca). 48 percent said that Sam should stay single.

Daniel laughs, “Look, Kris doesn’t like it, Will does like it, and I think the way I like it is to say I appreciate it.” He says that making a cohesive 71-minute album is no small feat. “Because I can appreciate what it means to write a song and not be the one who sings it, I can’t just say thumbs up or thumbs down. It can feel really paralyzing to write something that you think is good and to know that you aren’t the best person to deliver the voice of it, and, if you want something to be the best, you have to look outside yourself and give away a part of yourself or some power you have over the song. That’s what I appreciate the most in this album, the trust between composer and vocalist. To leave that kind of space for someone to complete your work can be scary. Sometimes, they can make it so much more than you’d imagined, and sometimes they can’t. But, ultimately, it’s your space and whatever happens inside of it is on you.”

Jacques Derrida explained that, “The point of deconstruction is to show where something has been omitted, not because of the blindness of the author, not because the critic is smarter or better, but because that is the way things are. There are always things I don’t know, though in a real way that I don’t know them is part of what I know.” He also said, “It is evident that the writing can be nothing but black, a shadow-writing, writing for protection” and further argued about writing that “Its clarity derives from that which it excludes, that which is withdrawn, removed, outside of it, which is separate. This is meaning and truth.”

I feel like what Daniel is saying about space is directed towards me, so I ask, “Is that space like the space I am leaving for you all in this article I am writing?”

Kris reiterates, “Well, you’re getting paid to write about this record, right?”

I agree. Daniel adds, “Right, so your experience is more different from ours than it is the same.”

“Right,” says Will, “Was it ever even possible for you to objectively experience the music because your relation to it has a specific end goal?”

We laugh, because I had been feeling like part of the group; I hadn’t at all seen myself as being the “other” in this situation. I explain that the only bias I can admit to is that I wanted to say something that I believed, but I guess because it’s a belief that I have to hold, I do have this external hope that what I’m saying is true, which feels like it makes me biased in a way. A truth that’s not about me occurs to me, and I ask, “Did you you guys know that ‘ojalá’ means ‘I hope so,’ or ‘let’s hope so?’” Which feels like Lost Horizons’ own admission of the inherent bias and uncertainty that comes from wanting any particular outcome—from hoping that something you’re saying is true. 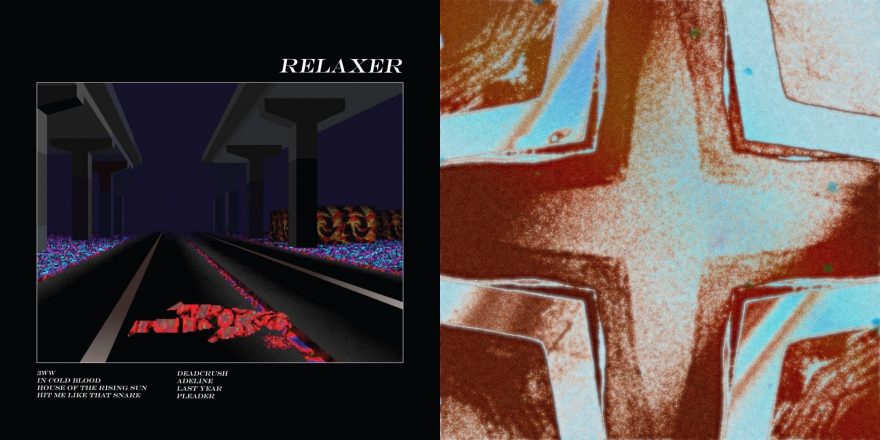 It Makes Me Feel Alive: An Interview With Lea Porcelain