Gypsum
introducing
music video
track premiere
Some of my closest friends are my favorite songwriters. I’ve been brought to tears at their shows from the audience and from behind the kit. They’ve written songs that privately become my personal breakup songs or the kind of song that makes you never able to look at trees or your favorite museums the same way again. I never ask what their songs are about, even if a part of me wants to know more than what I can understand on my own.

I don’t think I ever heard Anna speak directly about the meaning of “Give It” until we started the album process in 2020. Anna mentioned in passing that the lyrics were written from a place of frustration after an experience of trying to express and explain changing aspects of their sexuality to someone close to them. While this person was kind and understanding, it was easier for them to prescribe a label than let Anna decide. “Count me as a number/to find meaning/you only believe what you see.”

As the drummer who is not bringing in lyrical or narrative content to the band, I am sometimes in a position to relate to the songs in a unique way compared to the authors. “Give It” meant something specifically artistic to me in its earliest forms — extreme fun and joyful, free experimentation, an opportunity to push myself creatively. I know Sapphire felt the same way, experimenting with filling out her guitar sound by playing chords and lead lines at the same time. The process embodied by Sapphire’s line, “Why don’t you just give it a chance,” inspired Anna to take the song home and finish the lyrics from another perspective. Like with many Gypsum works, it’s the generosity and trust in the hand-off of perspective that makes these songs. Like sitting at a table so close with elbows touching, letting our individuality melt into the best stew we can.

It is so interesting to be intimately involved with a song for years that is not yours, and to be contributing to its lore during each phase of its lifecycle, but still not know what everything about it. While “Give It” has always been one of my favorite Gypsum songs since we began writing it in early 2015, the lyrics started to click with me anew when I began to engage with my queerness for the first time in a real way later that year. I gave myself permission to accept people I was attracted to where previously, I pushed that down. Not long after that, I entered my first queer romantic relationship. I was confronting my own identity and perceptions, and it turns out that was what the song was about the whole time! I wondered if everyone else in the band was having the same experience and if they thought this was the meaning of the song too. I admittedly had to unpack a ton of internalized homophobia I didn’t know I had. I wasn’t aware for a long while. Some things take time to fully percolate and maybe it took the right amount of time for me.

I began to feel myself newly situated within “Give It.” I sense anger in Anna’s delivery of the lyrics “Filed down to the wire/Boiled to my highest point/I found myself in a room full of mirrors/I don’t even know if I’m here.” I was angry to not be accepted or understood by some of the people closest to me. The way Sapphire’s refrain, “Why don’t you just give it a chance,” is forceful yet resigned in the way it moseys and meanders in a downward sloping cadence. It serves as a reminder for me that multiple things can be true at once. Conflicting emotions can exist in the same space, in the same room and I can be conflicted and expanding at the same time. I don’t know how much those kinds of emotions shaped the creation of “Give It,” but I found purpose in it to cut through to myself, entering different rooms, seeing myself differently and everything around me through new lenses and with new lighting.  I was doing so both in large earth shattering bounds as well as gradual tide changes.

“Give It” is ultimately a song about perspective. This whole process of evolving interpretations of and relationships to our songs over the years has become essential to our band ethos and occurs in a multiplicity of configurations. For years we’ve played it at the top of every set. Despite its recapitulating meanings, it’s always an arrival. To be right where you are. What a gift for a song, recorded or not, to reveal itself to you in new ways as time goes on. What a gift to watch yourself unfold and refold in new ways over time.

“Give It” is out tomorrow, and Gypsum’s self-titled record will be out October 12 via Sonic Ritual.

Gypsum
introducing
music video
track premiere
Talkhouse Weekend Playlist: Searching Through the Library with Maston
A Canadian Film is Playing in the USA 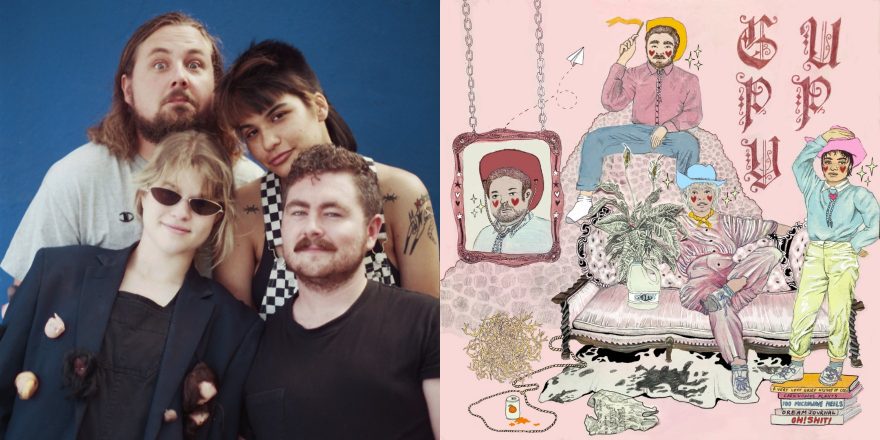 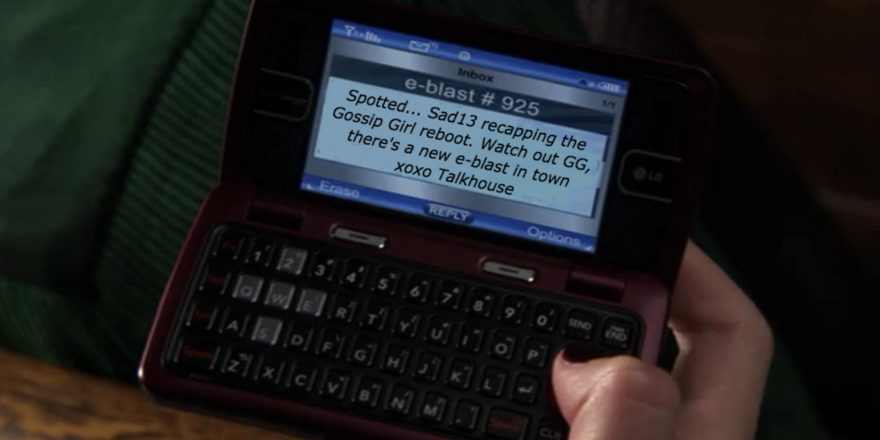