Stephen Pierce is an Easthampton, MA-based songwriter known for his work in the bands Kindling and Ampere. He is currently making music under the moniker Gold Dust, whose self-titled debut full-length is due out October 15.

There never seem to be enough hours in the day.

Even now — even after the last year and a half that we’ve all spent waiting, idling, the day starts and then seems to reach a conclusion, leaving behind a to-do list only half addressed at best. Maybe it’s the natural process of aging, this shortening of hours. Maybe it’s something else entirely, or maybe time is objectively more fleeting now, in 2021, than it was in 2011 — I don’t know. In any case, these days, with less than ever to do, I’m feeling heavily that there isn’t nearly enough time in the day to do it.

So, I guess it’s up to us to carve out time to dive headfirst into whatever gives our lives meaning. The world and time, as it stands, isn’t going to afford us this space naturally, I don’t think, so we have to find those moments wherever we can to hit pause on everything else; to live in some brief joy and purpose every now and again.

For me, that time comes on the mountain. Over the course of the last three years or so, I’ve ended up heavy into trail running as a way to clear my head and fence off a dedicated and sacred portion of my day to just be blank of mind, while also completely present — maybe something like what people get from meditation. Easthampton, the town I live in, has this mountain ridge towering over it that I spend a few hours running up and around most days. I’m always listening to something: Whether checking out a record or a band for the first time or heavy in some feedback loop of obsession with a particular album, I’ll find myself connecting the music with the rocks underfoot, the trees around me, the big birds of prey circling the cliffsides, and so on. It becomes as much part of the landscape as any natural feature, at least in that moment.

It can make everything else vanish.

In a way, the connection I’ve made between trail running and obsessively heading farther and farther down the hallways of forgotten records from forgotten times makes a lot of sense. They’re both symptoms, I think, of an addictive personality, of some fanaticism and dedication that at other times (and every so often still) may have been directed towards less healthy outlets in life. The trails offer — beyond the connection with the natural world — a sense of constant discovery, one paralleled by the exhilaration of finding some record from the past with which you might feel some sudden kinship, some tune you should’ve heard by now but somehow hadn’t. It never fails to amaze me just how much is out there, if you’re looking; that you can have been searching for so long, retracing the same trails and still be finding new records and paths that blow your doors off.

For instance: a few months back, I ended up on this record by Ernie Graham, a Northern Irish folk rock musician who put out a single solo LP in 1971 and then joined the band Help Yourself, who I already admired since my close friend Justin put me onto them a number of years back. I forget exactly how Ernie’s solo record ended up in my orbit, but it did — or, a song from it did, I should say. It’s not exactly “out there” to be easily heard, but I found a download of the album, and followed that up pretty shortly with a hard copy of the LP. It’s such a sincere and beautiful record, sort of referential to “Music from Big Pink” in a way, but with completely its own spin on that particular brand of cosmic Americana, through an Irish filter, with the requisite nods to the British folk revivalism happening concurrently. It just felt so familiar and classic on first listen, like an old friend I hadn’t heard from in years, but was able to jump back in with instantly.

I found out about Ernie way too late for his record to have had any impact on the vibe of what I was trying to put together with the Gold Dust LP, but had been similarly inspired by the wealth of other bands that I was finding out about over the course of the last few years. I was and still am down deep on a Japanese folk rock/psych discovery mission. It’s such a challenging and rewarding road to travel, with most of the bands and artists not using the Latin/Roman alphabet on their album art or in their band names, making it pretty fuckin’ hard for someone like me to seek out, with only the bare minimum knowledge of the Japanese language, at least with any simplicity. The catalyst to my plunge into what seemed like such a wild new frontier was the self-titled LP by Happy End (はっぴいえんど). Though I had long been obsessed with some of the heavier exports from early-’70s Japan: Flower Travellin’ Band, Blues Creation, and Speed Glue & Shinki most notably, this was something new to me entirely.

When I first heard the second LP by Happy End, Kazemachi Roman, it was exactly what I wanted at exactly the right time — something so fascinating in how its major touchstones are taken from cosmic American music, but presented within the context of a cultural identity and movement that I was wholly unfamiliar with. I started tracing the lines from the members of that band to, for instance, the first Chu Kosaka LP, Misora by Sachiko Kanenobu, Makoto Kubota’s Machiboke, and then ultimately ended up knee-deep in the seemingly endless array of private press records that were inspired by all that, or by CSNY or The Byrds or Gene Clark or Dylan — all the familiar folks — and released in quantities of 50-150 or thereabouts. Records like Page 1 by Hill Andon, Heavy Way by Niningashi, or the self-titled Abeichizoku and Primary Mini-Band LPs. These hand-assembled records with high-contrast shots of bands playing in the foggy distance, with little to no information listed on the inserts — hauntingly mysterious relics frozen in time. There’s always some inspiration to find in those homespun records, some endearing charm, an overabundance of earnestness and heart — the sort of things that you’d only really find on a record by an artist not necessarily planning on making a major cultural impact or achieving any kind of commercial success. When you’re pressing only 100 copies of a record, there’s not really room for any illusions of stardom or even critical praise. When you know you’re making something mostly just for yourself, that output is always going to be pretty real, right?

As luck would have it, more than a decent amount of these records are straight up incredible by any measure: perhaps in spite of the nature of their creation, but more likely owing a great deal to the circumstances that led to them. These are the missives of the rural freaks, the idiot kids, stoned riffers, ancient-lore folkies, and would-be punks; often some combination, an unholy and unrefined permutation of the above.

As novel and new as a lot of these records seemed to me, it’s worth noting that they’ve all been there this whole time, my entire life, waiting. That got me to a reflection on the life cycle of art, of music, and of how anything at all is only a stone’s turn away from potentially meaning the world to someone. It’s easy to get caught up, when you’re putting out a record in 2021, in the frenzy around a release date, the shelf-life of newness in the musical zeitgeist, ever shortening as it may be. It’s exhausting, and all of these private-press jewels and hidden sounds that were probably never heard at the time outside the artists’ circle of friends gave me the green-light to try to do something similar, to strive for some kind of secret permanence.

That’s what this Gold Dust record has become: my own small contribution to that sort of tradition of putting out music because you believe in it, but not to the extent of any particular ambition. It’s being real with myself that beauty and value have little or nothing to do with how many copies a record sells or streams, or whatever. It’s just simply the act of putting some songs under a stone, and maybe someday someone will flip that stone over and like what they find. Maybe not. Growing up in DIY punk, this shouldn’t be a new thing for me, but it’s easy to get caught up in the metrics and data sets that seem omnipresent now in a way that didn’t exist when I was a kid putting out 7”s. I guess this record is, in a way, a sort of return home, guided by some pretty heavy and mostly unknown stewards.

There’s this quote from Damo Suzuki that I think of a lot: “You can create new time and space with music.” It weighs heavy especially as it feels like time has become such a precious and rare thing. I’d love to think that all of these hours listening — in my headphones in the woods or over the speakers in my living room — and recording, whether at the practice space or at home, have been spent somehow creating new time for myself, and for the songs, records, and artists that I spend those hours alongside.

But yeah, there’s never enough time until we create it.

Stephen Pierce is an Easthampton, MA-based songwriter known for his work in the bands Kindling and Ampere. He is currently making music under the moniker Gold Dust, whose self-titled debut full-length is due out October 15. 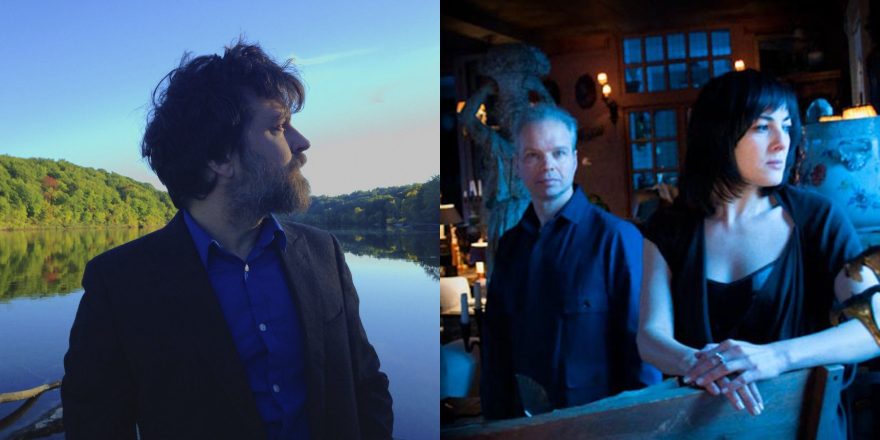 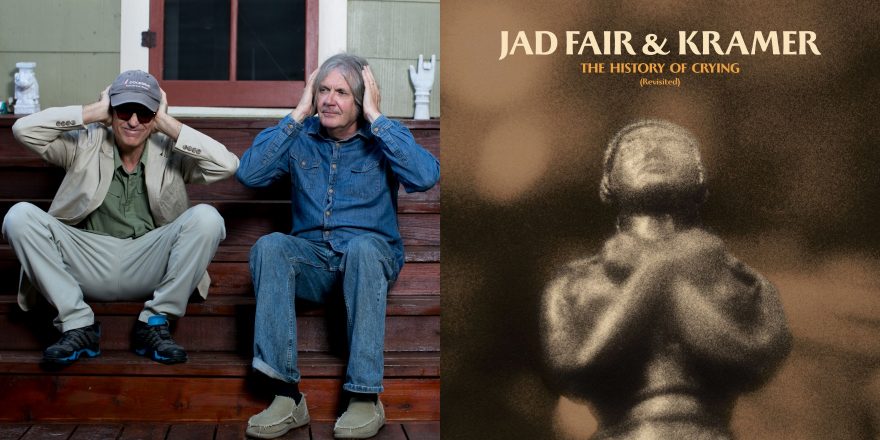 Introducing: Jad Fair & Kramer’s “I’ll Give You the Moon” 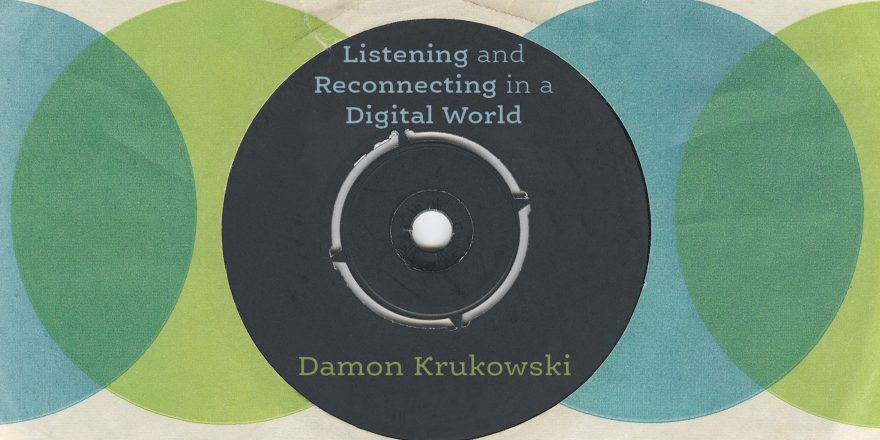