If I put together a map of the U.S., I’d stick a thumbtack in every city where I knew I had a good friend — bright dots along an otherwise lonely landscape of cheap hotels and countless venues. It’s a by-product of touring so often. Many of my good friends are people who do what I do, and are often musicians I met sometimes more than a decade ago. We have non-traditional relationships, and a mutual understanding of that; it’s been a life saver in the middle of those lonely tour blues.

I would stick one of those thumbtacks in New York City for Ben Godfrey, aka Belaver, and one in Minneapolis for Nona Envie of Dark Dark Dark.

I met Nona in 2009 when I was 20 years old. Ben and I helped put together a show for Nona’s band in Houston. I think Ben reached out to them through email, or maybe it was the other way around. The band slept on pallets on my floor and we stayed up drinking whiskey for much of the night. We talked about music and played tunes — we knew lots of the same obscure songs.

Nona lives in Minneapolis now, and I live in Austin. A little more than a week ago, we passed through Minneapolis/St. Paul for a show at Turf Club. I dropped the band and crew off at a hotel after the show, then Ian O’Neil and I went to Nona’s place to crash. We drank whiskey and listened to records. We slept on pallets on the floor. Every time we go to Minneapolis and she’s home, we get together and catch each other up on things we missed: What new projects we are working on, our romantic relationships, how a mutual friend of ours is doing. We blast through a year in an evening. With friends like this, I never feel any sort of disconnect. I don’t hesitate to share: This year, I fell in love, had a kid, and lost my mother. A lot has happened. It’s easy to jump right back into a dialogue we started ten years ago.

Being a touring musician provides some unique challenges when it comes to navigating relationships. It has been a contributing factor in many of my failed romantic endeavors, not because I’m a dirtbag or anything, but because it’s just hard to keep the level of intimacy required in a relationship while not being physically present. It’s the same with family and friends. I’ve missed so many birthdays and weddings, really important milestones. Just as often, I’ve forgotten to even call when I should. When I’m back home, I feel like I’m dangling on the periphery — there are so many stories I wasn’t a part of, inside jokes I don’t get. Maybe that’s just projecting, but I feel it.

That said, I find it odd that it’s so easy to pick back up where I left off with people I speak to even less. We must have some understanding that even though we don’t talk that often, there is still something that connects us and it’s still important. We relate to each other in how we interface with the rest of the world in a fundamental way that underscores our own friendships with one another.

When Ben and I recorded “Partner,” the idea came up that it should be a duet. Nona was the first person we called. I’m not sure how much Nona and Ben have stayed in touch over the years, but she felt like the obvious choice to both of us. I’m so happy with the way this song turned out. It connected some dots for me, drew thick lines between those pins on the map. It’s so nice to have a recorded document featuring these partners in crime. 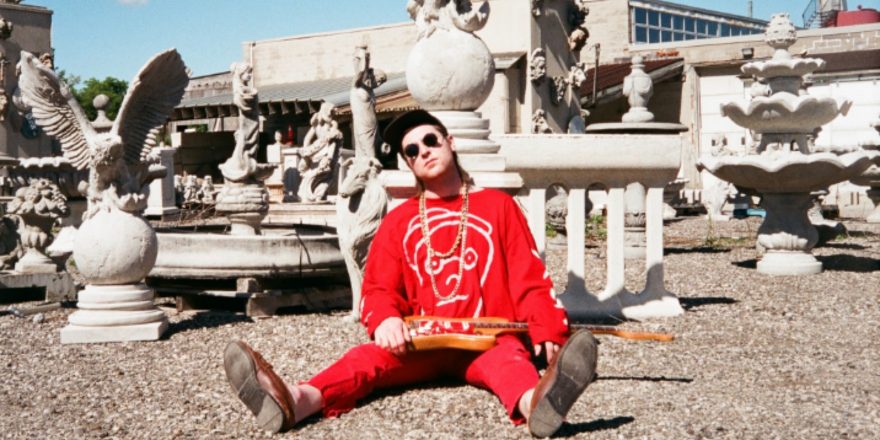