Zia Anger is a filmmaker and music video director. Her most recent short, My Last Film, premiered at the 53rd New York Film Festival. In 2015, her short I Remember Nothing had its world premiere at New Directors/New Films and its international premiere at Festival del film Locarno. She has made music videos for various independent artists including: Angel Olsen, Mitski, Julianna Barwick, Maggie Rogers, and Jenny Hval; the latter of whom she also tours with as a performer. In 2016, Zia participated in the Sundance Institute’s Screenwriter’s Intensive, and in 2015 she was included in Filmmaker magazine’s “25 New Faces of Independent Film” and was made a fellow in film/video by the New York Foundation for the Arts. Find out more at her official site. (Picture by Ashley Connor.)

Moving images are in their infancy. Studio movies have been around less than 150 years. Independent films and virtual reality less than 100. Netflix nearly 20. YouTube 12 years. Snapchat five years. Musical.ly two years. In this short period of time, moving images have superseded – or, more accurately, absorbed – the written and spoken word to become the most powerful method of communication. A maximalist hybrid of art, culture, information, capital and technology, and we’re still only making the equivalent of pictographs – scratches on a rock wall to be discovered by future generations and the foundation of many new languages that will become nearly innate when our thumbs are absorbed by our phones and our eyes watch movies projected against our brains.

In the making of all movies, there is often artistry but there is always money. For anyone who wants to make a single moving image, even on a cellphone, a camera to shoot it on and platform to screen it on is required. If you are born rich, or into the creative class, or white, or some combination of these, there is usually little time spent considering if you have permission to make moving images. The implicit knowledge that most white men (and many white women also) possess of how to succeed in a “traditional” way and tell “traditional” stories, is traditional because in the history of moving images these have been the people who have created the traditions. You don’t have to be a language scholar (and I’m not!) to realize that the beginning of the written and spoken word were, in a sense, free. It was rocks on rocks, vocal chords on vocal chords. And for a while, at least in theory, the language of cinema was free. In recent years, as independent cinema has been subsumed by popular cinema, and diversity initiatives have masked capitalist interests, this has seemingly opened the market (although by even low standards, not enough).

But if moving images are a new form of communication, what happens to all of those stories and ideas that are not traditionally commodifiable? Doesn’t the drooling baby that is moving images have the potential to be so much more than a commodity? Doesn’t everyone deserve to be a part of developing this new, powerful language – on their own terms and in their own spaces, creating languages that are accurate to their own experience?

The queer radicals who raised me taught me how to survive on the fringe of a system that oppressed them but offered me few tools to forge a capitalist success story, except for a true taste for subversion. That is, there was no emphasis on what made our family different, there were no excuses or explanations, just a calm in being oneself, even if oneself was not socially acceptable. A certain amount of privilege (I am white and at times have been financially supported by my family or by grants) has allowed me the time and space to indulge that taste for subversion. And that subversion has resulted in a very complicated 10 years of moving between making my own films, observing others make theirs as a crew member, attending school, making music videos, and working 25-plus day jobs (my favorites include being an elf for a mall Santa, standing of a vat of boiling oil making sweet potato fries for slobbering burnouts at music festivals, and wiping babies butts.) My personal work has been well received and nearly always self-funded, and my experiences making music videos have alienated me from my “practice” but given me practice that I could have not otherwise afforded. And my day jobs have been, well, ongoing. Ultimately, I have had a lot of time to wonder if I have permission to make movies.

In the past year, I have finished a feature script and begun to look for financing, with a full understanding I would be participating in the very system I have spent so many years trying to deconstruct. I acknowledge that certain markers of success – like the talent lists I have been on or the number of times my videos have been seen – are tools of the patriarchy. Despite this, I have decided to strive for these markers with my constant collaborators, in hopes of finding more likeminded people at each step. I acknowledge the artifice of the independent film industry, which currently is both propping me up as a female director but rarely allowing me to tell stories in a feminine way, or any way that is not inherently white and phallic. I counter this dichotomy with the firm belief that potentially the most feminine story is not one I will tell, but the subversion of the artifice itself. My work wears its disguise well.

Despite understanding all of this, there is still almost nothing that can prepare the spirit for this learning experience, of being both accepted and rejected. What is one to do upon seeing firsthand that the independent film industry, behind closed doors, remains a relatively homogeneous place? There are films singlehandedly working to shift the paradigm, like Get Out, but they have to make it to the surface. Financiers, filmmakers, producers, casting directors – everyone – is trying to fit a round peg into a square hole. They demand diversity in theory, but often refuse it in practice. This realization has turned the wait to make my first feature into a purgatory; my spirit has almost completely calcified, it has been a challenge to maintain a creative edge.

Over the the past year and a half, I’ve also been giving moving-image workshops to people between the ages of 8 and 18. Students are invited to come for a few days to make videos on cellphones. I teach them what I know, but they also teach me what they know. I haven’t visited a middle school or high school since I was a substitute teacher nearly eight years ago, but last I checked moving-image literacy is not a part of the core curriculum in most American schools. In the current moment, I don’t think there could be just one curriculum, but if there ever were a time to start talking to about moving images – what they can mean, how they can be made, and everything in between – this is the time. If you spend more than five minutes on the internet looking at something besides your own bubble, or five minutes in-person with a group of people under the age of 18, you’ll realize that despite this lack of curriculum there is an entire society that is teaching itself how to make and read moving images in ways that are considered not “traditional.” As a “professional” it would be easy to tell them how to do something, but what I’ve realized is that this plays into the exclusionary tactics that I so thoroughly reject. Rather than tell them how to do something I often find myself working to demystify any rules they are scared not to follow.

This practice of seeking knowledge from others has extended outward to most people I encounter who are not filmmakers. I ask my 95-year-old grandmother, who has watched political news religiously for 20 years, what she knows about moving images. Or my mechanic about the music videos he likes and why. A 14-year-old taught me the implicit meanings behind the gestures of Musical.ly. There is both a need for literacy and a call to understand that we ourselves are not even literate. Our literacy has so far been defined by those who could afford to define it but as well all know, in the history of humans we will always find ways to communicate with each other even if there are exclusionary forces at play.

I am waiting for permission to make my feature film within the system, but I don’t need permission to talk to people. And this is where I have found that my spirit truly thrives in these times of wait. Often in the independent film world, we find ourselves keeping secrets, protecting what we know because the independent film tradition requires that. It comes from a market fear we are taught, to worry about teaching someone our secrets because they will take our secrets and do what we do, but better. We argue for the sanctity of ancient technology, or ways of watching films, or an archaic notion of what film should be. But considering we are in the first 150 years of this language, and we are still just writing on candlelit cave walls, dogma will only kill us. If we want our legacy to outlive us, it can’t exist only among archetypal independent individuals and their films, but rather in the expanse of filmmakers between projects and those who have never made films before, all talking about what we know and what we don’t know. We must foster a radical transparency that both demystifies and inspires a limitless place. Whether it’s when a young person emails you, or when someone asks you a question on Twitter. In an academic setting or on set. With a person you are working for or with someone who is working for you. True independence lies not in individuals but in a collective movement. So, if you find yourself waiting, start talking.

The gif above is taken from My Last Film by Zia Anger.

Zia Anger is a filmmaker and music video director. Her most recent short, My Last Film, premiered at the 53rd New York Film Festival. In 2015, her short I Remember Nothing had its world premiere at New Directors/New Films and its international premiere at Festival del film Locarno. She has made music videos for various independent artists including: Angel Olsen, Mitski, Julianna Barwick, Maggie Rogers, and Jenny Hval; the latter of whom she also tours with as a performer. In 2016, Zia participated in the Sundance Institute’s Screenwriter’s Intensive, and in 2015 she was included in Filmmaker magazine’s “25 New Faces of Independent Film” and was made a fellow in film/video by the New York Foundation for the Arts. Find out more at her official site. (Picture by Ashley Connor.)

film essay
independent film
the film industry
Zia Anger
How I Stopped Worrying and Learned to Love Anxiety Medication
Was This It? 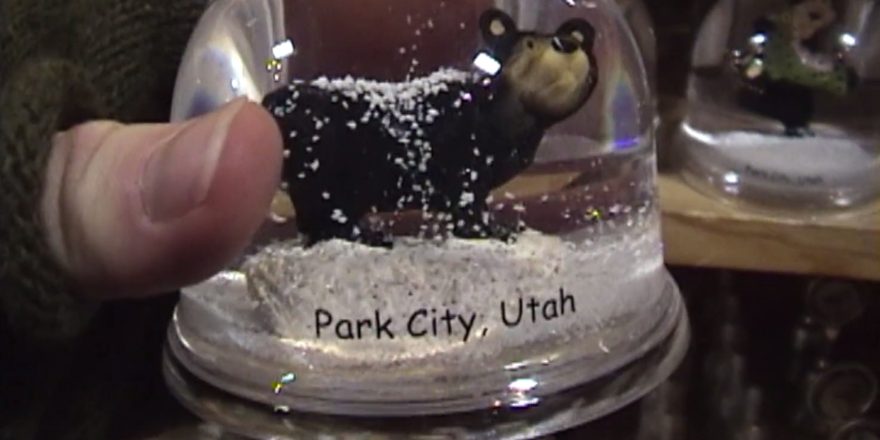