Anna Mastro’s new film, Secret Society of Second Born Royals, about a teenage royal rebel who discovers she has super-human abilities, is released worldwide on Disney+ on September 25. Anna has previously directed a number of television shows across a variety of genres, including Marvel’s Runaways, L.A.’s Finest, In The Dark, Shameless, UnREAL, The Bold Type, Gossip Girl and Jane the Virgin, in addition to the pilot Guidance for Hulu. Her feature film Walter starred Andrew J. West alongside William H. Macy, Virginia Madsen, Jim Gaffigan, Neve Campbell, Justin Kirk, Milo Ventimiglia and Leven Rambin. She also directed the original musical Lost Generation, written by Kyle Jarrow (Valor, Broadway’s Spongebob Squarepants) with music by Duncan Sheik (Spring Awakening, American Psycho). Anna began her career in commercials and music videos, working with some of the most popular names in music including The Pussycat Dolls, Train, and Victoria Justice. In 2011, her short film Bench Seat, written by Neil LaBute with music and lyrics by Teddy Geiger, was an official selection in over 30 film festivals worldwide.

The year I turned 40, I was at the peak of my career as a director of episodic TV. Eleven shows in one year. Some hour-long, some half-hour, multiple cities, multiple episodes of a show I loved, Marvel, Fox, new shows, a season finale – you name it, I worked on it. I was, for all intents and purposes, literally a director on tour. This was the goal, this was what I wanted. But as I was briefly visiting the ecosystems of these shows and bringing a little of myself and my style to each of them, I was starting to lose my sense of purpose. What was the story I wanted to tell?

Turns out, it wasn’t the story I wanted to tell that saved me – it was the story I needed to tell. Who needs to tell a Disney story? Who needs to make a kids’ movie? Well, I did. I know it doesn’t make any sense, but at the time, it felt somehow important. I felt lost, sorta like Bill Murray in Lost in Translation, always living in a hotel, eating meals alone. One weekend, an old friend sent me a script and as the sun was setting in Atlanta, I went to the rooftop of the hotel and read a draft of Secret Society of Second-Born Royals. Immediately, this coming-of-age story spoke to me. It was about a teenage girl who feels different and doesn’t fit in. A girl trying always to be strong, who has a sense of adventure and loves music. At the heart of it – and it had a lot of heart – this was a tale for Gen Z, the kids currently coming of age who have the potential to change our world and can demand to see themselves portrayed with respect on screen. But I could connect with it, too. There were themes of friendship, of being stronger together, of female empowerment and finding one’s purpose. There was action, space for original music, and an epic ending. Not to mention, it was my chance to work with a major studio (Disney), for a brand new platform (Disney+), on an original story, and to build a world (Illyria) – all of which I had never done before. I saw it as both a unique opportunity and an exciting challenge.

I knew immediately I wanted to make it. I was not sure I entirely knew why, but would keep finding out till the moment the film was finished. I went back to Los Angeles and pitched myself to direct the movie like my life depended on it. Partly, I felt like if I could make something my nieces and nephew thought was cool then it would erase my guilt for all the time I’d not spent with them over the past year. I knew they would love it. At six, eight and 11, they were watching a ton of movies and were tough critics too. So I worked hard. I thought about what Illyria would look and feel like and how I would go about inventing a county, a kingdom, that could exist in today’s world. I wanted Illyria to feel like a small country, a special place. Modern and yet still holding on to its old-world roots. Rich in tradition, yet with modern elements, like walls made of plants in the schools and the palace, and a skyline that would rival Shanghai or Singapore. I grew up in Seattle and the city has always had a mix of the modern and the old in its DNA.

It was also very important to me that the cast – the young royals – felt like they were real kids. I wanted to show a world that reflected my own, hopefully the world a lot of our audience lives in. One that was diverse in race, color and body types. Finally, I wanted the action to be cutting edge. In my pitch, I showed clips from Gladiator, Snatch and Kingsman: The Secret Service to let the execs know that the action was going to be sophisticated and visceral. Were they OK with all of that? The answer was yes. They not only hired me, but fully supported me in this crazy journey and the vision that came along with it. I would finally get to honor X-Men, Kingsmen and an entire genre of films that inspired me – but in a movie with a 15-year-old girl as its focus. To me, that had never been done.

It turns out, getting the job was the easy part. After years of hustling, pitching, raising money and making independent films, I thought making a movie with a studio might be easy. I was incredibly wrong. Every day on the movie during prep and shooting was incredibly testing. We faced challenges with budget and young actors’ working hours, and because the vision for the film was so ambitious, every day seemed tougher than the last. It was hard, but I loved it. I lucked out and surrounded myself with the best team of producers and department heads I could find – people who made it their mission to work as hard as me, bring all their ideas to the table, and pull off the best movie possible. We inspired each other every day and the actors got us through the rest.

Growing up, I was never the coolest kid in school. I had friends, but I wasn’t the prettiest or the most talented and I didn’t look like the girls I saw on TV. At a very young age, I started watching action movies and foreign films. Escapism at its best. Movies where women were not stick thin and had different hair and imperfect skin. I loved them all and I would lose entire weekends in a sea of The Umbrellas of Cherbourg, Rambo and Trainspotting. Finding cinema saved me. I enjoyed Disney movies growing up, but besides The Little Mermaid, none of them spoke to me (maybe Ariel did because she felt like such an outsider). Those films didn’t feel real, so I couldn’t aspire to see myself in them. As I graduated and moved to L.A. and started forging a career and making music videos, I knew telling stories was what I wanted to do, but I lacked the self-confidence to fight for the right opportunities. I always felt like I wasn’t cool enough or good enough or my talent wasn’t artistic enough. I was different. Eventually, though, I realized that being different was what made my voice unique, what made my perspective invaluable. Rising to the challenge and making Secret Society of Second-Born Royals helped me work on my own anxiety about never feeling like I fit in. It crystallized, finally, that what makes you different is what makes you special. This is the lesson. The one I hope every kid, but especially every teenage or young girl, walks away thinking about.

Making Secret Society of Second-Born Royals reminded me that my being different is my strength, but also that my point of view and how I film and view the world can truly bring something special to it. Something I had probably forgotten along the way. As we finished post on the film (one hour after lockdown, to be exact!), I was filled with joy and gratitude at the thought that I’d been able to make a movie with such an amazing team, something we might not get to do again for quite some time. None of us got to hug goodnight or goodbye, and there was a real sense of nostalgia for the journey we’d taken together over the past year.

During quarantine, it’s been a challenge to remember that joy and gratitude as I’ve spent so much time alone, just like so many young boys and girls have had to also. Spending time with family, I’ve seen how my nieces, now 7 and 9, who are watching a lot of TV and movies, are grappling with issues of self-esteem. Wondering if they fit it, feeling like they might be or look different from other kids, and just dealing with isolation, in general. Looking back, I realize that the feelings of low self-esteem I myself struggled with as a teenager were so deeply rooted in how our culture makes young girls feel, and that this is something we must acknowledge and be continuously working on. I’m so happy that I get to share Secret Society of Second-Born Royals with kids now, at a time when most of them will be going back to school, whether remotely or in person. It feels like a fun gift I can give them after a long summer. Hopefully the film’s message will reach them, that the things that make you different are also the qualities that make you special. You are important and will find your place in this world.

I’ve been thinking a lot recently about what kind of projects I want to make and stories I want to tell in the future. I think it will always be important to me to think about young women, what’s out there for them and what will influence them as they come of age. I want them to see girls as unique and fearless, and as heroes. Not just in Illyria or some other Disney universe, but in their own lives. Working hard, finding the things that make them different, and embracing those strengths.

Anna Mastro’s new film, Secret Society of Second Born Royals, about a teenage royal rebel who discovers she has super-human abilities, is released worldwide on Disney+ on September 25. Anna has previously directed a number of television shows across a variety of genres, including Marvel’s Runaways, L.A.’s Finest, In The Dark, Shameless, UnREAL, The Bold Type, Gossip Girl and Jane the Virgin, in addition to the pilot Guidance for Hulu. Her feature film Walter starred Andrew J. West alongside William H. Macy, Virginia Madsen, Jim Gaffigan, Neve Campbell, Justin Kirk, Milo Ventimiglia and Leven Rambin. She also directed the original musical Lost Generation, written by Kyle Jarrow (Valor, Broadway’s Spongebob Squarepants) with music by Duncan Sheik (Spring Awakening, American Psycho). Anna began her career in commercials and music videos, working with some of the most popular names in music including The Pussycat Dolls, Train, and Victoria Justice. In 2011, her short film Bench Seat, written by Neil LaBute with music and lyrics by Teddy Geiger, was an official selection in over 30 film festivals worldwide. 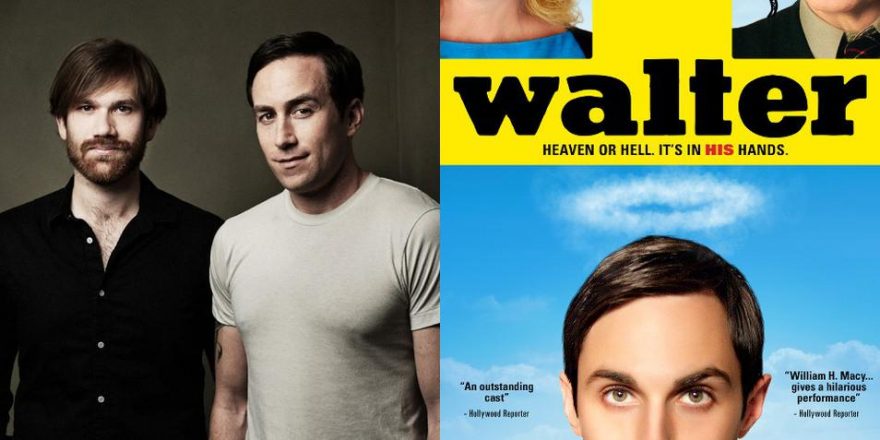 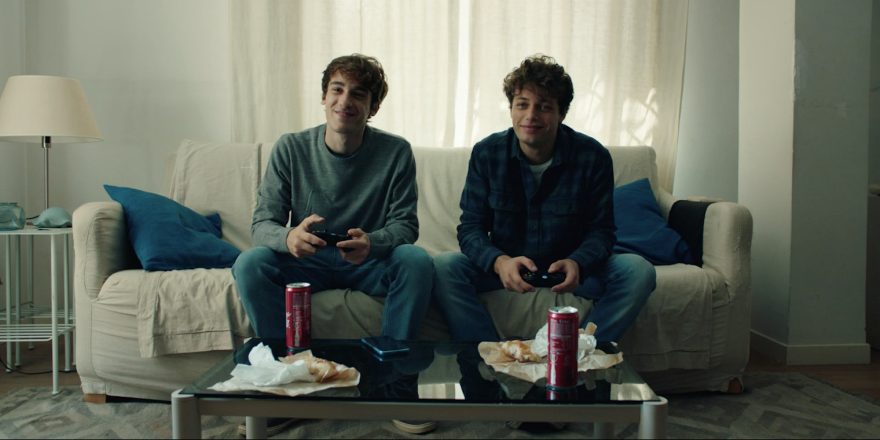 Confessions of a Middle-Aged Fanboy