Standup comedian Kelli Dunham has been seen on Showtime, the Discovery Channel, the Moth Mainstage, the Cinderblock Comedy Festival, the Risk podcast, PBS Stories from Stage, the Gotham Storytelling Festival, and nationwide at colleges, prides, fundraisers and even the occasional livestock auction. Kelli was nominated as a 2015 White House Champion of Change (not under the current administration) for her work as the co-founder and producer of Queer Memoir, NYC’s longest-running most super earnest LGBT storytelling event. Kelli is the author of seven hilarious nonfiction books about very not humorous subjects (include kids’ guides to puberty) and recently helped set the Guinness World Record for longest comedy show/multiple performers. New York Mayor Bill De Blasio once called Kelli a show-off. To her face. Kelli’s newest comedy album, Not the Gym Teacher, is out now on all digital platforms.

The first time I took a friend to one of the few open mics for new comics in Philadelphia, circa 2001, she was confused.

“So,” she queried afterward, as we cut through the lobby of the rundown chain motel which had the dubious honor of hosting the comedy club, “how exactly did you get on the bill for the Angry Men Show?”

I joked that surely angry butch lesbians are close enough to qualify.

But the demographic – and more markedly the tone – had been so consistent, it took me nearly a week and a great deal of swearing on my father’s grave to convince her that no, this had been just a random open mic night.

Except it wasn’t really random. Almost everywhere I attempted to perform seemed to be running the same show.

Sometimes they included a comic who opened each set with, “I went parking with my girlfriend and she said, ‘Oh, I’m not that kind of girl,’ so I took out my knife and said, ‘Yes, you are.'”

Another dude around the scene at that time thought the most hilarious thing a comic could do on stage was to hump a female audience member. Sometimes it was within the highly original premise of imitating embarrassing dog behavior, but I also remember him doing it in the middle of a bit about dental floss.

I did a “bringer” show at an Italian restaurant in South Philly. As 15 of my most generous friends ate whatever pasta they could afford after coughing up the $25 cover charge, the comic who performed before me described the objectionable odor of his girlfriend’s vagina. In detail. For a full 12 minutes.

He seemed so unclear about cisgender women’s anatomy that one person at our table queried, “Dude, are you sure you’re talking about her vagina?”

It was all pretty grim, but I have an unfortunate amount of deep biological optimism, so I tried to think of it as comedy boot camp and resolved to keep fighting for my stage time.

One night at an open mic, I started my set with, “I need you to do me a favor and ignore all physical cues and believe me when I say I am an adult female and not a 12-year-old boy.” 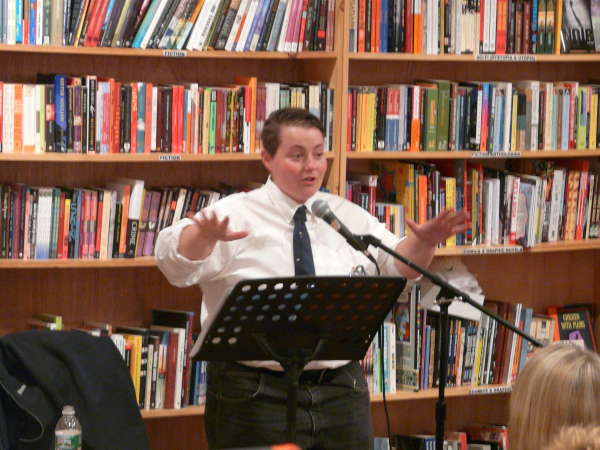 I know now (and, if I’m honest, probably knew then) that calling someone a pedophile when they’ve merely called you ugly is a substantial overreaction. The angry comic later chased me around the parking lot, yelling and brandishing a broken beer bottle.

As I zig-zagged through the cars and hid behind a dumpster, it occurred to me that my comedy career (especially when coupled with my smart mouth) was quickly becoming a health hazard. I needed to adopt a training program to increase my sprinting speed and stamina, hire private security or find some better venues. That night I started a new list in my comedy notebook: Other Places to Perform That Might Be Weird But Won’t Lead to My Death.

And so I started what became my actual comedy career, telling jokes in between drag queens at LGBT pride events, organizing shows in free-trade coffee shops, doing sets at the polyamory nerd conventions and emceeing everything from expensive fundraisers to group acupunctures workshops and livestock auctions.

A few months later, my best friend informed me I had to go to her house, right away, to watch something very, very important. I yawned as she popped the homemade VHS tape into the VCR. I had seen the words Dress to Kill handwritten on the spine and figured it was some James Bond movie or a foreign language film I wouldn’t be able to follow.

But as the tape whirred to a start, I realized she was right. This was important. I was immediately transfixed by Eddie Izzard, a gorgeous, dorky British genderqueer standup comedian. He wore full-face makeup and an odd bowl-cut wig. His outfit was what the official Eddie Izzard website describes as “Chinese-style wraparound shirt, heels, shiny trousers, blue nail varnish” and he entered the stage at a full run, looked at the audience, shrugged a bit and said, “In heels, as well.”

He continued on to describe himself as a male tomboy, which as a female (female-ish) tomboy I certainly related to. But what seemed almost futuristic was how he talked about himself; he was funny without being self-deprecating, which at the time seemed like the only permissible way for a woman (or in this case, a man wearing what were ostensibly women’s clothes) to make appearance-related jokes. Instead of remarking about any alleged imperfections in body or presentation, he talked about the function of his appearance, observing that the army should make use of transvestite soldiers: “They’re missing a huge opportunity here, because we all know one of the main elements of attack is the element of surprise. So what could be more surprising than the 1st Battalion Transvestite Brigade?”

He then jumped into a discussion of mass murderers, squirrels, childhood lying, lack of fundamentalism in the Church of England, bunny rabbits at the crucifixion, chiropractors, the Heimlich maneuver and history. So much history. And when he talked about himself or his own sex life, it actually made you laugh (“She consulted with the United Nations Security Council of my virginity”) instead of giving you the creeps.

When Izzard came to Philadelphia the next year, my best friend and I bought tickets to see him all five nights, balancing our budgets by existing on ramen and day-old street pretzels for the next six weeks. We laughed a lot at the shows, but they were more than entertainment to me. Every night, we’d get to our seats early and I’d watch each face as the crowd poured in, smiling at the prospect of so many people wanting to hear smart comedy that was truly about something substantial, rather than just how great blow jobs are and how bad vaginas smell.

The frustrations – and, in some cases, actual physical danger – that defined my comedy career up until that point wasn’t just that I was a big fat ugly dyke in a room full of men who were using comedy as an excuse to get drunk and say really mean things about their ex-wives. What had felt hopeless was the possibility of developing material beyond these rooms. Seeing Izzard somehow gave me permission to write comedy about death, regret, the ludicrousness of the rigid gender binary and why lesbians don’t get pap exams.

Part of the salve of that week (and watching Dress to Kill on repeat for the next 12 months) was seeing a very successful gender-nonconforming comic on stage in sharp contrast to my daily experience of being a not-at-all-successful gender-nonconforming comic on stage. But what was even more heartening – and what gave me hope to keep practicing, writing and getting better – was seeing that Eddie Izzard had an audience, and that meant there very well might be an audience for me too.

Standup comedian Kelli Dunham has been seen on Showtime, the Discovery Channel, the Moth Mainstage, the Cinderblock Comedy Festival, the Risk podcast, PBS Stories from Stage, the Gotham Storytelling Festival, and nationwide at colleges, prides, fundraisers and even the occasional livestock auction. Kelli was nominated as a 2015 White House Champion of Change (not under the current administration) for her work as the co-founder and producer of Queer Memoir, NYC’s longest-running most super earnest LGBT storytelling event. Kelli is the author of seven hilarious nonfiction books about very not humorous subjects (include kids’ guides to puberty) and recently helped set the Guinness World Record for longest comedy show/multiple performers. New York Mayor Bill De Blasio once called Kelli a show-off. To her face. Kelli’s newest comedy album, Not the Gym Teacher, is out now on all digital platforms. 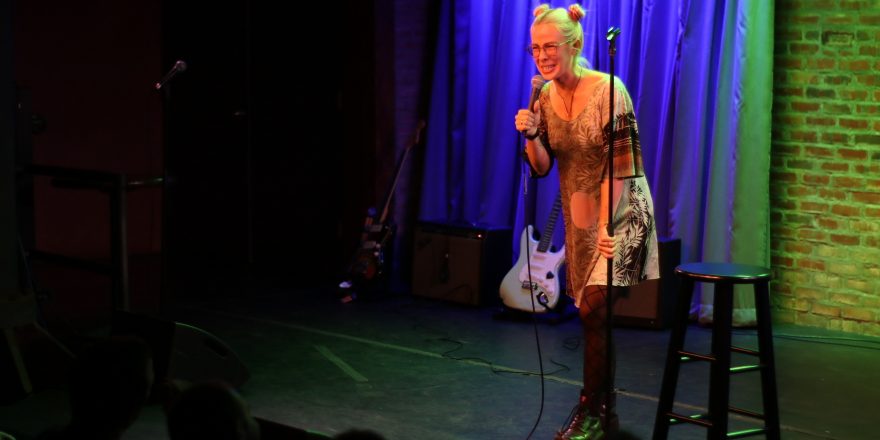 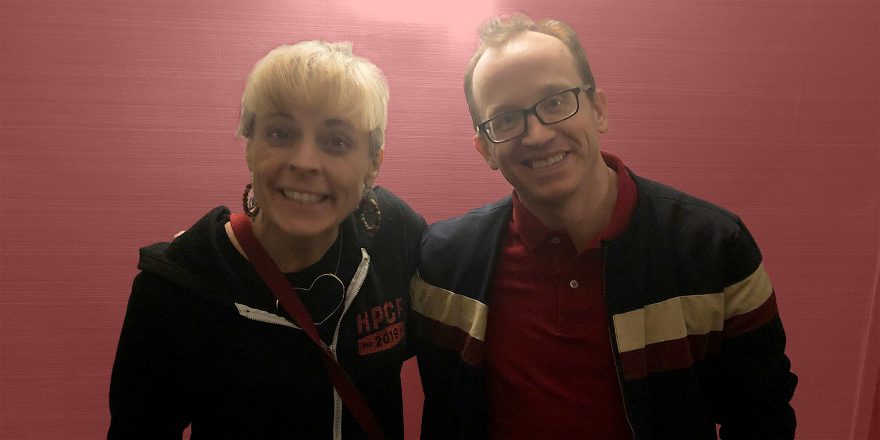 Maria Bamford Talks with Chris Gethard for the Talkhouse Podcast 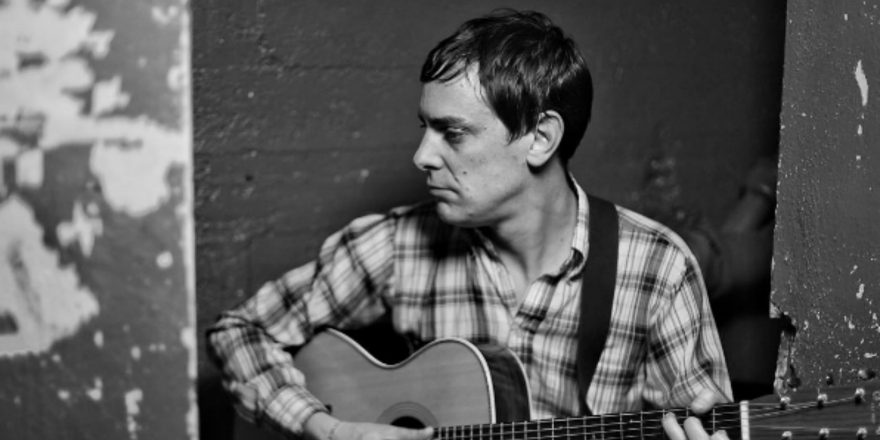 What’s the Difference Between Standup and a Concert? 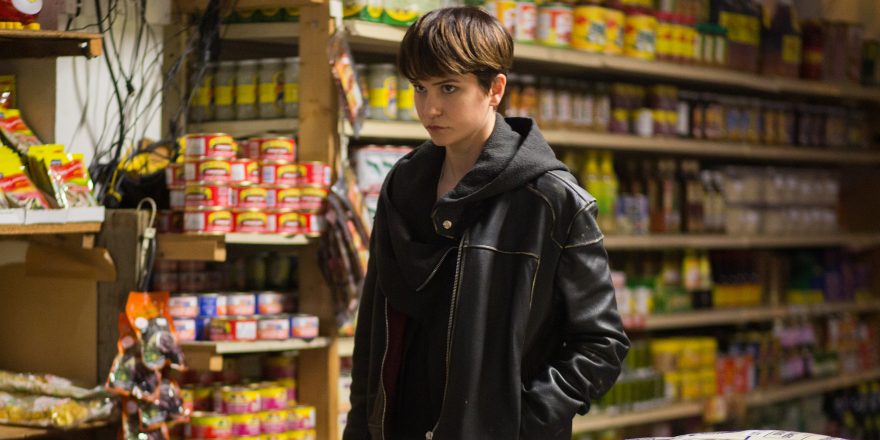