Created in 2016 by Taylor Graham and Justin Dupuis, Henna Roso is a musical collective from Tulsa, Oklahoma that has dedicated themselves to fighting food insecurity in America while creating and playing original music inspired by D’Angelo, Lettuce and Stevie Wonder. Known for the relentless stank-face groove inspired by Graham’s funk/soul sensibilities layered with the complex jazz chord structures and harmonies propelled by the extensive Jazz vocabulary of Dupuis, they weave together a sound rich in melody and an undeniable rhythmic funk.

Music in itself is a very giving force. Musicians give you their energy, their words, their thoughts, and the sounds that are stirring in their heads. In every song, there is a little piece of somebody’s soul. Henna Roso wanted to take the giving nature of music a step further by incorporating opportunities for people to get involved in the fight against hunger. Our goals were twofold: We wanted to create a vessel for sustainable support in the fight against hunger and we wanted to inspire businesses/bands to incorporate a charitable component into their business model. We’ve found that it is a win-win situation; we get to play our music and the attendees get to leave knowing they made an impact on somebody’s life. Everybody who has come to a show, bought a t-shirt/cd, and donated has helped feed people.

Henna Roso is a play on the Spanish word “generoso,” which means generous, and our ultimate goal is to inspire generosity all over, because we live in a world that so desperately needs it right now. Henna Roso was designed to be a vessel to fight hunger and promote awareness for food insecurity nationwide. We wanted to design a concept where people could bring non-perishable food items instead of paying covers or buying tickets and also dedicate a portion of revenue to organizations that fight hunger. We have been a band for about three and a half years, and we just passed 90,000 meals raised! Our goal was to engage our fans and community and get them involved in the fight against hunger, and they have responded in a beautiful way.

We have been able to conduct food drives in eight states across the US and getting to meet people involved with organizations that fight hunger has been incredibly rewarding and inspirational. The people/organizations that fight food insecurity daily are the real heroes. They are often overworked/underpaid and sacrifice so much to ensure they are doing all they can to get people fed. We just play music and contribute what we can, but these people are on the front lines every day fighting hunger and we are incredibly proud and grateful for the work that they do.

I first started getting involved in volunteering at food banks in Fort Collins, CO in 2014. At the time, I was trying to make a living in CO work and failing miserably. I was broke, depressed and my return to Oklahoma seemed inevitable. One day I decided, instead of constantly focusing on my own situation, I would try and help others with the hope that it would give me a positive boost and some perspective. I went to the Larimer County Food Bank (in Fort Collins, CO) and was blown away by the magnitude of hunger. The magnitude of people needing access to fresh food, the magnitude of families with multiple children who needed more than SNAP and/or food stamps could allow, and the magnitude of how gracious these people were for the services being offered by the food bank. These were not people simply looking for handouts, these were hardworking families who struggle with poverty, single mothers, college students, the elderly, and the physically handicapped.  The day I looked hunger in the eye for the first time changed my life forever. Within months, I was back on my way to Oklahoma and instead of feeling like a failure, I had a vision and a plan to try and help people in a big way. I called Justin Dupuis (lead guitarist/co-writer) on the way home and the concept of Henna Roso was born. We began writing with the understanding that the music had to be on a certain level, because if it wasn’t, we would not be feeding many people.

Henna Roso just released our debut album Feed the Hungry in September of this year and we were able to raise over 26,000 meals at our album release at Cain’s Ballroom in Tulsa. The idea behind the album is that it will actually be able to feed people perpetually. One dollar from every CD/vinyl sold will go directly to the Community Food Bank of Eastern Oklahoma. A portion of streaming/licensing proceeds will also go to the food bank. This exemplifies our dreams of creating a sustainable giving model to organizations that fight hunger.

Another one of our main goals is to let people know how far the dollar goes in the fight against hunger.  Food Banks and organizations like Feeding America often are able to provide four meals for every dollar donated. This number varies across the nation, but the power of the dollar in the fight against hunger is incredible. These organizations’ ability to operate on lean budgets and ensure they are making the biggest impact in their communities is incredible.

We understand that as we grow and as we expand our scope, we are ultimately going to be able to feed more people in the process. 90,000 meals raised is an accomplishment for sure, but it is absolutely nothing in the perpetual fight against hunger. In order to beat hunger, we are going to have to combine our resources and our energies consistently. I challenge anyone who reads this to research hunger and your local food banks. If 100 people decided to give $25 a month to their local food bank, it could make an impact of 120,000 meals collectively.  Henna Roso will continue to play, operate food drives, and spread awareness for the fight against hunger, but it is going to take an incredibly consistent collective effort to fight hunger nationwide.

Created in 2016 by Taylor Graham and Justin Dupuis, Henna Roso is a musical collective from Tulsa, Oklahoma that has dedicated themselves to fighting food insecurity in America while creating and playing original music inspired by D’Angelo, Lettuce and Stevie Wonder. Known for the relentless stank-face groove inspired by Graham’s funk/soul sensibilities layered with the complex jazz chord structures and harmonies propelled by the extensive Jazz vocabulary of Dupuis, they weave together a sound rich in melody and an undeniable rhythmic funk. 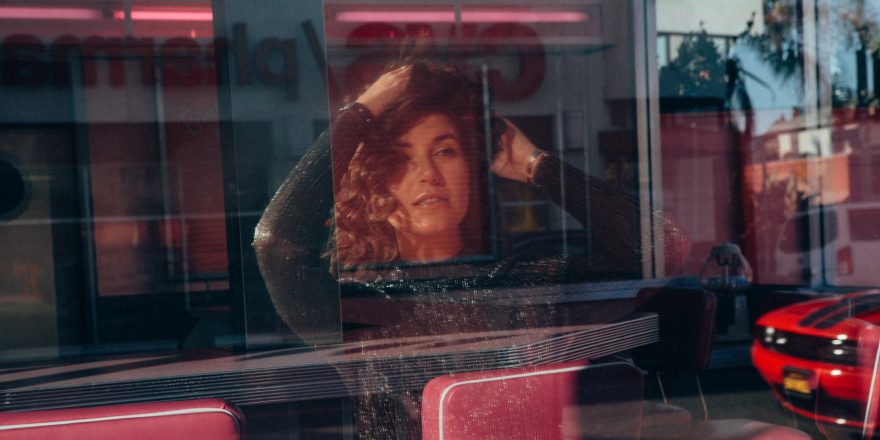 Every Songwriter Is More Than Just a Voice