Sitting under Bo Diddley Bridge with my son Bo and a couple of fishing poles in the summer heat, he noticed a crow walking along the railing. He whistled at it and the crow turned, cocking its head before whistling back. Bo smiled.

“Snakes’ iridescence got nothing on a full sun crow.”

This is a big admission for Bo, since snakes rule our lives, pretty much. Snakes and music and surfing, I guess. But when a crow shines and whistles? You should listen. A week later, Bo Diddley bridge had collapsed but the sun was still shining and I suppose that meant the crows were still iridescent. We packed our pet snakes and Great Dane into a little car and drove down south to New Orleans, where our upstairs neighbor, Dan, was in beautiful drag and hitting the iris gin I’d left on the kitchen counter. Dan: “You can run away from anything. Well… almost anything.”

We tried. We ran to California, where Bo surfed with sharks in Laguna and I almost drowned. Triathlete goddamn lifetime swimmer, raised in the ocean, and this “dead zone” catches both me and the waves and won’t let any of us return to shore. Another Daniel, a lifeguard, swims out to me and holding hands, we begin to drown together, a huddle of lifeguards watching from shore. As Daniel went under, a riptide shot us away from the dead zone and Daniel shrieked, “THAT WAS GNARLY!”

So we lived, of all things, my boy, Bo, pulling his board out of the water at the other end of the beach. And yeah, obviously, you can’t run away from yourself, but the cooler part of that equation is that you can’t run away from love and who’d want to? That you are part of love, you’re in it and you’re a reflection of that. Shines in the sun like an iridescent crow.

Guided by Voices Are Still the Masters of Creepy Cool 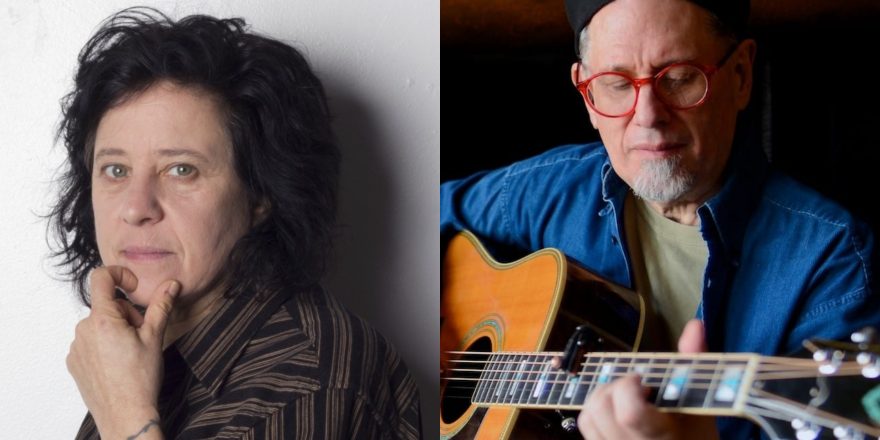 A Conversation with Thalia Zedek and Glenn Jones