Peach Kelli Pop are back with Gentle Leader, the band’s fourth full-length album and first in three years, following close on the tails of the band’s recent EP, Which Witch, their first with renowned Canadian indie pop label Mint Records. Peach Kelli Pop will be touring extensively in support of Gentle Leader and the Which Witch EP, including time in Japan in May, followed by a full tour of North America in the summer and Europe later in the year.

Hear First is Talkhouse’s series of album premieres. Along with streams of upcoming albums—today’s is Peach Kelli Pop’s Gentle Leader—we publish statements from artists and their peers about the mindsets and impressions that go into, or come out of reflection on, a record. Here, Colleen Green discusses what she loves about PKP’s newest, which you can listen to right here as you read Colleen’s thoughts.
—Amy Rose Spiegel, editor-in-chief, Talkhouse Music

I don’t envy music supervisors: listening to hour after hour of music, most of which sucks ass, trying desperately just to find something that fits the moment they’re trying to soundtrack. But searching for Peach Kelli Pop songs to include in her episode of Colleen Green’s CRIBS (my self-produced, self-explanatory YouTube reality show) was a pleasure as opposed to a challenge. The music Allie Hanlon makes is already the soundtrack to her existence, her life, at home, on the road, happily swimming alongside all the other fish in a musical sea. Her songs are always cute, sweet, and—much like the title of her new album “Gentle Leader” with its soft, flowing consonance—they sound good. They also serve as a verbal narrative to her rainbow-colored reality. For example, she loves Hello Kitty and drops this name straight out of the gate on album opener “Hello Kitty Knife.” She loves animals, particularly cats and dogs, and has a few tunes dedicated to these furry friends: “King Size,” about a large dog that might intimidate your average human-on-the-street, is my favorite track on the band’s fourth full-length, sounding like some AM Gold type shit (a slight step to the left for Peach Kelli Pop as well as a pleasant surprise) while “Black Cat 13” is a speedy number about a cat with very big eyes. Indeed, one need view Allie’s Colleen Green’s CRIBS episode only once to see that everything about her —her clothes, her decor, even her plants—is just as adorable as her music. She walks around wearing a kimono and baking banana muffins (which she generously shared with me and my cameraman; as expected, they were warm, fluffy, and delicious). She proudly displays a gifted recipe book that was hand-made by her mother. She exhibits shame at the idea that one of the bathrooms in her house is “not very nice.” In essence, Allie = cuteness, Peach Kelli Pop = cuteness, therefore Allie = Peach Kelli Pop.

Social media attention/actual fame can be a funhouse mirror. What you’re putting in front of it is real and normal, but the reflection is distorted. I think a lot of artists in this day and age can get caught up in the distortion; they start trying to become the distortion, they get addicted to the artificial image and the delusions of grandeur it creates and sometimes forget the passion that brought them there in the first place. Miley Cyrus once said that she wants to be the same exact person in the grocery store as she is onstage, which was basically her trying to give herself a public pass to start wearing insane outfits and acting like a spoiled brat at the grocery store, too. She feels the need to maintain her pop star image no matter where she is or what she’s doing. I think I understand the sentiment behind this declaration, but she’s been standing in front of the funhouse mirror for so long that in practice, that shit came out bass-ackwards. I think that what Miley really wants is to not have to act anymore, but she’ll be acting until the end whether she realizes it or not, and it’s sad. I don’t know if this has ever crossed Allie’s mind, but it’s not something that she has to worry about. She is the same person on record and on stage and on the street, and she’s not acting. She’s just a nice girl who loves to play music, has fun doing it, and wants to make sure everyone else is having fun, too. —Colleen Green

Peach Kelli Pop are back with Gentle Leader, the band’s fourth full-length album and first in three years, following close on the tails of the band’s recent EP, Which Witch, their first with renowned Canadian indie pop label Mint Records. Peach Kelli Pop will be touring extensively in support of Gentle Leader and the Which Witch EP, including time in Japan in May, followed by a full tour of North America in the summer and Europe later in the year.

album premiere
colleen green
hear first
music other
Peach Kelli Pop
From Girlfriends to Girls and Beyond
Second Screen: How Peter Lenkov Brought Buddy Movies Back (to TV) with Hawaii Five-0 and MacGyver 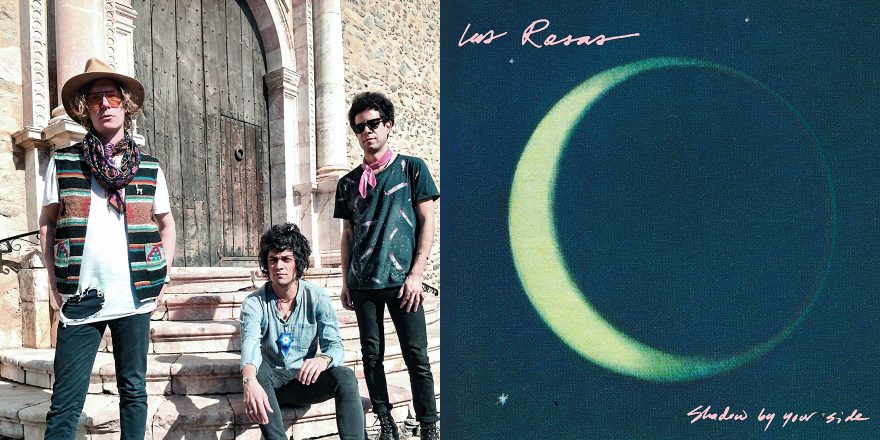 Hear First: Las Rosas’ Shadow by Your Side