Hear First is Talkhouse’s series of album premieres. Along with streams of upcoming albums — today’s is Horror Movie Marathon’s Good Scare — we publish statements from artists and their peers about the mindsets and impressions that go into, or come out of reflection on, a record. Here, friend and fellow Brooklyn-based artist Sean Henry shares some words on the debut album, which you can also listen to right here.
—Annie Fell, Talkhouse Senior Editor

I was a teenager when I saw Will’s his high school band Suns perform a beautifully, raucous version of “Smells Like Teen Spirit” by Nirvana. They were running with guitars and jumping up and down, smashing air. It was shocking, bratty, and very endearing. I thought the wooden Connecticut VFW floor might give; I hoped it would. That was my first time seeing Will. Through different bands, colleges, and cities, I remained close by, hanging out sometimes, but always listening.

I think the perfect time to listen to Horror Movie Marathon’s brand new album Good Scare — starring William Rutledge — is in the middle of the night. I think that’s where a lot of these songs live. I like to imagine the whole thing taking place in one messed up night.

The album welcomes you with the twinkling noises and bustling sounds of “Las Vegas.” It’s immediately exciting, but sad, too, as the cyclical beat, swelling piano, and thumping bass set the groove. The instrumental cries can slice your heart, as thick nostalgia hits before a word is even said. When the vocals arrive, Will elegantly takes your hand and leads the way. The setting is fantastic and surreal with Elvises, bright lights, and big money, while a silly fight between lovers builds until they’re forced to flee. This scene is one of many other great happenings on this album.There’s professors doing cocaine in the bathroom, a devil on the playground, a politician’s Halloween party, broken wedlock, crashed cars, and an unattended indie show.

Yet, as the listener is whisked away to the anthemic “The Broadway One” inner shadows begin to creep. Repetitive paranoias and inner turmoil are experienced late at night and mirrored in the lyrics with lines like, “1, 2, 3, 4, 5, 6/Start over/The feeling in my heart just/Keeps growing colder/And colder/And colder/And colder/And colder/And colder.” Similar shadows cast throughout. On “Jack O’Lantern,” aging yields stomach pain and tinnitus. Will does it with with sensitivity and a charming wink, equal parts haunting and funny. Late night lounge act ballads like the apologetic “Chewed A Hole In My Cheek” and explosive “Warm & Dark” explore these shadows only sonically softer.

As I listened more, I began to witness a battle between inner and outer chaos. Sometimes Will’s character doesn’t go to the show, like on “I’d Love to See Your Show (But I Just Can’t Go)” because “all my OCDs are in town and they/Want to hang out.” And on “Halloween Party,” he’d rather stay home and watch a movie because the world is understandably a “spinning piece of shit.”

Sometimes Will depicts the opposite. Some of my favorite moments on the album are when the outer chaos is met head on valiantly, like on the titular track: “Well I guess I gotta/Own my own bullshit/If I’m to make it out alive/Splattered in blood/With my loved ones by my side/Middle fingers pointed up/High into the sky/So we can have some fun/Preparing to die”. Or simply just getting “deader than a star/And weirder than Mars” after going too hard and chewing a hole in his cheek.

I find these stories are elevated with full and lush arrangements reminiscent of something from Jon Brion. Will’s stellar vocal performances — as well as contributions from Alexander Molini (Pile, ex-Titus Andronicus) and Will Ponturo — maintain a focused work, where the guitars are traded for pianos and haunted synths. Good Scare is quite a listen, a unique theatrical emo-rock album with a refined horror movie aesthetic. 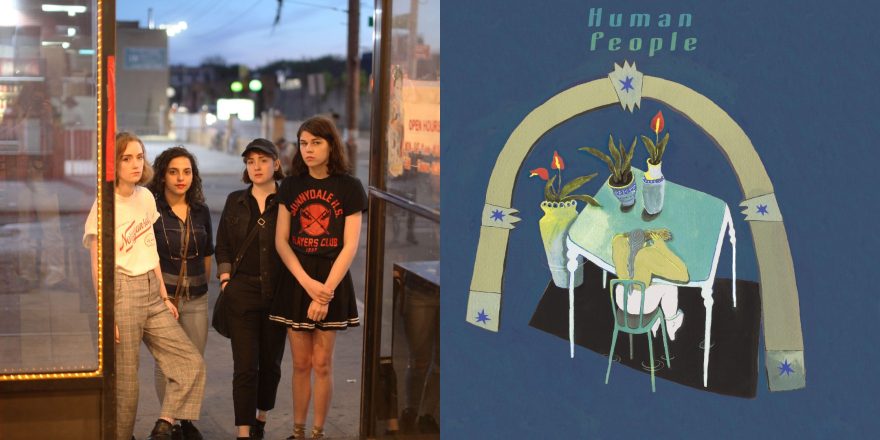