After Everything is the feature debut of writer-directors Hannah Marks and Joey Power. The film, starring Maika Monroe and Jeremy Allen White, is out from October 12 through Good Deed Entertainment. Hannah and Joey also recently wrapped production on their sophomore feature, Banana Split. Additionally, Hannah starred in BBC America’s Dirk Gently. Hannah and Joey both live in Los Angeles.

When we were mapping out the story for After Everything (fka Shotgun), one of the first things we decided on was the setting: New York City. It felt honest. Our characters were in their early 20s, right out of college, like the waves of kids that transplant themselves there every year. It felt pragmatic. We’d spent a ton of time there and knew how to write it with detail. And, notwithstanding the tendency of every generation, from Dutch settlers to our adolescent heroes, to proclaim the real New York dead and over, it felt romantic.

But then we got the chance to make our movie. Turns out, writing a scene where two people talk on a subway platform before one of them gets on the train is easier than staging it. Like, infinitely. There aren’t a lot of empty subway platforms available for rent. Those that exist cost a shit ton of money. You have to deal with MTA bureaucrats. Get extra insurance. Be prepared to deal with weird freight trains rolling through on no sort of set schedule and ruining takes. Also, the platform didn’t come with a bench? Our production designer had to find that separately and treat it with fire retardant to comply with safety protocol and, uh, possible spontaneous combustion. (If you still think we had any shot at getting an actual train for our character to board at the end of the scene, bless your heart.)

Maybe all of this sounds kinda obvious. It wasn’t obvious to us. But we were also mental enough to try to shoot a script with 125 pages and more than 40 locations in 22 days on an indie budget. To call it a learning experience would be a wild understatement. And so, to help staunch the tiniest fraction of suffering in the world, we want to pass on a few major lessons to anyone out there who’s thinking about making their first feature in New York City.

1. Cut out the extra pages in your script, now. Really, this applies no matter where you’re making your movie. We’re sure your words are precious. They are not as precious as the hours you’ll waste shooting a scene that’s redundant or boring or overlong. Time is a sieve on set. You’ll shoot four takes of something and look up to find an hour has disappeared. It’ll take longer to relight than you think. Weather gets in the way. Stockpile as much time as you can before production.

2. Combine locations in your script, then combine some more. It takes a long time to move trucks and equipment and dozens of humans in the middle of one of the most crowded cities on the planet. The load-out and load-in takes a long time. This is really lesson 1b.

3. Maybe don’t shoot the most intense scene between your lead characters (portrayed by Jeremy Allen White and Maika Monroe) on your first day of production. On a crowded avenue in the East Village. Where you can’t control traffic or pedestrians trying to get home from work, who tell the sweet PA trying to herd them elsewhere to fuck off. Especially if a nice quiet, controlled hallway might do the trick! This is really lesson 1c.

4. Things will go wrong. One time, our camera got locked in the truck, with the keys stuck in the distant Brooklyn apartment of someone who’d overslept. One time, the mayor’s office reached out to let us know that if we proceeded to shoot a scene where our characters throw stuff off a roof — a scene they already knew about and had previously approved — they’d pull our permits for the rest of the movie. In these situations, be constructive, be prepared to think on your feet, and be kind. Of course, it’s normal to feel like the world is burning, but a whole team of people has willingly decided to bust their asses to help you realize your dream. Remember this when you are angry. Be kind!

5. If you’re willing to put up with the bullshit, you’ll be rewarded, unexpectedly and often. We found a church in Greenpoint with a massive apartment hidden upstairs. The place became three separate locations, offered the worn detail no stage could, and saved us so much moving time.

Budget constraints forced us to scrap a scene where our characters ride a speedboat. Instead, we shot on the Staten Island Ferry for free and ended up with something much better. The ferry felt more true to the characters and the exhilaration of watching Jeremy and Maika navigate an unpredictable public environment translates on screen.

As for that issue with the mayor’s office, in a brilliant feat of screenwriting, we had our characters use baseball bats to smash the shit they were originally meant to throw off a roof. The simpler setup allowed us to spend more time improvising with Jeremy and Maika. Plus, we got a beautiful shot of the

Manhattan skyline at sunset, complete with an elevated subway train passing in the background —something we never could have afforded or orchestrated.

To sum it all up, it is very expensive and a logistical nightmare and you’d be insane to shoot a movie there. But it’s also still magical. We suggest you hurry and get on the first flight to JFK.

After Everything is the feature debut of writer-directors Hannah Marks and Joey Power. The film, starring Maika Monroe and Jeremy Allen White, is out from October 12 through Good Deed Entertainment. Hannah and Joey also recently wrapped production on their sophomore feature, Banana Split. Additionally, Hannah starred in BBC America’s Dirk Gently. Hannah and Joey both live in Los Angeles. 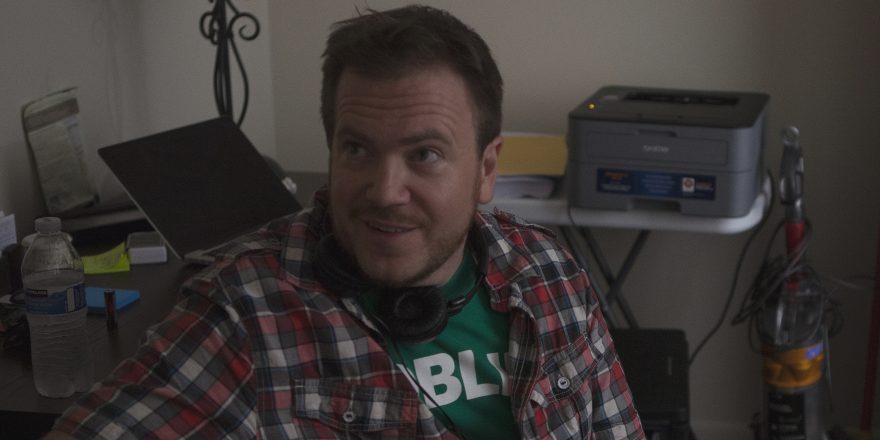 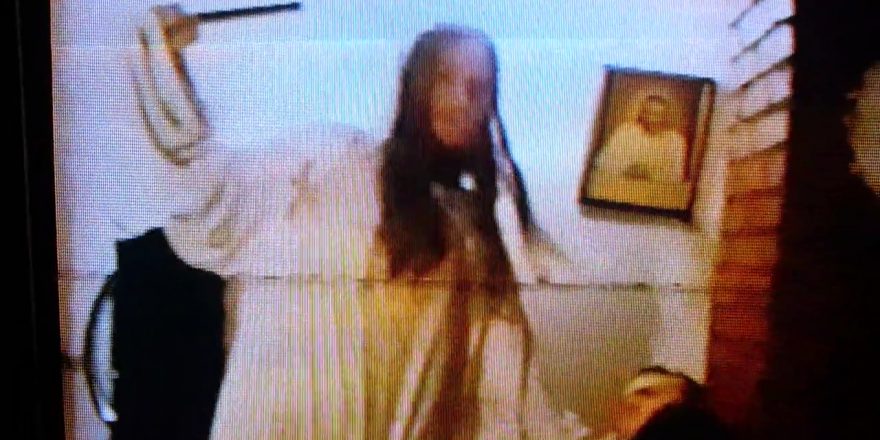