For some reason, my schedule worked out in a way where I consumed these four pieces of media more or less in quick succession:

Hail, Caesar! was unfortunately the least effectual piece of media on that list. My nonplussed reaction may be due to the fact that it was sandwiched between Yoncé and Yeezy, but part of me thinks that its profound underwhelming-ness is singular and self-contained – a sort of frump of a cinematic experience whose lack of luster is timeless.

I’m behind on a lot of stuff in my life. I’ve bit off more than I can chew, more than 2 of me can chew, really, and I find myself praying for more teeth, knowing all the while I should simply share my food.

That is one of the daydreams, one of the cognitive wanderances I had while watching Hail, Caesar! The Coco Bros. love a middle-aged white man having an existential crisis mired in hilarity (Barton, Fargo, Serious Man, etc., etc.) This movie has two of those: a studio exec (Josh Brolin) and a movie star (George Clooney), one’s crisis paralleling the other’s. Clooney coming to terms with how his particular gear in “the machine” of the entertainment industry spins in service of draconian hypercapitalism, all the while knowing he can be corrupted and/or commissioned to turn the other way and subvert said hypercapitalism … through the power of “tha pitchas.” This is by far the most interesting conundrum Hail, Caesar! busies itself with. Unfortunately the film doesn’t have the maturity to sit its ass down and focus on what would have been a heady but timely exploration of the idea of cinema as both product and purveyor of the religion of capitalism.

Brolin is having a more trite spiritual dilemma. His brain only thinks in vapid “American MAN” archetypal platitudes. “Do movies matter?” Is it worth the expenditure of his substantial intellect and brawn to try and make and market mass entertainment to line the pockets of oligarchs and put a smile on the face of the everyday American? His brood says no, and his gait says, “I like this shit because I’m good at it.” He’s Willy Loman had Willy been successful and brought home maaaaad bacon, which … had that happened … would defeat the purpose of that play. They’d have to retitle it. The Fucking Amazing Life of the Greatest Salesman of All Time (no snark).

I was wondering at what point I actually started to believe that I owe money to these banks who call me daily and demand my student loan payment. At what point did I buy into the system psychologically? At what moment did I understand the money they say I borrowed from them to be a real, tangible thing, whose exchange bears any consequence on my personhood…? I suspect that moment was at some point in economics class my sophomore year in high school….

That is the fourth or fifth daydream, another cognitive wanderance that came about slowly during a very funny scene in Hail, Caesar! when this stuntman cowboy is commissioned to act in a slow-burn drama directed by Ralph Fiennes. An exchange ensues over the pronunciation of a line that bleeds of a mid-Atlantic bourgeois rearing. The stunt guy can’t get the rhythm or intonation. Classic Coco Brothers, physical-esque comic beats that bounce off the screen. Got a big laugh from me and my lady friend.

The movie could have been a cool little TV series; like, this is what Matthew Weiner should have picked up after Mad Men. It could be basically the same series except instead of dealing with the evil trivialities of the ad industry, you could deal with the larger-scale diabolical trivialities of the movie industry. There are plenty! Of course. Racism, white supremacy, racism, white supremacy squared, misogyny, ageism, materialism, Kabbalistic cults, fucking Bohemian Grove, the New World Order, the Illuminati, ummmm. McCarthyism – what else? You could take it all the way to the Roman Polanski case, the Woody Allen case that should have happened but didn’t because…. he’s white. And even the Rob Lowe case. Hail, Caesar! kind of works as a TV pilot. As a movie, it’s unfollowable but not weird enough in its execution for that labyrinthine narrative style to be an intentional thing that bears aesthetic fruit, an adventure which I would be willing to pay to accompany the directors on.

Why is Beyoncé so fantastic? What juju did she perform? What specific juju situation did she put on us, the black masses, to enrapture and enchant us in the swell of her synapses? The iris of her ideas, the sensuality of her superego? At what point did I personally decide that she and I must know each other personally? Why did I have that strange dream about her years back when her eyes turned to peppermints that spun and communicated telepathic messages to me? Telling me in her calming Texan drawl, “Terence, everything will be fine…”

Wait, is the movie over? I think I drifted off for a lot of it, I think Scarlett Johansson’s accent was boss. There are some interesting parts in which the process of making a movie in the ’50s was revealed. Watching it from afar, the process seems truly absurd. Why did I decide to do this with my life again?

Kanye, Bill is guilty. And I don’t care how dope Chance’s verse is on “Ultralight Beam,“ I will STAY MAD AT YOU UNTIL YOU TAKE IT BACK. 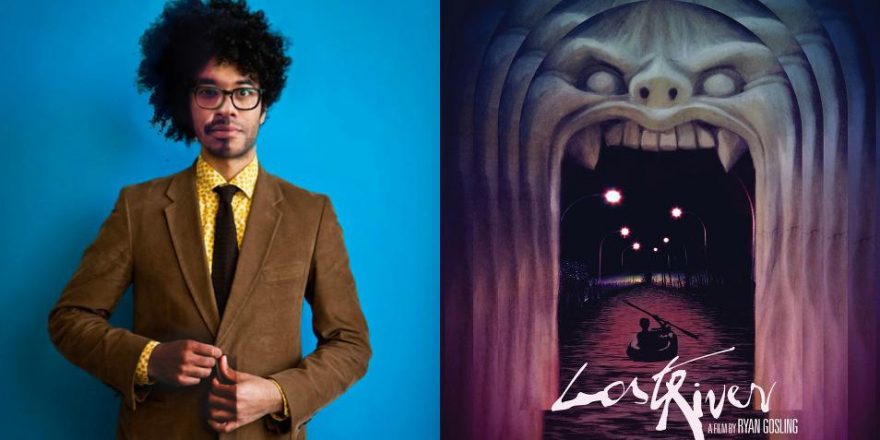