In 2008, our band was invited to support James Blunt on tour. An email from his people came through to us, asking if we’d like to hit the road, tailgating Blunt’s myriad production and tour buses around the UK’s arenas for £50 a night. We were unable to accept the offer as we were due to be playing our own shows at the time, in lower mid-size venues with support from No Age and Times New Viking under the banner of the “Shred Yr Face” tour. I can’t help but feel this was a sliding doors moment for both us and Blunt. We, the fresh-faced mixed-gender band, dressed in bright colours, playing the saccharine indie-pop of our first album (fairly certain his booking agent confused us with Alphabeat) to tens of thousands of people who bought records rather than torrenting them. I’d have been charming, complimenting our host onstage, in the same manner you’d thank a friend’s parent after being invited ’round for your tea, and his Middle England crowd would have lapped it up. Fame and fortune would have been a formality. Likewise, Blunt, eager to impress these hip young rock & rollers he’d brought on tour, would have confided in us about the artist within, confined by Major Label shackles. As sure an artistic ascent as Scott Walker’s would have followed, no doubt.

The support tour didn’t happen and both the band I’m in and James Blunt himself are where we are today. We, five albums in, begrudgingly respected (tolerated?) as the last bastion of British blog-rock, working day jobs to allow us to continue with music as a hobby. Blunt, four albums down, the outdated punchline of an emasculating joke, with millions of record sales in his back pocket. But oh, what could have been, James!

My girlfriend was knocked over by a car two weeks ago, and though thankfully she’s incredibly brave and on the mend she’s since been pretty immobilised and had to have a metal plate installed in her shoulder. Subsequently, last week we went to the hospital for her operation, and as we sat down in the waiting room at 6:30 AM, she and I the only people there, bar the diligent nursing staff, I hear Blunt playing in the background on breakfast radio. It’s “Bonfire Heart,” the lead track from his new album Moon Landing. The seasonally appropriate track is a harmless, almost enjoyable song. It confirms my fear that the Lumineers’ “Ho Hey” being covered on Britain’s Got Talent would become somewhat of a Year Zero for contemporary MOR, but it’s bearable and washes over you in a manner that’s pretty perfect for a hospital waiting room. This led my girlfriend and me on to talking about Blunt, and how he’d been demanding reappraisal of his character lately via aiming a string of pithy, often crass putdowns of his detractors on Twitter. See, Blunt’s been searching social media for negative comments about himself, and then manually RTing them with the addition of his own zingers. You’ve likely seen it on your lunch break, Buzzfeed did a list. Disregard the fact that anyone so narcissistic as to seek out and respond to the insults of faceless people on the internet deserves every bit of the emotional pummeling they discover, and, yes, it was quite entertaining.

And this is the main question that hangs over Moon Landing, for me. How can someone who has illustrated within his public persona, on the internet and in TV appearances, that he’s a witty, decent bloke, reconcile himself with putting his name to something so anaemic and characterless? I wanted to write a positive review of this album, because I’d argue in the year 2013 there’s very little point in the existence of a negative James Blunt review, and, hey, nothing could be more subversive than for me to enjoy this record. However, its redeeming qualities are minimal. I’d not followed James Blunt over the two records that came in the interim of his first, Back to Bedlam (that’s a really good album title, actually. My mum had the CD in her car for quite a long time, and let me tell you, she enjoyed it far more than she ever has Times New Viking) and this new one, but I find it incredibly difficult to believe they even existed. How has Blunt gone three records without his “do/you/blue” rhyming triplet before? Such a creative plateau wouldn’t unsettle a spirit-level in the slightest.

By and large, it’s all inoffensive, of course it is, but some of the sentiment gets plain gross. The Lana Del Rey-aping “Miss America,” by all accounts a tribute to Whitney Houston, is terribly patronising (and clumsy) as it asks the deceased, “Was the picture in the paper not the face you recognise? Did the make-up never make up for the pain behind your eyes?” Whereas “Postcards” takes an almost promising idea (James is so proud of his love that rather than sealing it in an envelope he’s happy to write it on a postcard where any old nosey postie could see it), but sets it to a backdrop of insipid backpacker ukulele, in what could genuinely be the most nauseating song I’ve heard this year.

No surprises, then, and sadly my prediction of Blunt eventually making his own Bish Bosch seems more doomed than ever. But James, knowing you almost certainly signed up for Google Alerts of yourself recently: our touring plans for 2014 are minimal. We can still make it happen. For the good of us both! 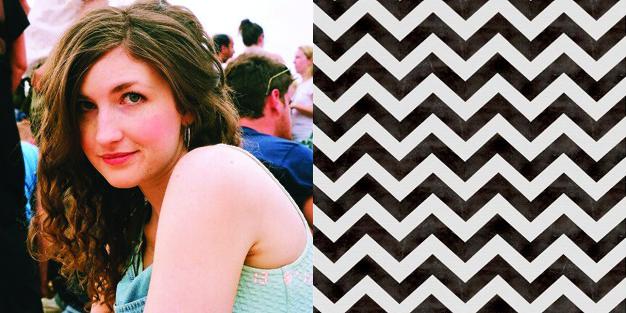